By Andrew Dudley - Published on May 27, 2010.
San FranciscoDuboce Triangle
Stepping just barely outside the Lower Haight for a sec, we bring you news of a new cafe dubbed Cortado. It's opening on Tuesday at 2168 Market, replacing The Cafe at Cafe du Nord. (That's a lot of "cafe" for two sentences -- apologies.) Anyhoo, yesterday we took a peek inside, chatted with the proprietors Eli and Fiona, and got the following lowdown on the new venture.

Firstly, Cortado will be focusing on high-quality, hand-crafted coffee creations -- more in the vein of Ritual or Blue Bottle than Starbucks or 7-11. They'll be brewing coffees & teas from Equator, whose roasts can be found at quality establishments like Arizmendi and The French Laundry, among others. Judging by Cortado's equipment, like the ultra-sexy Chemex glass coffeemaker, these folks are serious about coffee. Even the shop's name, "Cortado," is derived from "café cortado," an espresso & milk drink popular in Spain. Have you heard of a café cortado before? We sure hadn't. But we don't get out much. 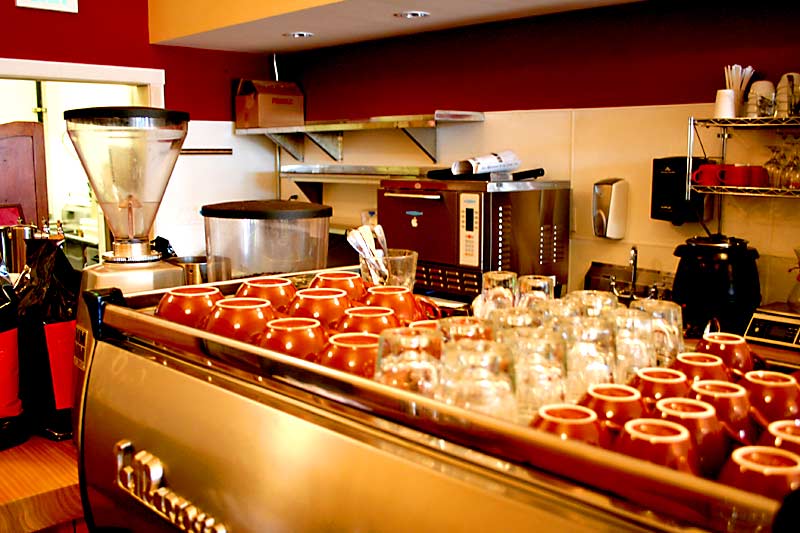 Foodwise, expect upscale cafe fare, with breakfast items, salads, soups, quiches, sandwiches, pizzas, and a couple of Lebanese-influenced items, reflecting the owner's family's roots. The early menu we saw contained items like a Proscuitto and Fig Pizza with Fontina Cheese, and a Portabella Mushroom Panini with Sweet Red Peppers, Watercress, and Sage. Whoa! The space (which was not quite finished when we visited, understandably), will remain largely unchanged from its previous incarnation, only spruced up with some new touches. A bar counter at the rear of the shop will let folks belly up for a brew -- coffee or otherwise. That's right, they're in the process of securing their liquor license and should be serving up beer and wine in a few weeks. 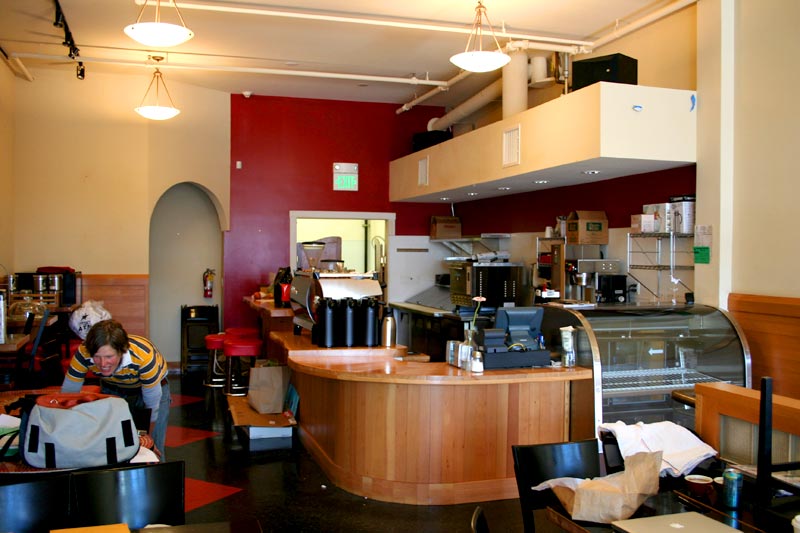 Other additions to the place will include original art by local artists, free wifi, and possible live music once they get up and running. And, as is pretty uncommon for coffeeshops in this area, they'll accept credit cards. So, that's Cortado -- opening this Tuesday, June 1st. Thanks to Eli and Fiona for letting haighteration in for the pre-launch glimpse. Looks like they could be brewing up a winner! (In case you haven't realized after this, our 100th post, we like bad puns a latte.)
San FranciscoDuboce Triangle
About 5 hours ago