By Andrew Dudley - Published on June 23, 2010.
San FranciscoDivisadero
Several readers have emailed us asking if we can explain what, if anything, is happening at 350 Divisadero. Sure, we can do that.

First, some backstory. You wouldn't know it by looking at it, but back in the '60s and '70s, 350 Divisadero was a popular live music venue called the Both/And Club, hosting the likes of Ike & Tina Turner, The Steve Miller Blues Band, and Miles Davis. 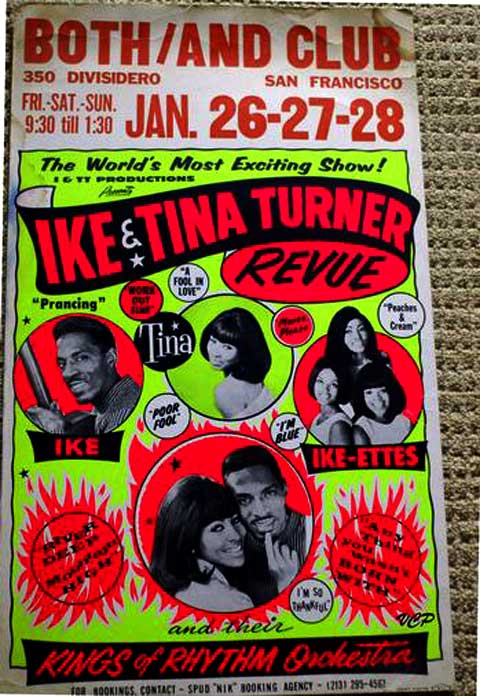 Vintage Concert Posters
Then in the late 70s, the Both/And Club moved up Divisadero to the space that's now The Independent, and, well, 350 Divis has basically alternated between vacancy and pot dispensing ever since. The latest development is that a fellow named Joe Hunt, who owns a few other MCDs (medicinal cannabis dispensaries, duh) in the city, wants to open one at 350 Divis. In an effort to be a good neighbor, Hunt held an open house in the space on June 2nd, inviting neighbors and merchants to come learn about his plans and voice their concerns. The Square, a new Alamo Square-based blog, has a super recap (and video!) of the event. But somethin' ain't quite right here.

For one thing, at one point last year, Hunt was supposedly going to turn the space into a boxing gym. He even had a named picked for it -- "Student of the Game," and received a grant and agreement from the Mayor's office to move forward with building out the new facade. But according to The Square, Hunt now says that:

...he never wanted to open a gym at that location and that it was simply a plan B in case the dispensary didn’t work out. "The backup plan is just something I threw out there to make them a little more comfortable with the rent, but it’s not viable," Hunt said.

Needless to say, some residents felt a little bamboozled by this. Meanwhile, multiple neighborhood associations with impressive acronyms (ASNA, NOPNA, DMA, and our very own LoHaMNA), came together in opposition to the plan. Their concerns? On June 9th, the San Francisco Board of Appeals had a hearing at which an additional concern was discussed-- namely that Hunt was trying to take over the previous dispensary's permit, which had expired. The Board ultimately determined that Hunt's MCD can't be grandfathered into the space via the old dispensary's permit, and needs to go through the permitting process from scratch. So the next day, Hunt filed for a permit. And that's where it stands now -- waiting for the permitting process to move forward. No doubt there will be more opportunities for public comment, but for now, the space remains in limbo. We'll keep you posted. Got anything else you'd like us to explain? Let us know.

San FranciscoDivisadero
About 22 hours ago