A group of Divisaderian neighbors is hoping to save the once-glorious Harding Theater (616 Divisadero) from oblivion. But to do so, they need input, support, and a whole lot of money.

First, some history. The Harding was built in 1926, designed by the Reid Brothers, an architectural duo behind such San Francisco landmarks as the Cliff House and the Fairmont Hotel, as well as many local high schools and movie theaters. For the next 50 years or so, the Harding served as a movie house and live performance space, hosting everything from vaudeville acts and silent movies to concerts by Curtis Mayfield and the Grateful Dead. In 1973, the Harding transformed from an entertainment venue into a church and community center. It continued in that role for 30 years. Then, in 2003, the building was purchased by developers who harbored plans to demolish the theater and replace it with condos. Those plans were approved by the SF Planning Commission in December 2004. That's when a group of preservationists got together and protested the demolition plans before the Board of Supervisors. Some legal tussling ensued, with the Board subjecting the project to multiple reviews and revisions over the next few years. By 2010, the space had fallen into a state of pretty astonishing disrepair, as was depicted in these photos by SF Citizen: 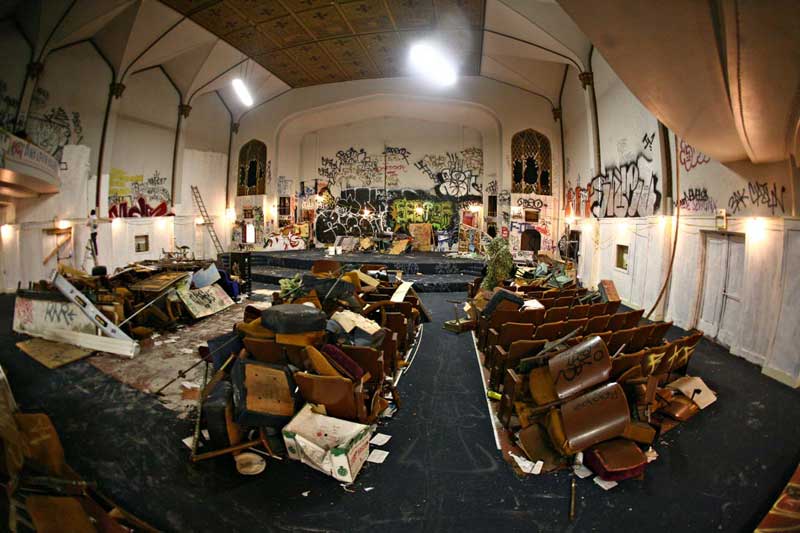 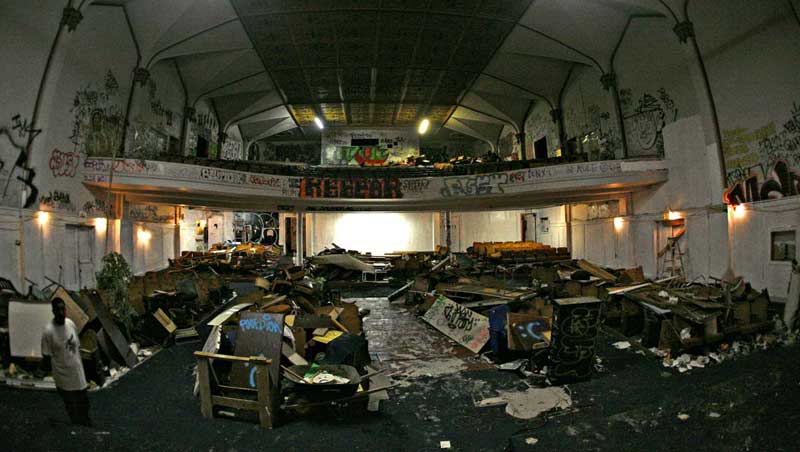 SF Citizen
Eventually, the developers gave up their condo plans and put the Harding back on the market. And there it remains — currently listed for $3.6 million. Now, some neighbors have banded together to form the Harding Theater Adaptive Reuse Project. Their stated goal is to "facilitate the purchase, restoration, development, and operation of the Harding in order to preserve and revitalize its historical legacy while maximizing community benefit and utilization." To kick things off, they've created a survey to both get feedback from neighbors and provide people with a means of getting involved. To take the survey, click here. According to the H.T.A.R.P:

"The Harding is currently protected as a historical resource under the California Environmental Quality Act (CEQA), is eligible to be designated as a local landmark and registered on both the California and National Historical Registers, and has the potential to be restored and developed to provide a variety of desired uses. However, the theater will continue to remain unused and deteriorate (and possibly be demolished in the future) without a coordinated community effort."

We'll watch this one for any significant developments. In the meantime, here are some photos of the Harding from its heyday in 1942, courtesy of the San Francisco Public Library: 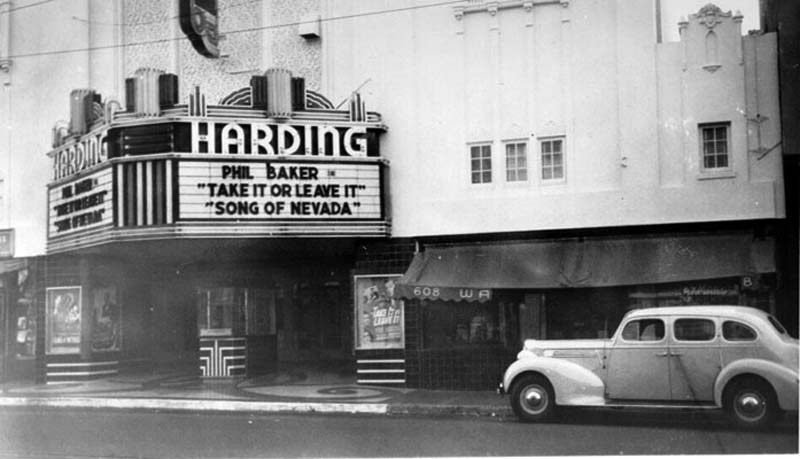 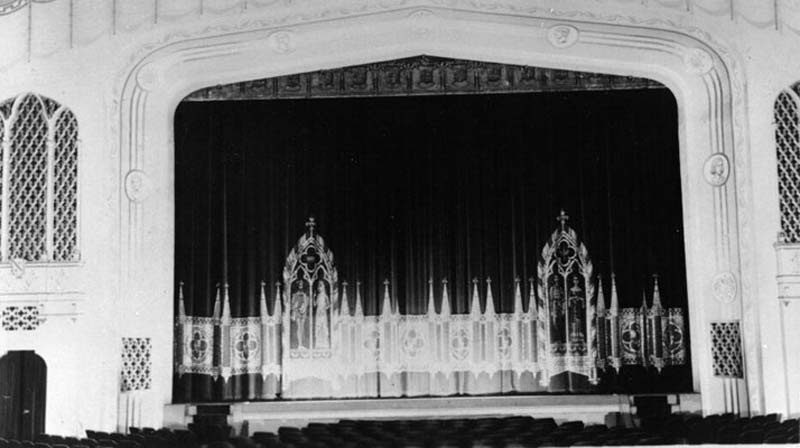 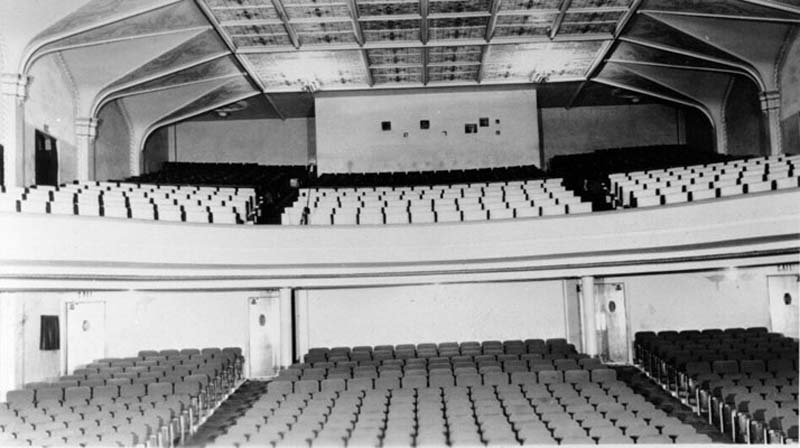