A century ago, San Francisco was plagued by a deadly outbreak. Here's the true story of an operation based in the Lower Haight that saved the city.

Just over 100 years ago, San Francisco was twice struck by the bubonic plague. The first outbreak, which lasted from 1900 to 1904, was largely confined to Chinatown — in part because racial segregation meant that most of San Francisco's Chinese were crammed into poorly-made and densely-packed housing there. The second outbreak, which spread all over city, was at its peak between 1907 and 1909, just as the city was recovering from the 1906 earthquake.

The plague arrived in San Francisco via stowaway rats on ships docked at San Francisco's harbor. The ships came from ports in Asia and Hawaii, which had both already seen major outbreaks of the epidemic. In order to combat the disease, the rats themselves had to be rounded up and exterminated in hopes of also eliminating the fleas they bred — fleas that landed on humans, infecting them with the deadly disease.

During San Francisco's second outbreak of the plague, all of these public health efforts were orchestrated from headquarters right here in the Lower Haight at the corner of Page and Fillmore. The offices and "rattery" were housed at 401 Fillmore, a two-story Victorian, which has long since been replaced by a larger apartment building. 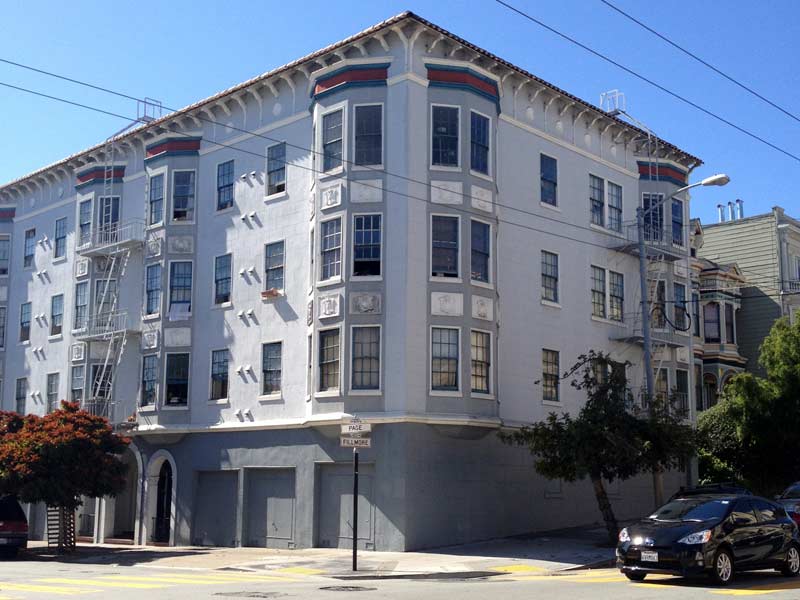 But the stories of rats and plague in the Lower Haight live on in newspapers from the time. 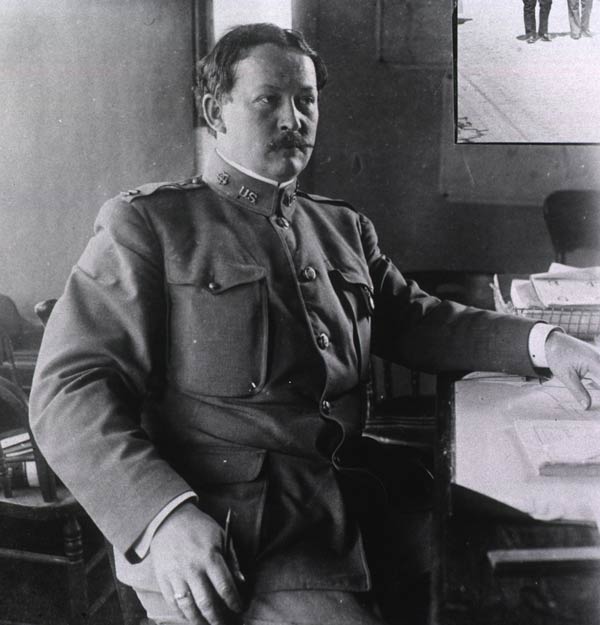 Dr. Rupert Blue / National Library of Medicine, History of Medicine Images Collection
Dr. Rupert Blue of the US Public Health and Marine Hospital Service led the anti-plague campaign during the second outbreak. The first difficulty for Blue was finding a home for the plague laboratory; many people understandably did not want to rent out their property to what would soon be home to rats and fleas carrying the bubonic plague. They finally settled upon 401 Fillmore Street, which they rented for $80 a month from a landlord named Mrs. M. M. Fitzgerald. 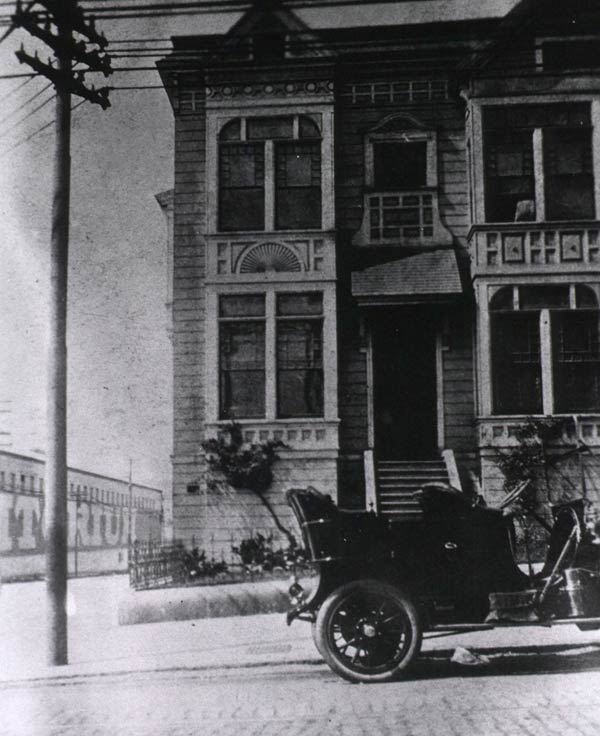 401 Fillmore / National Library of Medicine, History of Medicine Images Collection
Prior to becoming the plague headquarters, the house seems to have been used as a family home. Throughout the 1890s, for instance, advertisements regularly appeared in the San Francisco Call looking for a “good girl” or a “good American or German girl” to perform “general housework” for a “small family” at 401 Fillmore. It could be that Mrs. Fitzgerald just happened to have an empty house on her hands at the time that Blue was looking for his plague headquarters. In any event, this is where he ended up. Once Blue and his fellow scientists moved into 401 Fillmore, they immediately set about hiring rat catchers and sanitary engineers. Hundreds of out-of-work men applied. 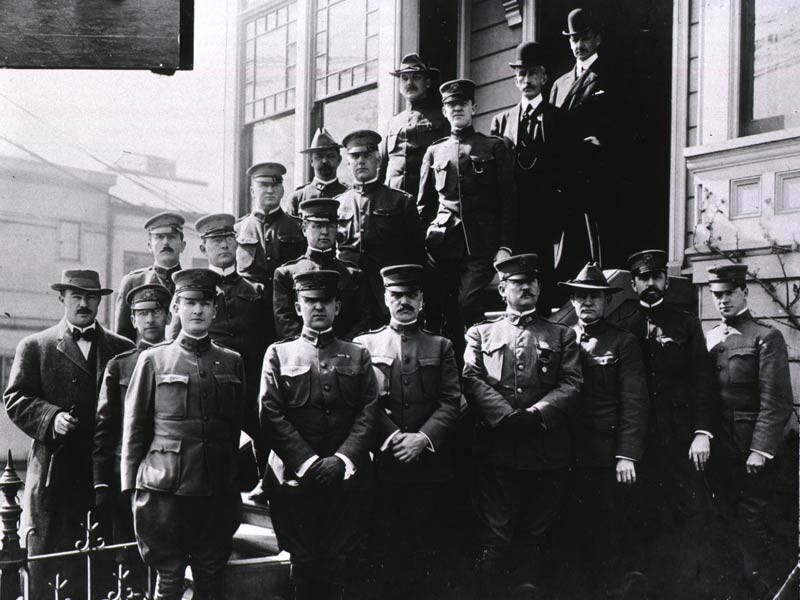 Blue, front row, fourth from right, and his team at 401 Fillmore / National Library of Medicine, History of Medicine Images Collection
At a lecture at the First Unitarian Church at Geary and Franklin in February of 1908, Blue explained to his audience that the best way to combat the plague was to kill the rats, either by poison or starvation. Do not leave out food scraps. Make sure that your garbage cans close tightly, and make your basements “rat tight.” Above all, do not touch the rats, dead or alive, and avoid the fleas that live in their coats. Allow the professionals to take away dead rats. At the headquarters, Blue constructed the "Rattery" in an annex that seems to have been behind the house itself. There scientists dissected the rats, looking for telltale signs of the plague. If they found them, they then developed germ colonies from the bacteria and injected those into guinea pigs. If the guinea pigs died, they knew they would have to redouble their efforts to round up the rats in whatever area of the city the rat had come from. 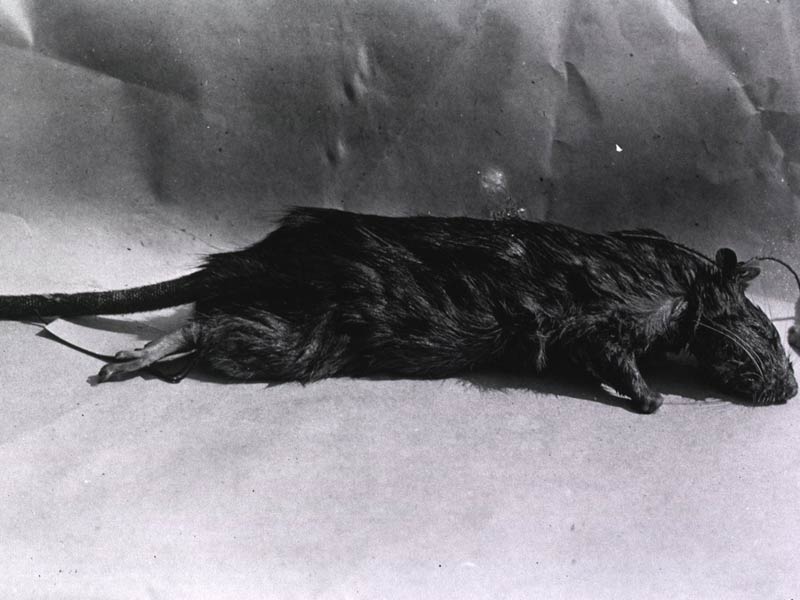 National Library of Medicine, History of Medicine Images Collection
They dissected hundred of rats each day, filling eight to ten steel garbage cans daily with carcasses. The work was urgent; less than a month after Blue’s arrival there were already fifty-one positive cases in humans and thirty dead. The cost of all this was between 30 and 50 thousand dollars a month, which included the wages of his 300 employees, the rent at 401 Fillmore, and the supplies (including poison and cheese, of course).

By November of 1907, other countries were instituting quarantines against the city of San Francisco, and the federal government agreed to commit $50,000 in aid per month. Blue's team was catching 13,000 rats per week, and testing as many as they could. All told, 281 San Franciscans became ill with the plague, and 190 died in the second outbreak.

Throughout the epidemic they had tested more than 154,000 at the Rattery at the corner of Fillmore and Page. Simultaneously, Dr. Blue used the office at 401 Fillmore for other public health duties. In 1909 an article in the San Francisco Call reported that anyone who wanted to give up any “white rats, white mice, guinea pigs, hares, South American and old world monkeys and orang outangs,” should bring them to Blue at 401 Fillmore. He would collect the animals for shipment to the leper settlement in Molokai, Hawaii, where they would be used in order to help treat and cure leprosy.

Blue closed up the headquarters at 401 Fillmore in 1910 once he had largely wiped out the plague in San Francisco. Fresh on the heels of his successes here, he was appointed US Surgeon General in 1912, a post he held until 1920. He was later president of the American Medical Association.

But back to the Lower Haight.

After Blue's operation moved out, 401 Fillmore became the home of E. S. Bonelli, who gave private music lessons under the aegis of the Bonelli Conservatory of Music. Bonelli had moved to San Francisco in 1880 after musical training in Germany, and founded the San Francisco Conservatory of Music in 1881. By the early twentieth century, however, having fallen on hard times, Bonelli was offering music lessons in his "Conservatory" at 401 Fillmore. He was also running a loan business from the home, lending out money against the value of furniture and pianos, according to the ads he regularly placed in San Francisco papers. In 1911 he was also sued as a co-respondent in a divorce case, meaning that Bonelli was accused of having an affair with the wife of the divorcing man.

Bonelli died at 401 Fillmore in November of 1912 and the house presumably passed on to other owners or renters. At some point the house at 401 Fillmore Street, as well as several others around it, were torn down, and in 1927 the large blue apartment building that currently occupies the site was constructed. Its front door and address are no longer on Fillmore, but instead face Page, meaning that there actually is no "401 Fillmore" any longer.

And there you have it — yet another little-known example of history being made, right here in the Lower Haight.

Parts of this story are drawn from the work of Marilyn Chase, "The Barbary Plague: The Black Death in Victorian San Francisco" (New York: Random House, 2003).