New in the Neighborhood: Vinyl Dreams

By Andrew Dudley - Published on May 30, 2013.
San FranciscoLower Haight
The Lower Haight's family of record stores gets a new member this Saturday, with the opening of Vinyl Dreams at 593 Haight Street.

The shop is the project of owner Mike Battaglia, also known as DJ Mike Bee, who is himself a longtime Lower Haighter. He moved into an apartment at Steiner and Waller way back in 1996, and has watched the neighborhood change in the 17 years since. "I've seen it all come and go," he says. That's true when it comes to music, too. Mike worked for about 15 years at Amoeba Music before starting Vinyl Dreams as an online-only venture back in 2011, originally with partner Darren Davis (who used to own Tweekin Records, which later became Black Pancake). About a year ago, Mike ran a pop-up shop at Black Pancake, and was blown away by the event's success. He began to think that a brick-and-mortar operation might not be such a crazy idea. "I had never considered a shop before because rent is just too insane" in San Francisco, Mike says. But when Black Pancake announced that it would be closing, with Wild Feather taking its place, Mike realized the soon-to-be-vacant spot at 593 Haight Street would be a great location for the first physical outpost of Vinyl Dreams. (It doesn't hurt that it's a block away from Mike's apartment, either.) 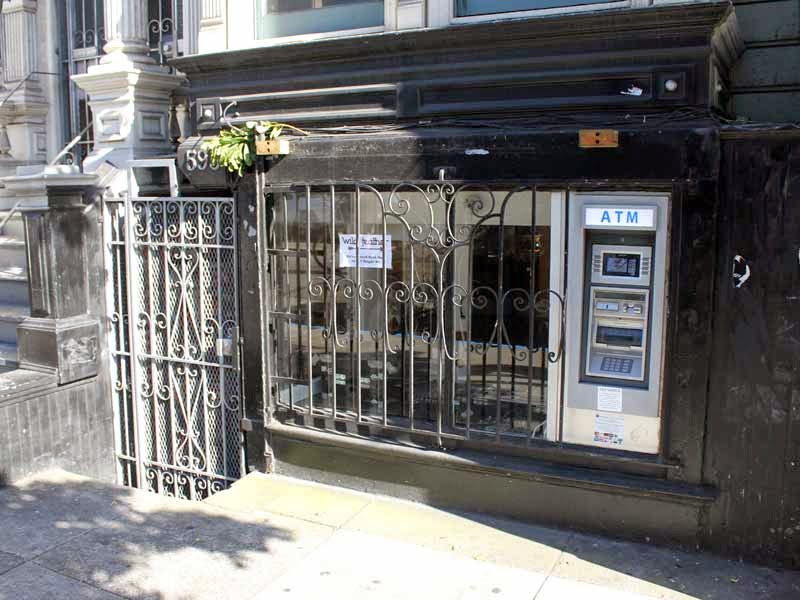 So, Mike has been filling the space with bins full of dance music records, with a focus on SF- and California-based artists. "It's going to be very curated -- almost like a gallery." 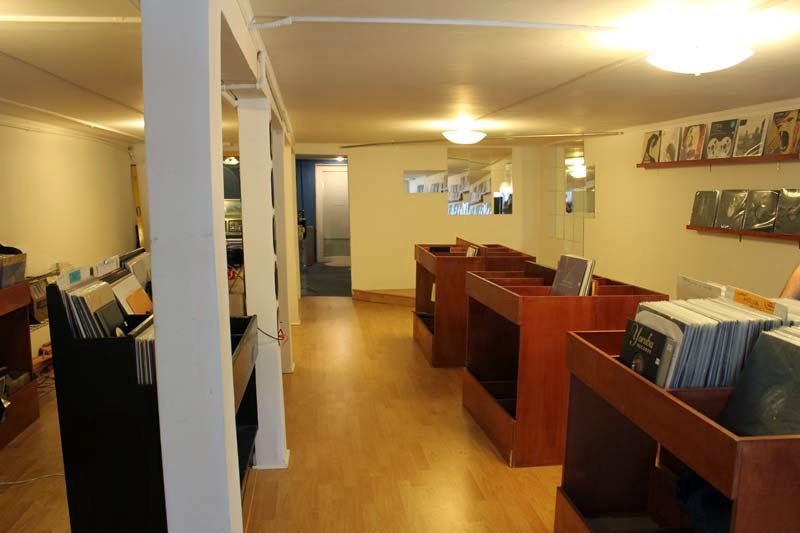 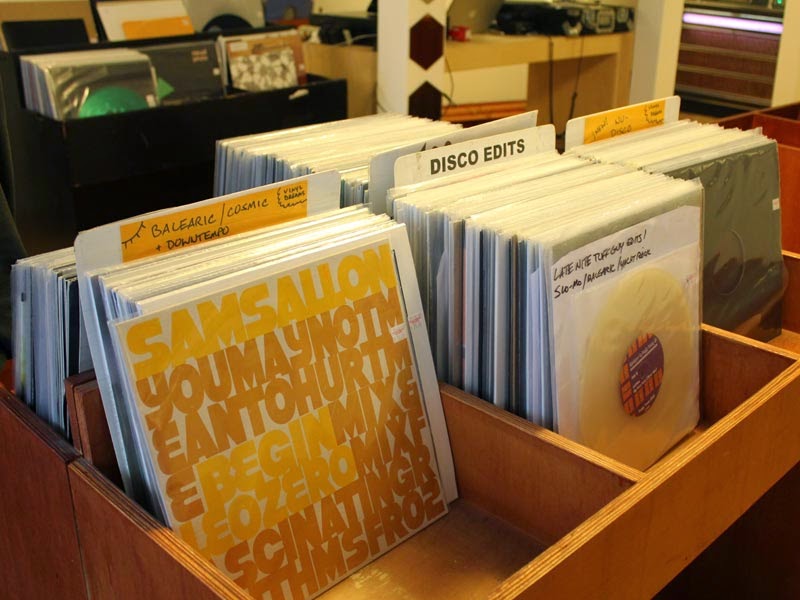 There's still a counter to build out, and a total of 4 listening stations to set up. Mike wants to add some sort of sound system to the facade of the store, so he can pipe music out to the street. He also envisions a large plasma TV in the store's window to display installations by video artists. Mike expects to have "tons of events" at the store featuring both live performances and conversations with artists. "I want it to be a focal point for the dance music scene... sort of a headquarters for dance music." 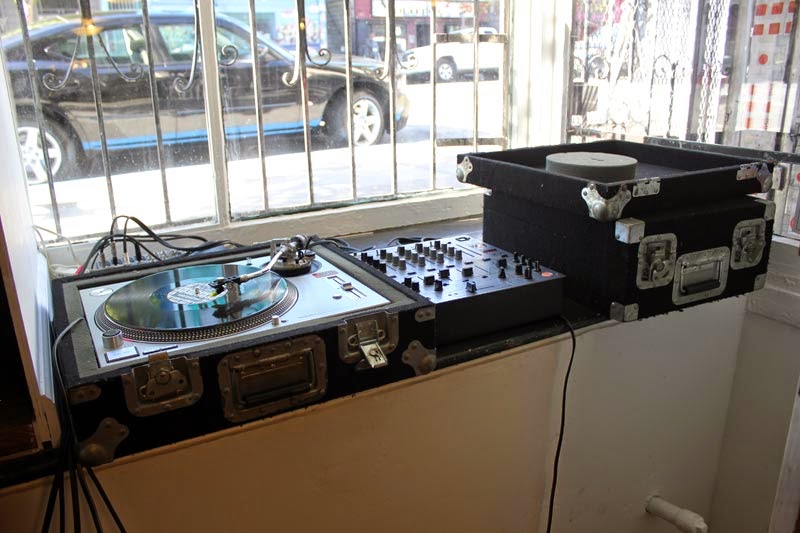 One other element he'd like to add to the walls of the shop: photos from famous clubs of SF's recent past. Spots like the Trocadero Transfer, Club Townsend, and the Lower Haight's own The Top were crucial to the city's music history, and with Vinyl Dreams, Mike hopes to both honor and continue that tradition. Still, it's 2013, and with digital music all the rage, isn't it crazy to be opening a record shop? Not at all, Mike asserts. "People are getting disillusioned with digital," he says. "Don't get me wrong, I have a terrabyte of MP3s at home. But I can immediately tell the difference between CDs and vinyl. Hearing a record on a well-tuned sound system doesn't compare to anything else, especially in a club. And as a DJ, these records are my tools. I'd rather be looking in my bag for what to play next than staring at a screen." With Vinyl Dreams he wants to "give people what the digital experience really lacks." That means a lot of music that's only available on vinyl, and the curation that comes from decades of experience in the local music scene. 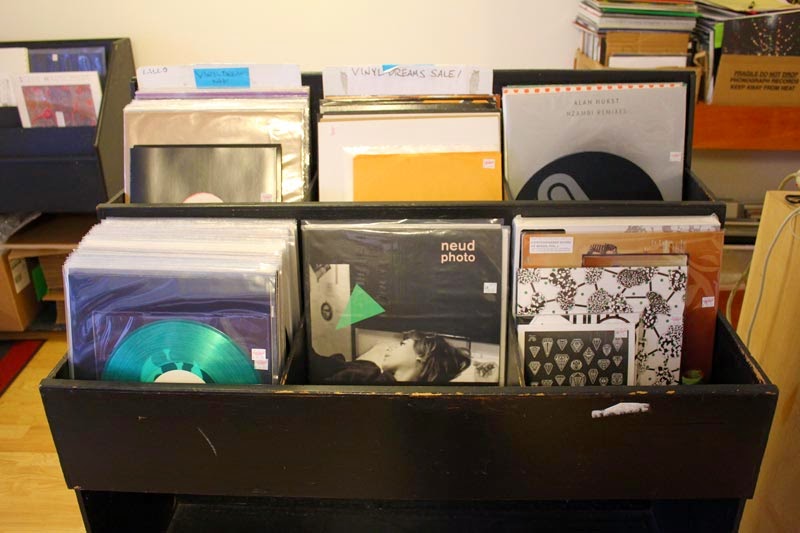 Vinyl Dreams will have its official soft opening this Saturday at noon, timed to coincide with the Lower Haight Art Walk. There are DJs scheduled to perform all day long. After Saturday, regular hours will be Tuesday through Sunday, from 1pm to 8pm.

Update: To give you a sense of some of the music you can expect at Vinyl Dreams, Mike has sent us samples of a few tunes he likes:
San FranciscoLower Haight
About 6 hours ago