By Andrew Dudley - Published on June 16, 2013.
San FranciscoLower Haight
Needless to say, it's always been a dream of ours to have a cocktail named after us. Ideally it would be a great cocktail, on the menu at a bar we love, served up by a dear friend of ours. Rooky Ricardo's owner Dick Vivian is now living that dream.

Introducing Dick Vivian, the cocktail. It's a spin on the classic negroni, with Bombay Sapphire gin, Noilly Prat vermouth, and Cynar, and it's being served at the new Mission Street bar, Virgil's Sea Room. 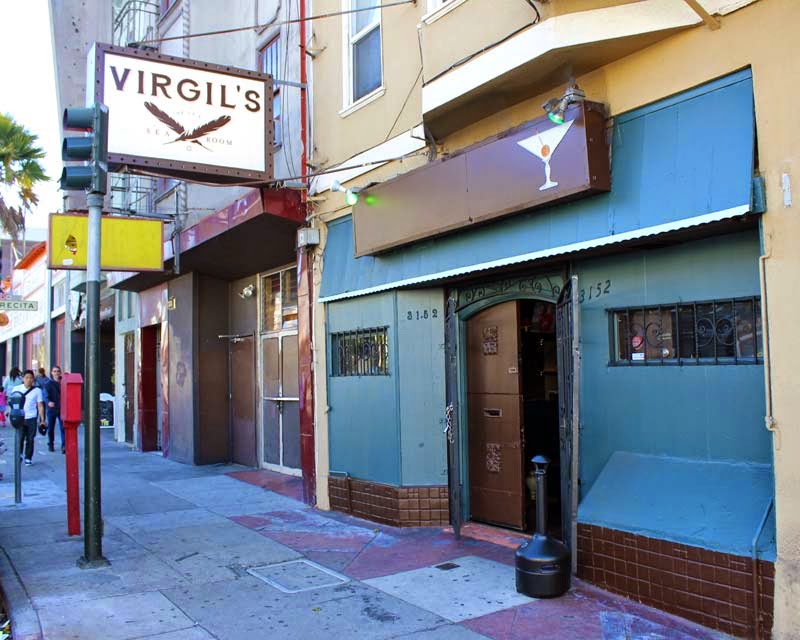 Virgil's, which opened a little over a week ago, is co-owned by Gill Fitzgerald, who many Lower Haighters will know from her stint as a bartender at Nickies. Gill left Nickies earlier this year to launch the new bar, which has been in the works for about nine months. Gill teamed up with Lila Thirkield, who has owned and operated the Mission's Lexington Club for 16 years, and Tom Temprano, a local DJ and president of the Harvey Milk Democratic Club, to take over the old Nap's 3 space at 3152 Mission Street, just past Cesar Chavez. Nap (a.k.a. Napoleon Urbina) no longer wanted to operate the bar, and not being able to find a family member to take it over, decided to sell it to the Virgil's crew. The new bar has a homey feel, with dark wood, vintage fixtures, and Nap's original vintage wallpaper throughout. 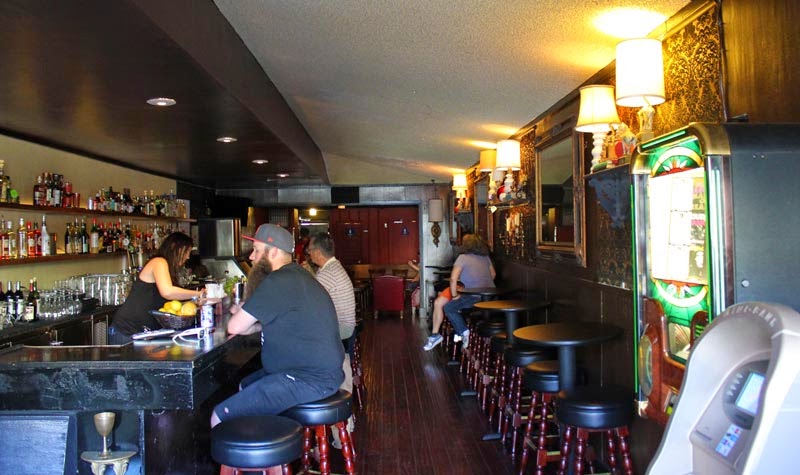 The owners of Virgil's hope to serve a diverse array of customers, whether they be into stouts or sazeracs. "Our goal is to provide quality libations for all tastes at a reasonable price." If cocktails are your thing, however, they have a special menu you'll appreciate. It features seven cocktails named after "local heroes." Tom told us that San Francisco has plenty of famous residents who get deserved attention -- Harvey Milk and Tim Lincecum among them -- but the bar wanted to recognize local celebrities who don't get quite the same spotlight. That list includes billionaire benefactor Warren Hellman, the omnipresent sign-wielding Frank Chu, iconic twins Marian & Vivian Brown, and our very own Dick Vivian. 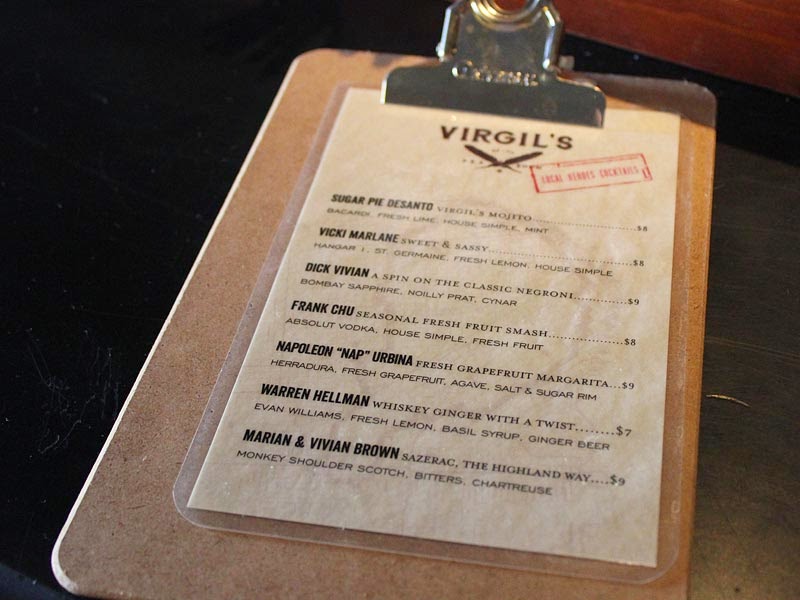 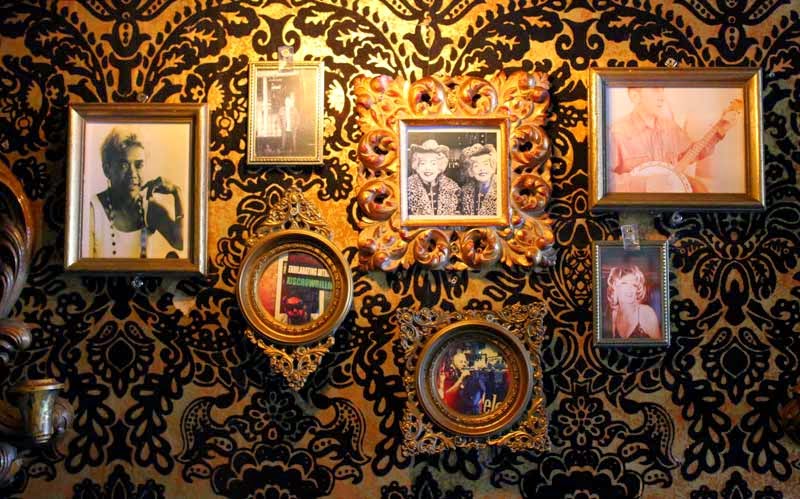 Photos of all seven heroes adorn a wall across from the bar.
As Rooky Ricardo's and Nickies are neighbors, Dick and Gill have known each other for years, and rave about each other accordingly. Tom also says he's a Rooky Ricardo's regular, frequently visiting the Lower Haight to buy records at Rooky's and then pop into Nickies for a drink. So the choice of Dick as a featured local hero was an easy one. In creating the cocktail itself, Gill knew she wanted it to be gin-based, as Dick loves gin. She decided to base the rest of the ingredients off of a negroni, but figuring out the proportions and brand of vermouth to use took some experimentation. After dozens of iterations, she finally settled on a recipe, and the Dick Vivian was born. 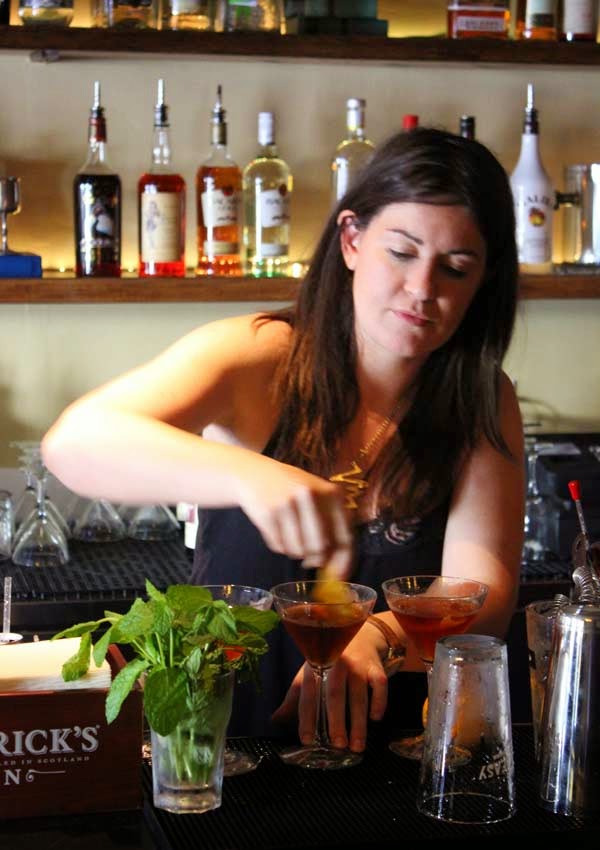 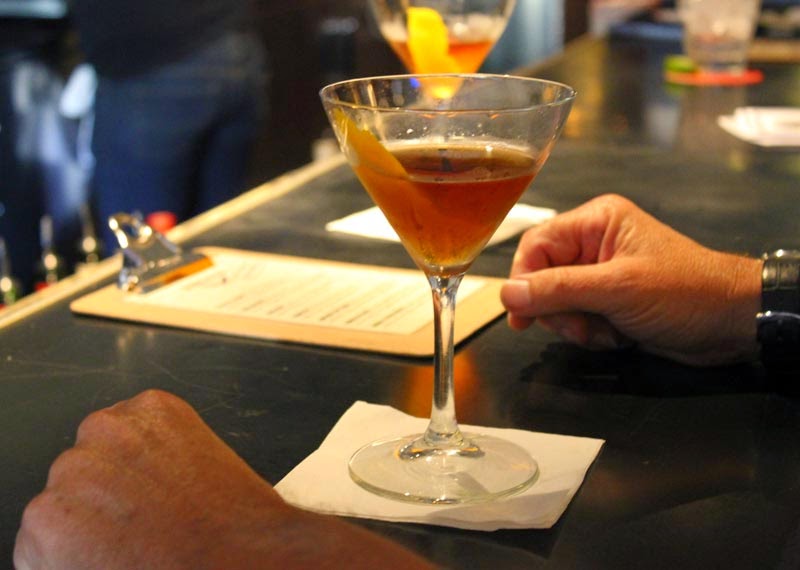 We met up with Dick (the person) at the bar on Friday for his first tasting of the drink. 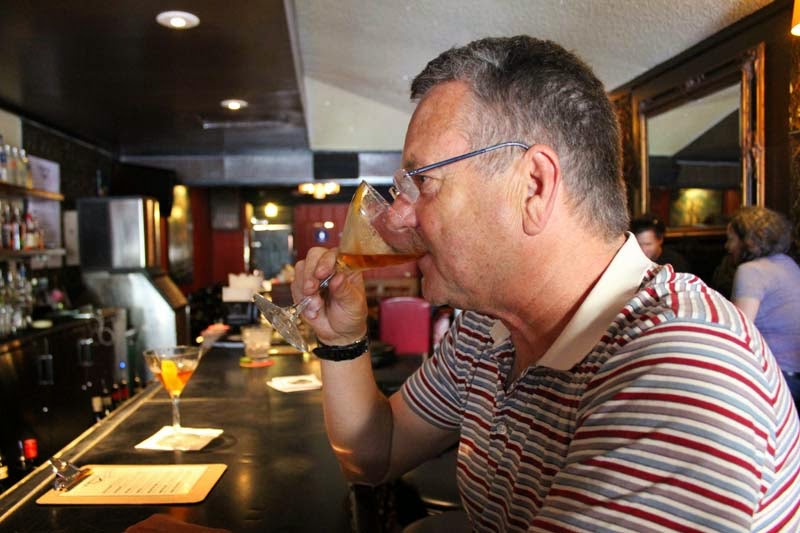 The verdict? Dick Vivian loves the Dick Vivian. "It's very smooth," Dick said toward the end of his first drink. (He ordered a second one, understandably.) While Virgil's will occasionally invent new cocktails to supplement the local heroes list, these seven staples are here to stay. So the next time you're in the Mission, swing by and try the Dick Vivian. It's a little bitter, a little sweet, and destined to become a local favorite, just like its namesake.
San FranciscoLower Haight
About 9 hours ago