By Andrew Dudley - Published on June 28, 2013.
San FranciscoLower Haight
Artist Jeremy Fish returned to Haight and Laguna on Wednesday to give his pink bunny statue a nautical makeover. 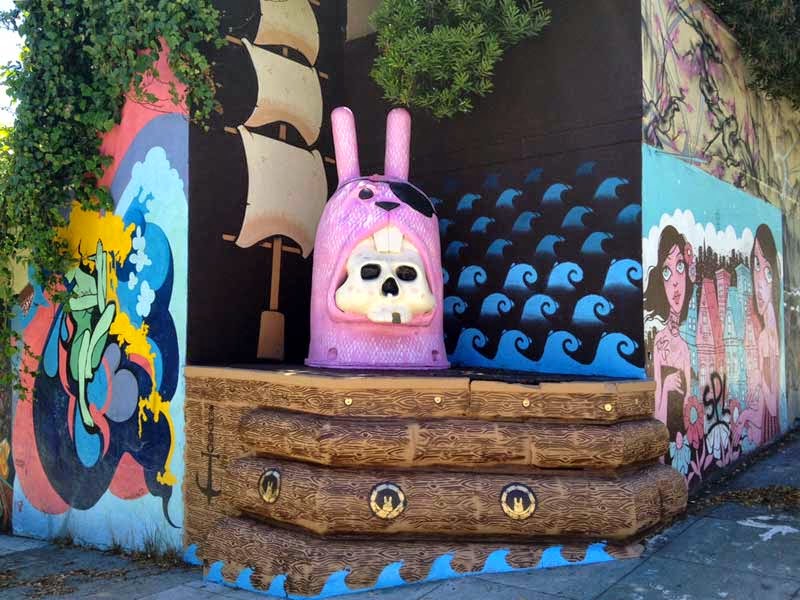 The bunny now features a fresh paint job and an eye patch, while the walls behind and underneath the bunny have been redesigned to look like a pirate ship sailing the high seas. Reader Thea Selby, who as head of the Lower Haight Merchants and Neighbors Association was key to the Lower Haight mural's creation three years ago, sent in this photo of herself with Fish after Wednesday's update: 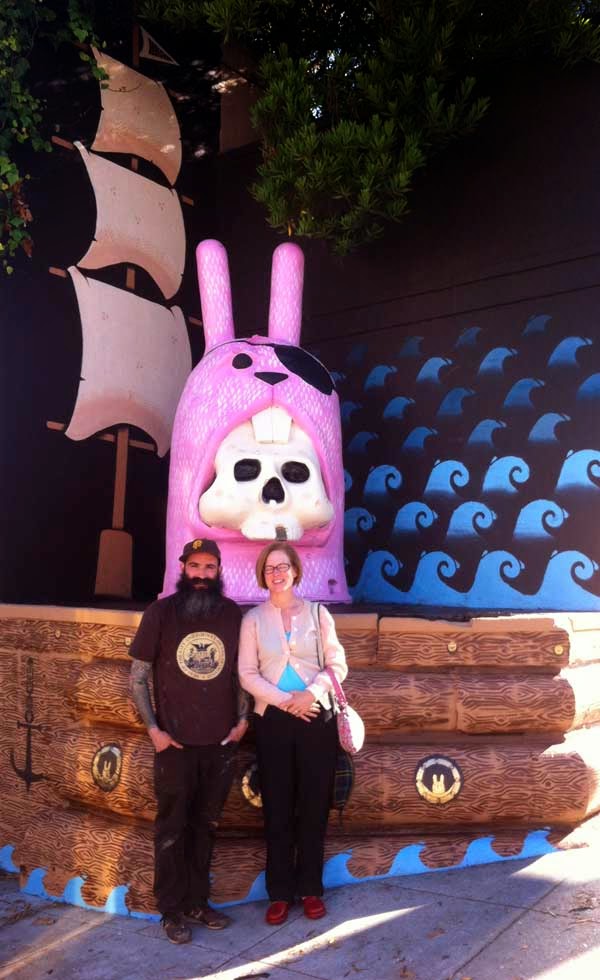 photo courtesy of Thea Selby
The bunny had fallen on hard times since its addition to the site back in 2011. Here's a photo taken Wednesday morning, before the refresh: 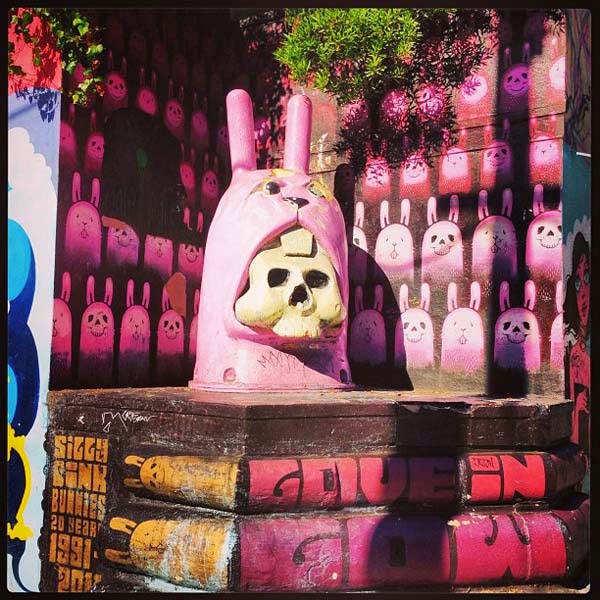 Instagram/khyal
Thanks to Jeremy Fish for giving new life to this Lower Haight icon. With construction on 55 Laguna a few months behind schedule, hopefully our new pirate friend won't be going anywhere any time soon.
San FranciscoLower Haight
Sep 26, 2022