New in the Neighborhood: J.P. Kempt "It's something I always wanted to do," says owner Shorty Maniace, who most recently worked at Mystic Haircutting at Haight and Gough. "Over 20 years of doing hair, I've always wanted to own my own shop." Shorty lived in the area in the early '90s, and remembers Western Addition as being the "most eclectic neighborhood in San Francisco." So when he decided it was time to open his own barbershop, he knew this was where he wanted to be. At first he looked at the still-vacant space at 301 Divisadero (most recently home to KJ Produce), but determined it would require too much work to renovate. But the block charmed him. "It's a cute block, a cool block, with a lot of history," Shorty says. Then he saw that 351 Divisadero, formerly home to Backspace boutique, was available. He got in touch with the landlord, and soon the space was his. 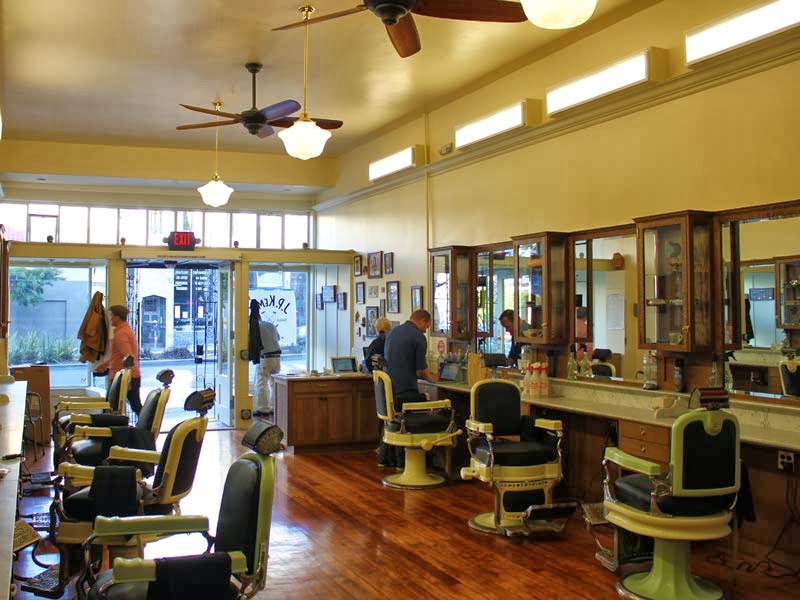 Shorty envisioned a "classic barbershop from the '40s" look for the shop, but with modern fixtures and furniture. The marble countertops and wooden cabinets were all locally produced, the gold leaf lettering on the windows was done by hand by local artist David Benzler, and the floors are the space's original hardwood. The only non-local items of note are the chairs -- Shorty brought in and refurbished seven vintage Koken barber chairs that he found in New York. 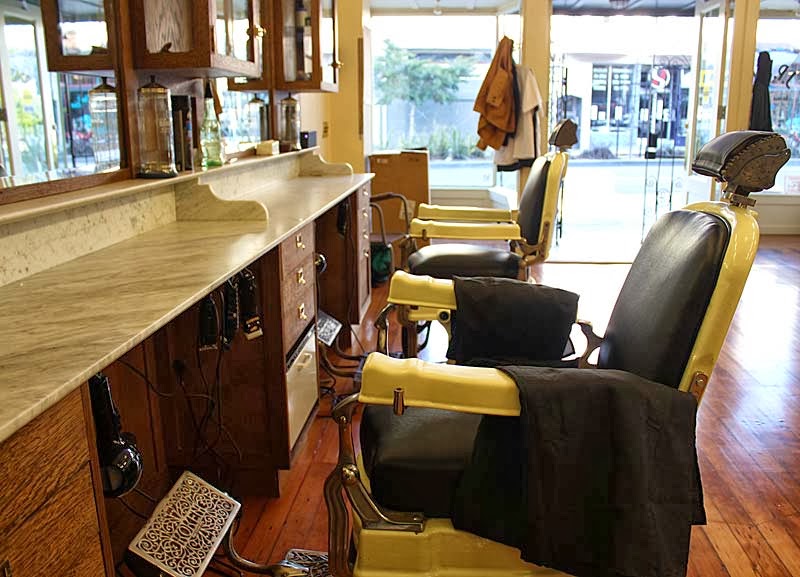 The cabinets and walls feature items and artwork evoking an earlier era. There are vintage barber tools like razors and hair dryers from Shorty's personal collection, and prints of dapper gents and dames, all expertly coiffed. 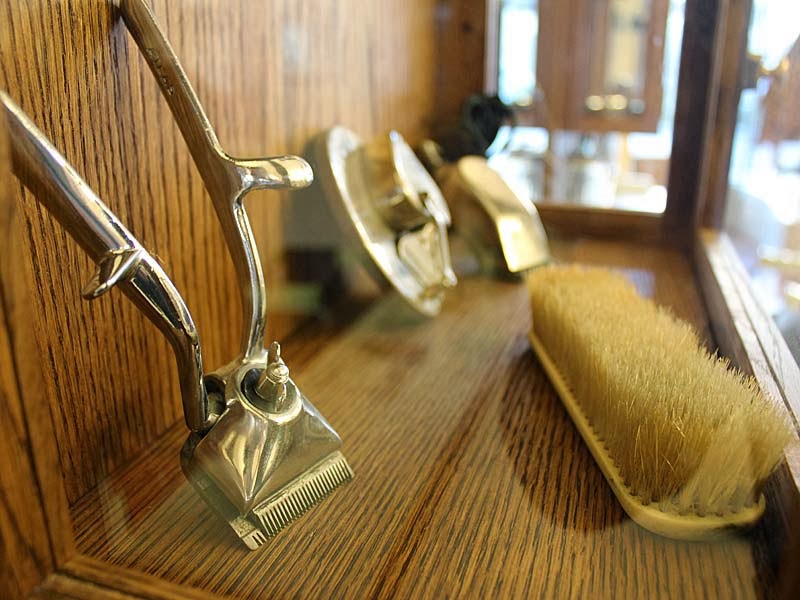 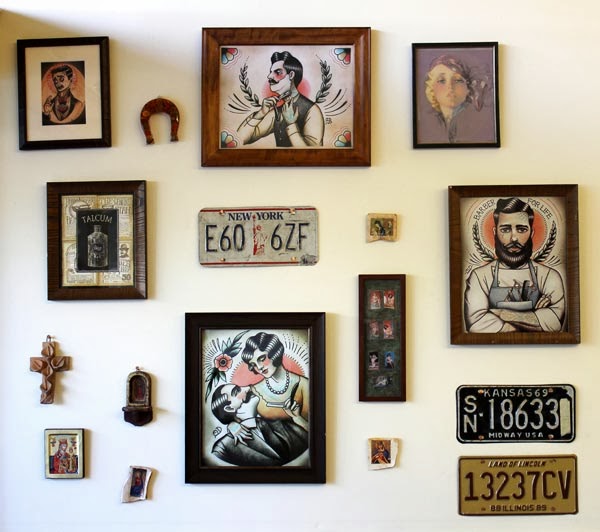 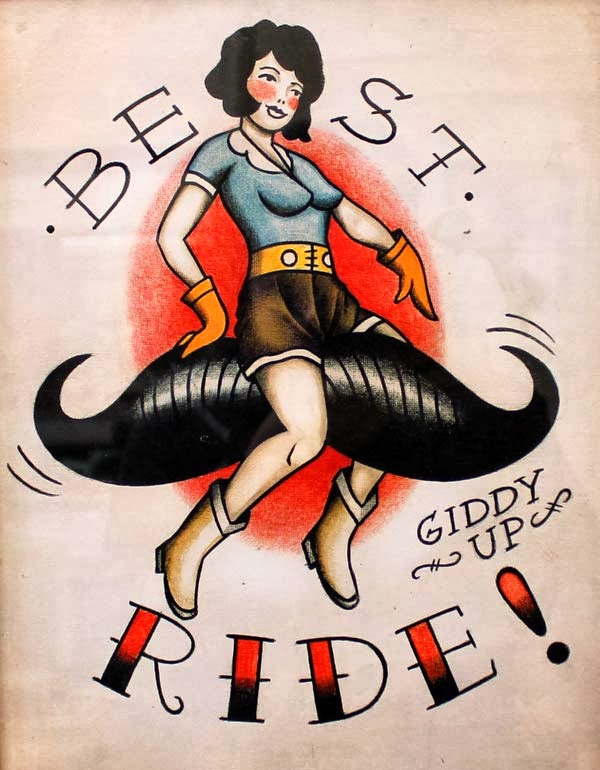 As far as services go, J.P. Kempt will offer standard barber cuts for both men and women. There's no hairdressing here, and no "hipster" attitude. As he expects from both his customers and his staff of six (Jourdan, David, James, Erika, Paul, and Debbie), "If you think you're better than anyone else, this isn't the place for you." Haircuts and straight razor shaves will each run $40, or $75 for the combo. Shorty acknowledges that the running rate for haircuts has increased in recent years, but it was inevitable. "Barbers were the last to be cheap," he says. But as far as he's concerned, the price is still a bargain. "Barbers are artists, they're classic. It's one of the oldest professions. And, you [only need to] see them once a month." Once the shop is up and running, Shorty hopes to get more involved with the community. He wants to donate hair clippings to the New Liberation Community Garden at Divis and Eddy (hair is great for composting, he says), and expects to promote the Movember fundraising campaign at the shop. He also sees having more social events, like hosting bachelor parties for groomsmen to get cleaned up en masse before weddings. 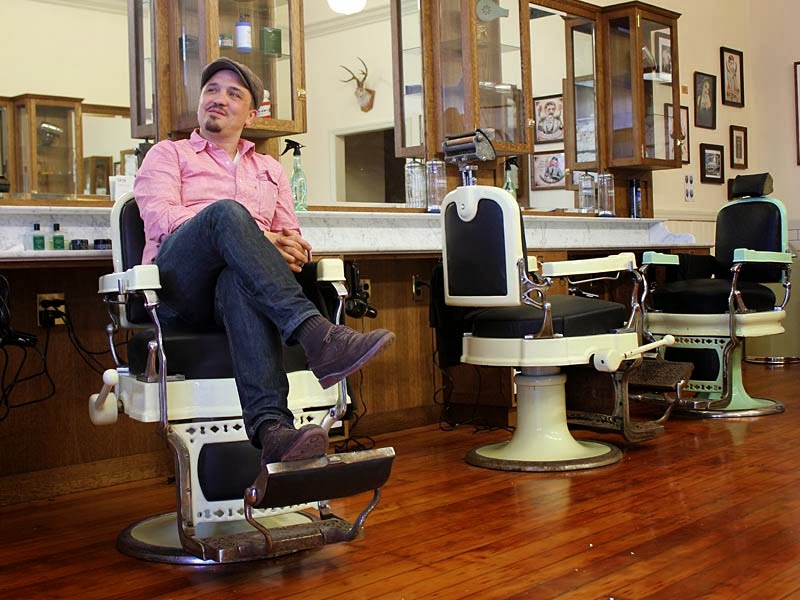 Shorty named J.P. Kempt after his mentor Jasper Paul, a barber he worked with in Seattle. Paul used to say to him, "Kid, we're in this business to keep people well kempt." The word "kempt" stuck with Shorty, and thus "J.P. Kempt" was born. Clearly Shorty has a deep respect for the past. When he found out that 351 Divisadero was the site of the Church of John Coltrane from 1972 until 2000, he was thrilled. He intends to play jazz and blues music, including Coltrane tunes, during business hours. Like many of our readers, Shorty is wary about the rapid change currently taking place on Divisadero. "I feel like the neighborhood needs to stay the neighborhood, and not become Valencia 2.0," he says. "I want this shop to stay here for 100 years." But he has a suggestion for those looking to combat gentrification. "Support your local businesses, and they won't go out." J.P. Kempt will have a soft-opening this Saturday, and then will open for regular business on Tuesday. Hours will be 10am to 7pm Tuesday through Friday, and 9am to 5:30pm on Saturday.
San FranciscoDivisadero
About 5 hours ago