This week, two artists painted a new, large mural on the Steiner side of 597 Haight Street.

Barcelona-based artist Miss Van and Brazilian Ciro Schu created the piece. It was requested by Manny Alferez of and Wild Feather and Black Pancake Records, the current and former occupants of 597 Haight. Manny tells us that he had been wanting a new piece for the wall for over a year, but was only recently forced into action. For the past two and a half years, the wall has featured a mural by several artists including Mike Giant and Skinner. But in recent weeks, taggers defaced the wall with graffiti. The building's landlord threatened to paint over the entire mural if Manny didn't come up with a solution. Luckily, Tova Lobatz of the Tenderloin's White Walls gallery came to the rescue. She knew that Miss Van and her friend Ciro Schu would be in town this week, and invited them to create a new work for the wall. So on Tuesday night, Manny and Tova spent the evening painting over the existing mural, and on Wednesday and Thursday, Miss Van and Ciro painted the new one. 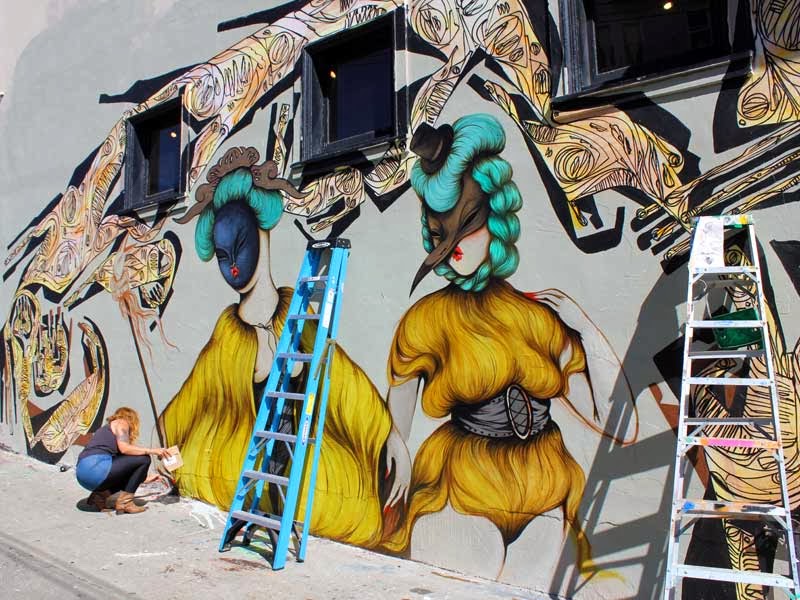 The result is a mural depicting two masked women, the style of which you might recognize from Miss Van's work on the door next to Upper Playground. 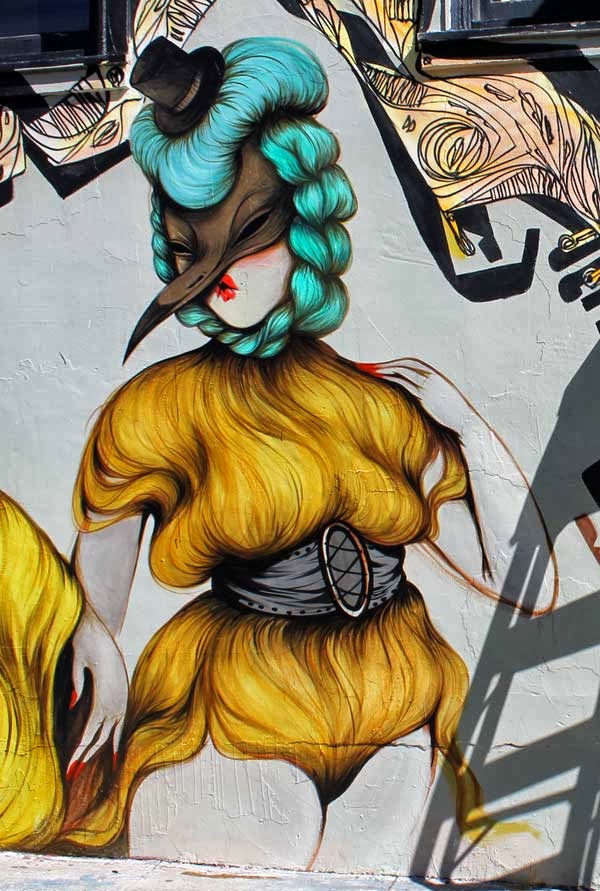 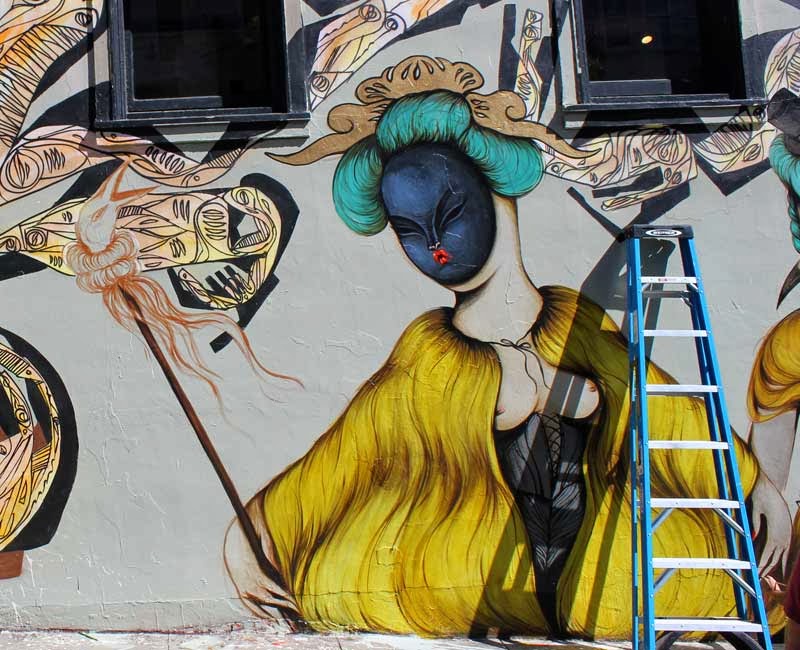 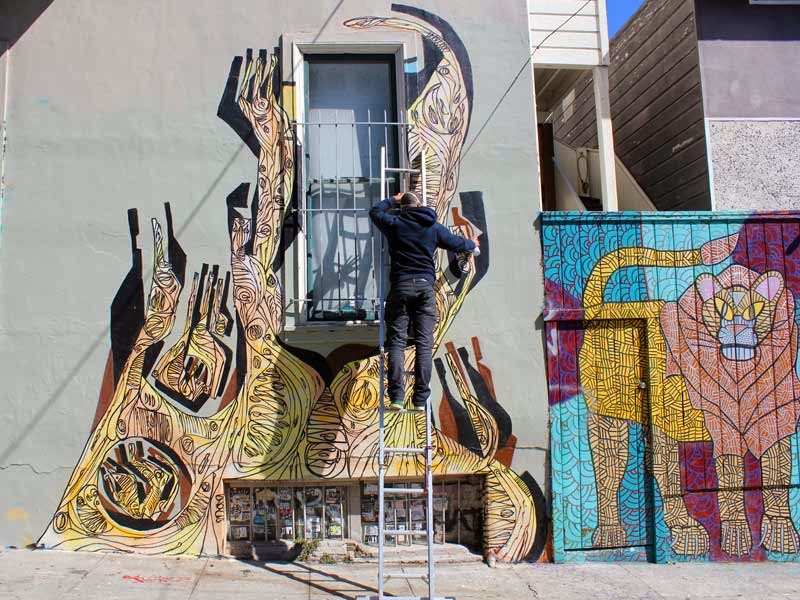 Manny says he would like to make a tradition of changing the artwork up once a year. So, expect this one to stay up until next October. Cross your fingers that the taggers respect it enough to leave it alone until then. 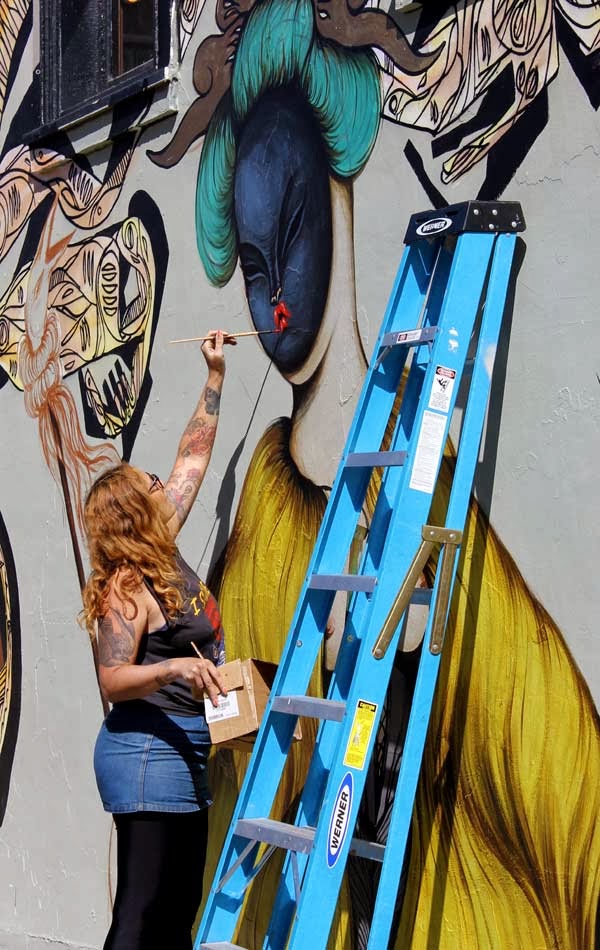