After Da' Pitt’s arguably inevitable eviction from 705 Divisadero in April of 2013, the location stood empty for months. No activity, trash collecting outside the door... and then one day in October a liquor license sign appeared in the window. 4505 Meats, a leader in San Francisco’s sustainable meat movement, is moving in.

Construction began at the start of the new year, and the space is currently completely gutted. Long overdue for an overhaul, 4505 Meats is stripping everything down to bare bones and rebuilding it. The only thing that isn’t being touched? The 50-year-old barbecue pit, which owner and chef Ryan Farr plans to use daily. We met with Ryan to get the lowdown on plans for the space. Having worked in the restaurant industry for 15 years, Ryan was looking forward to getting out of it. With a young family, he knew the importance of being home by 6pm every night, which is difficult to do when running a busy kitchen. After serving as Chef de Cuisine at Orson (and Executive Chef at the Michelin-starred Fifth Floor before that), Ryan launched 4505 Meats with his wife Cesalee in 2009. San Francisco has seemingly embraced their endeavors wholeheartedly, and 4505 Meats has now become a household name in the sustainable and affordable meat movement. So what caused Ryan to open a restaurant after all? Well, he’s no stranger to BBQ. He’d been keeping an eye on Da’ Pitt for about 10 years - or more specifically, Da’ Pitt’s decades-old BBQ pits. As soon as the eviction was in place he met with the property's owner, and launched his plans to transform the derelict space into a thriving neighborhood BBQ joint. 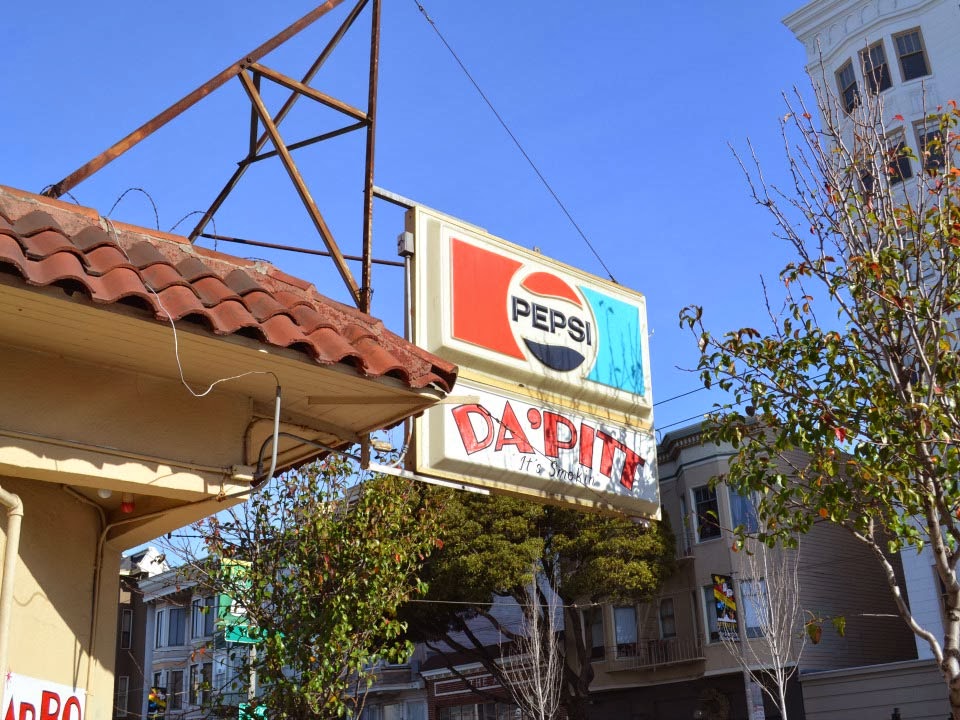 Recognizing the widening rift between affordable and well-sourced food, Ryan wants to keep the new 4505 Meats location accessible for everyone. Sausages, brisket, chicken and burgers will be served daily. Want to get a few friends together for a hog roast? Give 4505 a heads up and they’ll put it together for you. As for the space, nothing is going to change too dramatically. Yes it’s currently gutted, but in the end the layout is largely going to be the same. They’ll have a counter in front for placing orders, a few places to sit, and beer on tap. One big change will be the creation of a large patio, taking up 50% of the parking lot between the Da’ Pitt space and the BASA Collective Dispensary. The goal is to be a central neighborhood gathering point that serves good BBQ and caters to the present Divisadero community. With construction in full swing, Ryan and Cesalee are aiming for a March opening date. Want a sneak peek before then? Stay tuned for a large fundraiser in February that Ryan is organizing for a friend whose BBQ joint recently burned down. We'll keep you updated!
Neighborhoods
Divisadero