As we reported a few months ago, Corey Lee, chef-owner of Benu, is opening a new restaurant called Monsieur Benjamin on the ground floor of the new 300 Ivy project. He was recently named a James Beard finalist as Best Chef (West) for his work at Benu and will be joined in his new venture with chef Jason Berthold (formerly of RN74, The French Laundry and Per Se), who will be heading things up in the kitchen.

We got a chance to chat with Corey and learn about the origin of the name (not a reference to Private Benjamin), some items on the menu (think French bistro style), and where he goes for cheap eats in the city (hint: it's in the Mission).

Why Monsieur Benjamin? Is Benjamin named after someone specifically?

Corey Lee: Monsieur Benjamin is a name I heard called out by a bellhop in a Paris hotel while I was there doing some research for the opening of the bistro, and thinking a lot about the name. There was something very American and very French about it that appealed to me, and as I considered it more and more, it seemed like the right name for the restaurant.

There's the obvious reference to Benjamin Franklin, which is appropriate because he was the first American ambassador to France, and there is also the use of the name Benjamin in French—an endearing nickname given to the youngest in the family. But who was that Monsieur Benjamin in Paris? I don't know.

We're excited about the outside dining options (reported at 16 seats). Was that a goal for the place or did it just fall into place due to the new construction?

The outdoor dining options are still something that we're fine-tuning, so the exact number of seats, configuration and hours are not yet set in stone. We're working with our landlord, our architect and the city to make sure that our outdoor dining area is not only a great option for our guests but also compliant and respectful of others.

What type of food we can expect with "modern French bistro?"
Steak tartare—a classic and timeless preparation, but ours will be served with a silky egg yolk puree and thin sheets of anchovy and caramelized onion. Crêpe Gâteau—a crêpe stuffed with all of the classic components of a gâteau or cake. Maybe one variation could be hazelnut ice cream with banana buttercream, vanilla sponge, and cocoa nibs.

This city needs more late-night dining options. Why aren't there many late-night options? How late will you be open?

This is kind of the chicken and the egg question, in that what do we need first: late night dining options, or late night diners? For a major metropolis, San Francisco is a relatively early town partly because most restaurants will close at or before the 2am cut-off for alcohol sales. Monsieur Benjamin will be open until 1am. 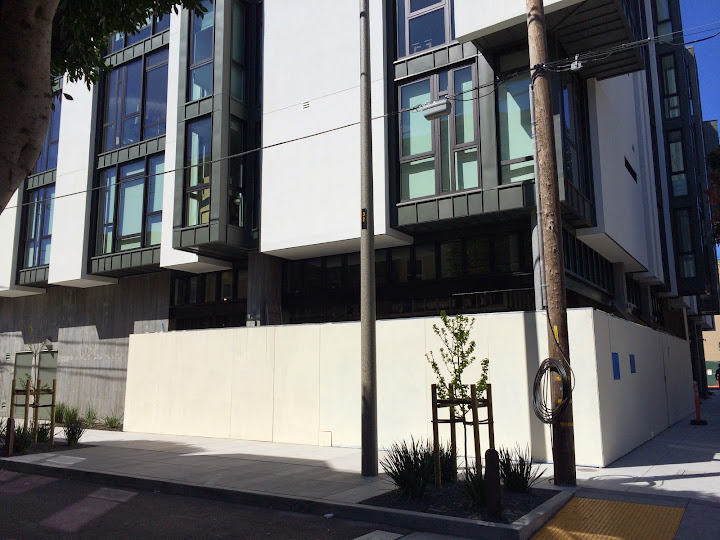 How do you hope people will feel when they're dining with you in your space?

The first goal is the fundamental goal that all restaurants should have, and we can't forget those things—comfort, being attended to, and being satiated. But we also hope that people will be experiencing a space and a kind cooking that is unique to MB.

Do you have any concerns or "unknowns" about opening up here in Hayes Valley, or specifically in this new building?

Hayes Valley is going through a time of great change and development, so the kind of neighborhood it will be in 5-10 years is somewhat unknown, and of course that brings with is some uncertainly. However, we're excited to be in the space we're in, and to be playing our part in the development in the neighborhood.

Some of your old coworkers (like Charles Bililies) are opening busy with restaurants in Hayes Valley. Why do you think this neighborhood has become so hot in the past few years, especially when it comes to the dining scene?

I'm not sure. What drew us to Hayes Valley is that it's a great walking neighborhood, and a place that locals like to hang out. But at the same time, it's also a destination because of its proximity to the Symphony Hall, the Opera House, the Jazz Center and City Hall.

You're home on a Saturday afternoon and starving. What do you make for yourself?

Chefs are never home on a Saturday afternoon! (And truth be told, I rarely cook at home.)

Where's your favorite place to get a meal under $15 in San Francisco?

Taqueria Vallarta at 24th and Mission.

Monsieur Benjamin is expected to open on the ground floor of 300 Ivy in the next few months. As soon as we learn the exact date, we'll let you know, so stay tuned.
Neighborhoods
Hayes Valley