The History Of Firehouse No. 21

By Nuala Sawyer - Published on March 20, 2014.
San FranciscoDivisadero
If you've ever walked down Oak street on a sunny morning you may have noticed the light glinting off the windows of an abandoned firehouse. Nestled between Divisadero and Broderick, its tall tower stands higher than the surrounding buildings, and the doors are always closed. So what's the story?

Firehouse No. 21 was built by R. Doyle and Sons in 1893. Designed by local architectural firm Henrikson & Mahoney (one of whom was described in an 1884 California Architect and Building News as a "pioneer native born architect"), this firehouse was one of three nearly identical ones built around the city. One still stands on Washington Street and is a private residence that was once inhabited by Governor Jerry Brown. The third firehouse at 2545 Folsom was demolished after falling into disrepair. 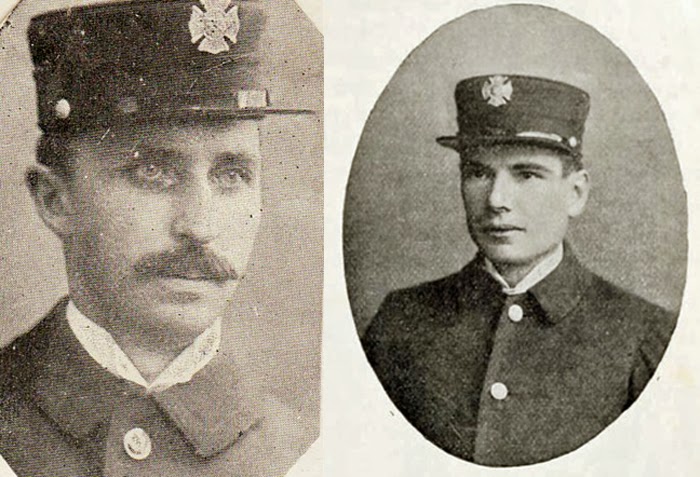 Running a firehouse in a rapidly growing city at the turn of the century was no easy task. Firemen (or "hosemen" as they were called) had a high mortality rate. The SFFD keeps an online record of firemen who've passed away, and lists these two fellows as employees of Firehouse No. 21. John M. Meacham (left) died in 1914 after falling off an "apparatus" and being run over. Joseph P. Ryan (right) suffered a fractured skull "in performance of duty". 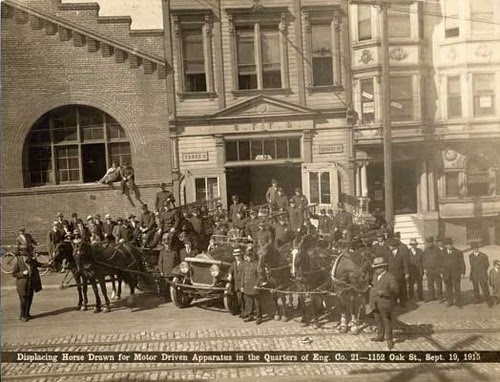 The presence of this firehouse in the late 1800s and early 1900s also marked the transition from horse-drawn carriages to fire engine machines—or as some would say, from "analog to digital". The huge earthquake and subsequent fire of 1906 marked a time when the majority of San Francisco firehouses were still using horse-drawn carriages to get to the scene of a fire. Firehouse No. 21 spent the majority of that time valiantly fighting fires in Hayes Valley for a whopping 54 hours. We found an old log at the library describing Firehouse No. 21's experiences that day:

"The reports written just after the 1906 fire are fearsome tales. Captain H. Boden wrote that because the alarm and telephone systems which were not in order after the earthquake, they proceeded eastward "where we observed a column of smoke". They fought fire after fire, mostly in the Hayes Valley, trying again and again to obtain water. They finally returned to their station at 11:30am on April 20th, "having been on duty for fifty four hours". Besides Captain Boden, James Feeny, M. J. O'Connor, P.J. Meehan, W. Leonhardt, E. Long, T. Meacham, D. O'Connell and Charles Tyson fought these fires.

Truck #6 under the leadership of Captain John F. Dryer, a native of San Francisco, who had joined the force in 1897, had similar experiences. They, too, fought for the most part in the Hayes Valley although later they were South of Market, and finally at Church and Twentieth Streets. They returned to their quarters "having been on duty for fifty hours".

In 1958 its unit was transferred to (the much less beautiful) firehouse at 1443 Grove Street. The firehouse at 1152 Oak became a general store, a clothing depot, a portable water system headquarters, and a gymnasium in the 1990s.  Eventually it was shuttered for budget reasons and fell into disrepair. 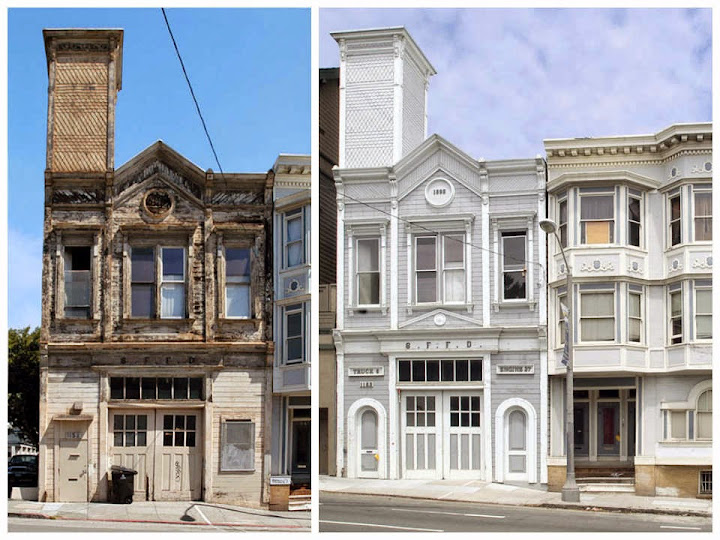 Facing huge deficits in their budget, the SFFD decided to put the firehouse on the market in 2004. Luckily the local Neighbors and Merchants Associations rallied and it was renovated as a historic landmark. Today it remains the oldest firehouse in San Francisco still owned by the SFFD.
San FranciscoDivisadero
Nov 24, 2022