After much anticipation, the neighborhood is getting a new version of its corner BBQ joint and we’re here to give you the tasty details.

At 10:30am this Saturday, 4505 Burgers & BBQ will officially be open to the public. It replaces the former Da' Pitt, which if you'll recall was evicted from the space a year ago.
Limited seating will be available at the new spot for now, but your best bet is to grab a BBQ picnic (including bottled beer available to-go) and book it up to the park. “Get a slab and a six pack," owner Ryan Farr told us.  "That’s what barbecue was all about for me, growing up in Kansas."
At the moment, the place is just a takeout operation, but a large patio area will soon be constructed in the existing parking lot (we’ll keep you posted on that one). They will also feature a burger take-out window open until 2am on weekends, but that won’t be ready for another week or two. They also plan to serve brunch when the outdoor area is completed. 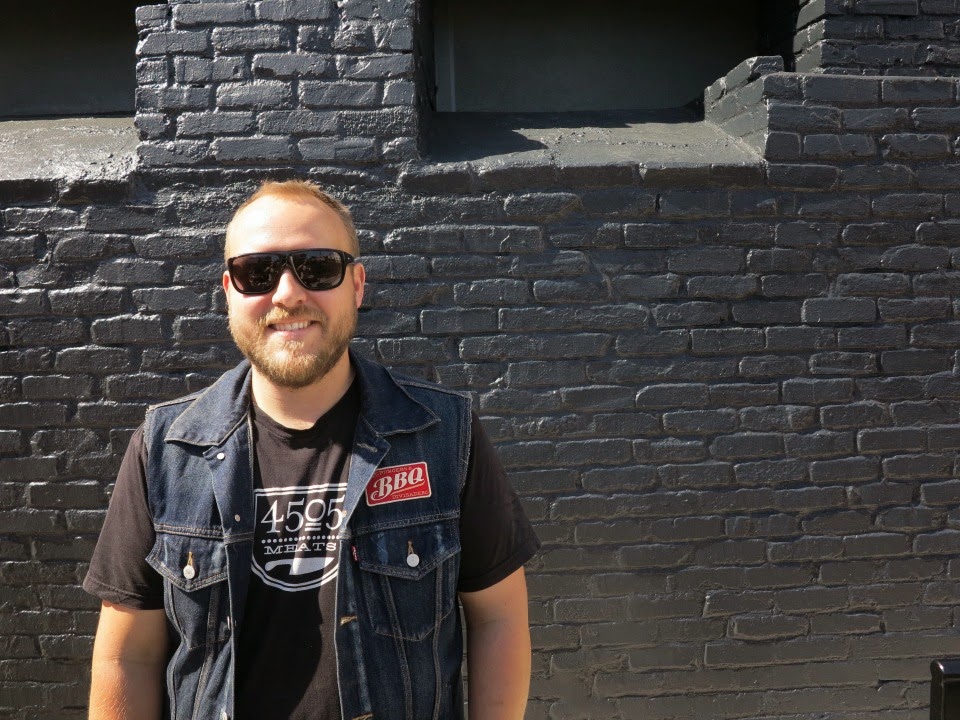 Ryan is downright excited to be opening up shop in the neighborhood. We asked him why he chose Divisadero for his operation, and his response was quite specific:

“I never had the desire to get back into the restaurant business unless it was in this exact spot…I’ve always loved the look of it, with two stacks coming up. There’s just something about it. I’ve also always loved the neighborhood. [The location] came up, we got lucky, and I had to eat my words.”

He’s been smitten even further since he began renovating the location. “I just love that every time I’m standing here, people have been popping their heads in and asking questions. It feels great to already be a part of the community. It’s important to us,” said Farr.
From the looks of the menu, it seems they're set up to accommodate a community of BBQ seekers just fine. Smoked meats such as brisket, chicken, sausages, and ribs will be available by the plate and by the pound, and they'll also be serving slaw-topped BBQ sandwiches for $9.75. Other highlights will include the Best Damn Cheeseburger ($8.75), the 4505 Hot Dog ($5.00) and the Grits and Egg Vegetarian Sandwich ($9.75). Organic salads and traditional BBQ sides like potato salad and coleslaw will be available along with some other “signature” items, such as the “Frankaroni” ($5.00) (that's fried macaroni and cheese with a hot dog inside).
The new spot will have a selection of bottled beers (both craft and stuff like High Life) available for take-out, but they'll also offer about five different beers on tap, along with wine, root beer, sparkling water and cider.
Starting this weekend, 4505 Burgers & BBQ will be open Sunday through Thursday from 10:30am to 10:00pm, and Fridays and Saturdays from 10:30am to 11:00pm.
Neighborhoods
Divisadero