April 1st, 2014 marked a quarter century of doing business for Comix Experience over on Page and Divisadero. We popped in and spoke with owner Brian Hibbs about his tenure on the block and his take on pushing comic books since the 1980s.

Brian moved from Brooklyn to San Francisco when he was 12 years old. He brought with him an early interest in comic books cultivated by time spent reading them in bodegas back in New York. “Brooklyn to SF," he joked. "I guess that makes me a hipster.”
In reality, Brian has been holding down the fort on Divisadero long before its newfound ‘metamorphosis’ had even begun. He opened Comix Experience in 1989, after managing Best of Two Worlds, a comic book store on Haight Street. At 21 years old, he felt he could run a shop of his own and do it better. “I was young enough and dumb enough to open a retail shop," he said. "I did it with ten thousand dollars and my own comic book collection.”
When asked how the neighborhood has changed over the years, he noted that it was, of course, much rougher back in the day. This, however, allowed him to rent out his space for an affordable price, although he would fear for his safety as the sun went down.
Though it's been a mainstay on Divis, the shop has had its ups and down. It was almost destroyed in 1993 after a drug addict living above the store at The Metro Hotel nodded off while washing her clothing in the sink. Steaming hot water flooded the bathroom, and, subsequently, Brian’s store, destroying his hardwood floors and much of his inventory.

While Brian was pouring concrete for his new floor, a stranger entered the store and frantically warned him to cast a special spell over the store in order to ward off bad energy. Heeding the premonition, Brian went to nearby magic occult store Candles and Curios, purchased the materials needed and buried them in the still-wet concrete. To this day, they remain in a spot beneath the front door. 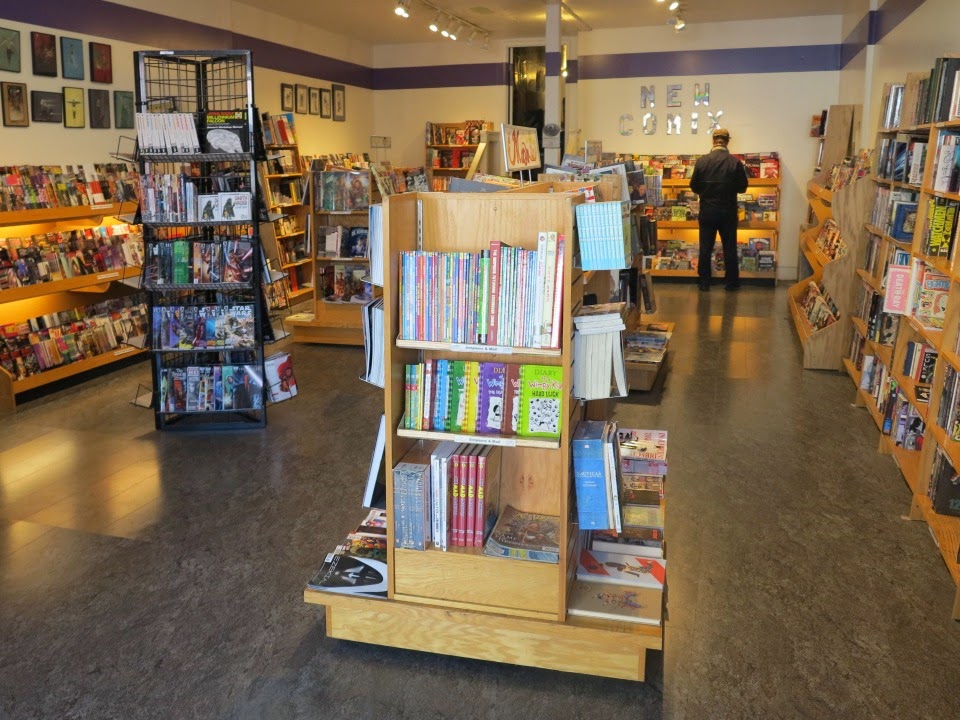 According to Brian, the perception of comic books has transformed dramatically since he first opened, marking the biggest change that Comix Experience has experienced.

“Comics themselves have changed. There were 10 in print graphic novels [when I opened the store]…now, though, nearly everything is graphic novels, Back then half the back of the store was back issues of periodical comics. Now it’s just that section over there.”

Graphic novels have proliferated since the 80s, and many collections of periodical comics (think Superman) are available as entire hardbound collections. In Brian’s eyes, he’s now more of a hybrid bookstore. He says that comics in general are now taken much more seriously than they were in the past, and they've weathered the storm of the digital age. In fact, he told us that printed comics sales have gone up in recent years.
What’s next for The Comix Experience? For starters, Brian recently took over Comic Outpost on Ocean Avenue. He’s also excited that the Children’s Section is the fastest growing collection in his store, saying he hopes continue this trend.
All told, Brian probably knows more about comics than almost anyone, and his long-term customers know it. Case in point, Charles Thomas: 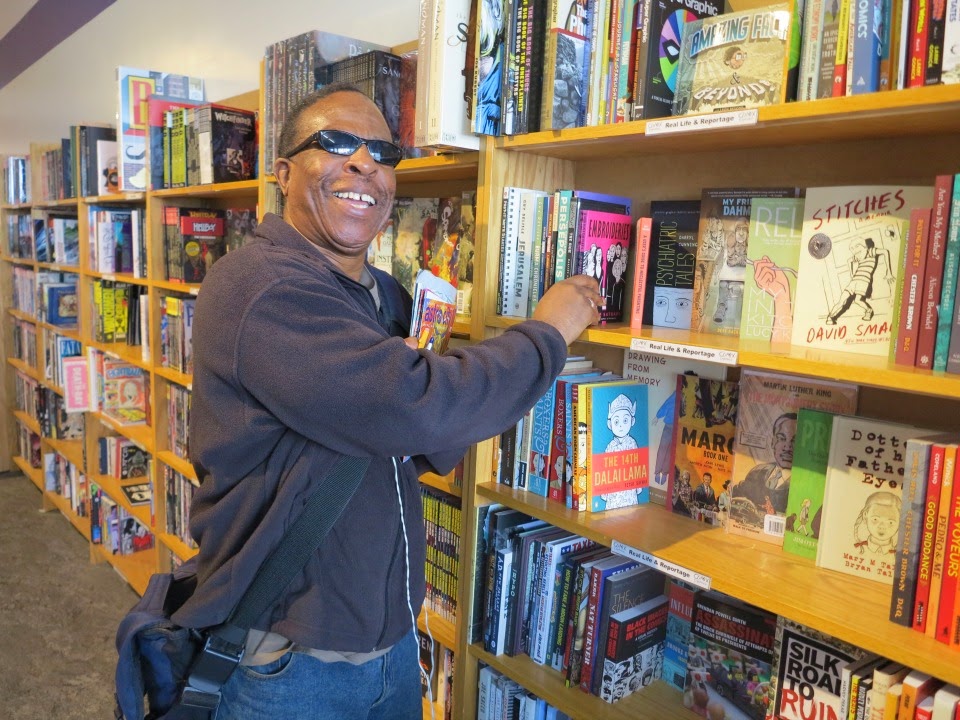 Charles has been shopping at Comix Experience since it first opened and has nothing but good things to say about Brian and the store. When asked why he’s kept coming back for so many years, his reply was pretty straightforward.
“It’s a great place. It’s hospitable. You can find what you want to find…What can I say? It works for me!”
Happy anniversary to one of the oldest businesses on the block, and here’s to 25 more years of local business!
Neighborhoods
Divisadero