This week, from the unusual crime file: a Canadian photographer witnesses and photographs a backpack mugging.

Darren Hull, who was visiting the neighborhood on a shoot, was walking by Buena Vista Park around 6pm Sunday when he saw a man, apparently the thief, lying on the ground, his face bloodied.
After a few moments, Hull said in an email, the man got up and started running in circles with the backpack in his hand, screaming. Eventually the man who owned the backpack managed to get it back, but even then the thief (below) was screaming and running around. Said Hull, "He was clearly not well on a lot of levels." 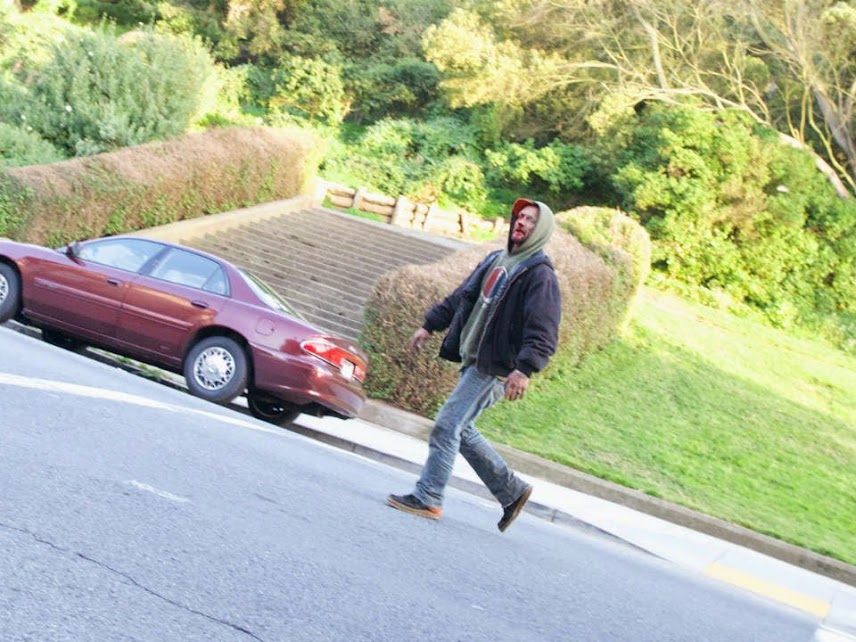 In an area already known for the somewhat elliptical quality of its crimes, this still stands out as odd, although police have made no arrests related to the incident.
It also comes the same week as a car break-in and a car theft (separate incidents, both at Page and Lyon), two car break-ins at Fell and Lyon, a robbery at Oak and Ashbury, and three individual reports of physical assault in the last week alone, according to SFPD reports.
This all follows a few weeks after an admission by SFPD that the Park Station is experiencing higher demand and lower staffing levels than those dictated by the district's size and needs. Police staffing of Park Station is expected to increase this summer, according to Captain Greg Corrales.
Neighborhoods
Upper Haight