Past Perfect Now Open On Stanyan

Photos: Shawn Tremblay
By Camden Avery - Published on April 15, 2014.
San FranciscoUpper Haight
With everything but signs and a couple of fixtures on hand, Past Perfect jumped their scheduled April 26 grand opening and got things going early.

Shawn Trombley of Past Perfect said the store opened to a warm reception with a soft launch last Saturday. Offering a range of vintage home goods, designer clothes, jewelry and art, the store currently features wares by nine dealers. Trombley said that that makes it much more intimate than the sprawling 7,000 square-foot offerings at their Lombard location in the Marina. 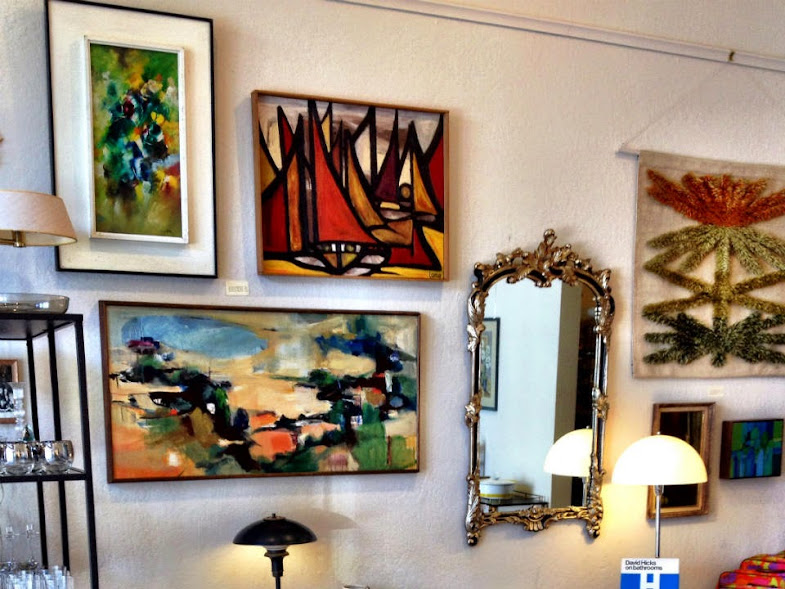 Owner Melanie Shain didn't initially plan on expanding into the Haight, but she was driving by one day, saw the for-lease sign on the former tanning salon and decided to call the owner. Shain grew up in the neighborhood, and her mother still lives here.

The new location will be operated by a former Other Shop employee (Rob) and an employee from Past Perfect's Union Street store (Dena).

So far, Trombley said, the neighbors on Stanyan have been more than welcoming, and much friendlier than at their former Union Street location (which is now closed).

The grand opening is still scheduled for Saturday, April 26, and we'll keep you posted with the details. Until then, feel free stop by and say hello.
San FranciscoUpper Haight
Oct 22, 2021