An Update On That Proposed Permit Parking Zone

Photo: Flickr / Andrew R. Whalley
By Andrew Dudley - Published on May 09, 2014.
San FranciscoDivisaderoLower HaightAlamo SquareNoPaUpper Haight
We have some updates on plans for a new permit parking zone in the area around Alamo Square from Webster to Masonic. 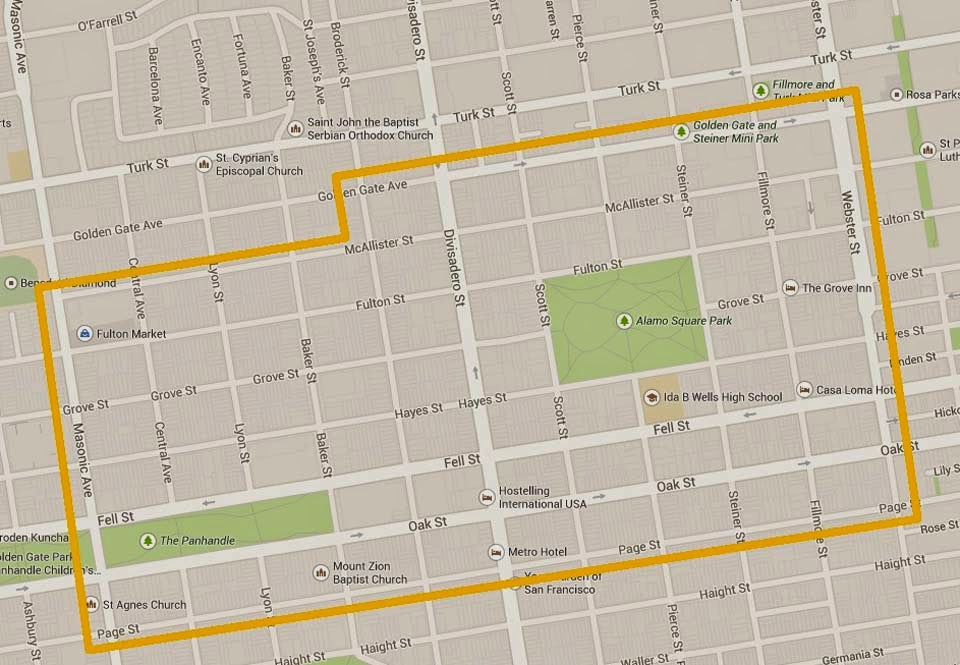 You may recall about a year ago, when the idea of establishing a permit parking zone started to gain traction. As one of the few pockets of this part of the city that don't require residential permits for parking, the area within several blocks of Alamo Square is a magnet for non-resident drivers, who park their cars in spots that would otherwise be used by residents.
At least, that's the theory. 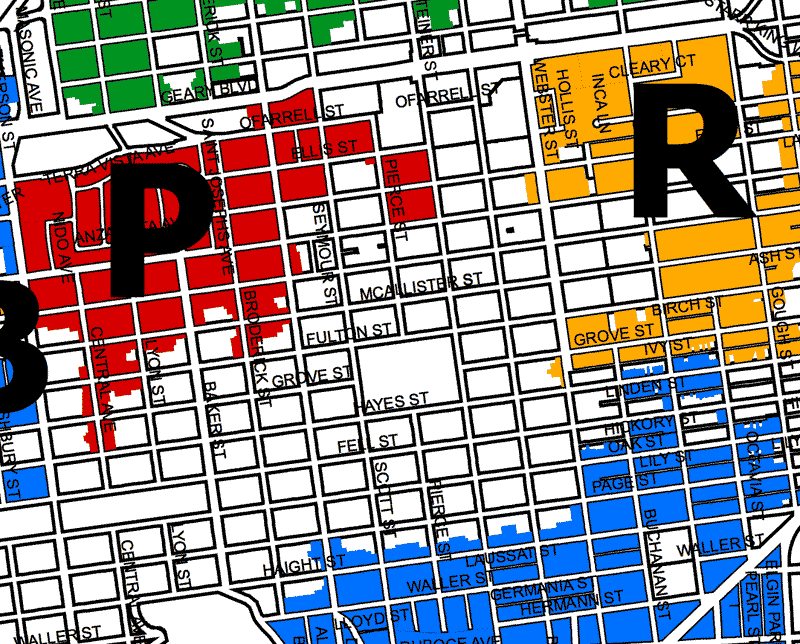 SFMTA
Last December, the SFMTA conducted a study to determine whether the parking situation is really as bad as some residents claim. The results of that study were revealed this past Friday at a meeting attended by representatives from the SFMTA, various neighborhood groups, and an aide for Supervisor London Breed.
During that study in December, 13 SFMTA staff members fanned out over the area bounded by Waller, Masonic, Page, and Golden Gate. They surveyed every block, four times a day -- at 9am, 11am, 3pm, and 5pm -- recording the license plates of all vehicles parked during those times. They then used that data to determine whether the vehicles were registered by residents or non-residents, and how long they had parked during the day.
As it turns out, the situation is pretty bad. Here are the numbers:
Some blocks fared much worse than these stats indicate, however, with occupancy at 100%, and residents accounting for 0% of that occupancy. For the full block-by-block breakdown, click here.
A couple of proposals under consideration involve adding parking meters to Divisadero between Page and Golden Gate. One proposal would impose a 2-hour time limit to the rest of the study area on weekdays between 9am and 10pm, while a more lenient proposal would lift the restrictions at 6pm and allow a 3-hour time limit on certain blocks.
These proposals are very preliminary, however. Creating a new permit parking area is a 10-step process, and the SFMTA is currently only at step 3.
The next step is to settle on an actual proposal for streets and hours to be included in the the RPP. That proposal would then be subject to all sorts of reviews, community feedback, and votes by the SFMTA.
The whole process could take another six months or so. We'll keep you updated as plans progress.
San FranciscoDivisaderoLower HaightAlamo SquareNoPaUpper Haight
About 20 hours ago