Photos: Nuala Sawyer / Hoodline
By Nuala Sawyer - Published on May 14, 2014.
San FranciscoDivisadero
Acme Burgerhaus, our neighborhood's go-to for late night post-bar burgers and fries, has had a rocky year. Now it appears that the spot has closed down again, ostensibly for renovations.
This time last year, we were convinced it had closed for good, as a "For Lease" sign appeared in the window. Then three weeks later, it opened again.  The story was that owner Joe Dabit had opened a new location in the Tenderloin and shifted all of his Divisadero staff there. Once he hired new workers, he reopened. That being said, he was still interested in unloading the location after 16 years in the business. His Tenderloin location closed its doors after less than a year in business.
The Divisadero location has now been closed for over two months, with stacks of unopened mail in the windows and a thin layer of white construction dust covering the floor.  We got ahold of Joe, who stated that they're not closed, just doing renovations. "It was supposed to be done a long time ago, but it wasn't," he told us. Is a little more patience in order, or might the stalled renovations signal something more? 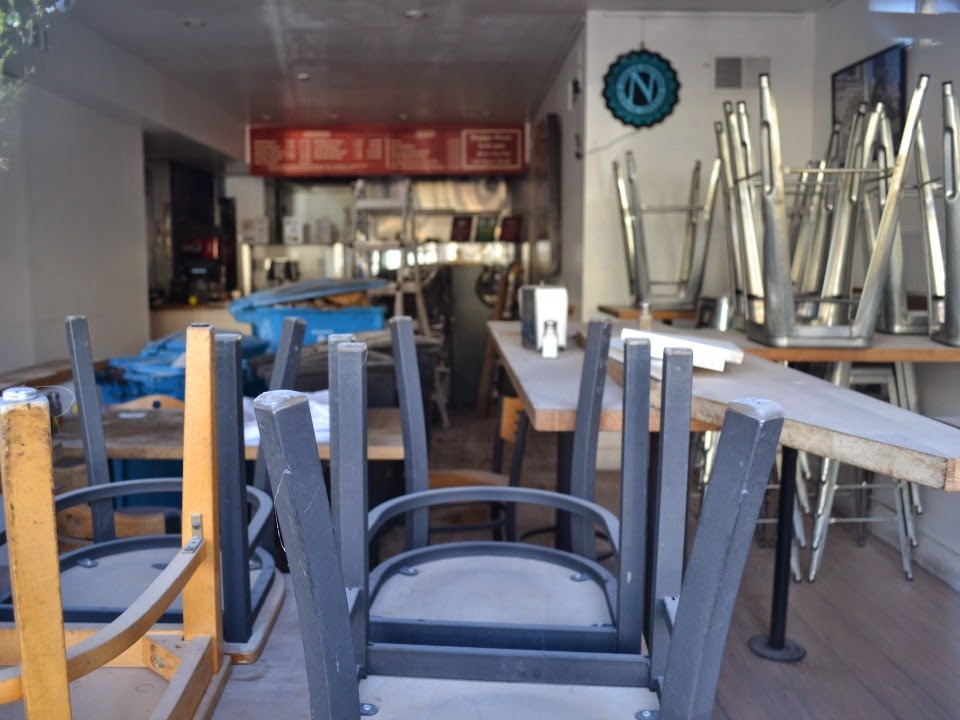 In the meantime, Divisadero still has plenty of options to fulfill your burger cravings . KK Cafe at 252 Divisadero may be famous for their peanut milk, but they also make a pretty great burger. Jay's Cheesesteak also has a burger for a quick satisfying fix, as does Blue Jay Cafe and Eddie's.  For late nights, 4505 Burgers & BBQ's special burger window is open from 10pm until 2am on Friday and Saturday nights, guaranteed to take the edge of that impending hangover. And if you want to go upscale, there's always NOPA's famed version.
We'll keep you posted with any new developments.
San FranciscoDivisadero
Sep 26, 2022