Photo: Marisa Plaice
By Stephen Jackson - Published on May 22, 2014.
San FranciscoDivisaderoAlamo Square
You may or may not be aware of the fact that Alamo Square will undergo some pretty big changes in the near future. We saw this sign yesterday as an indication that things are picking up speed: 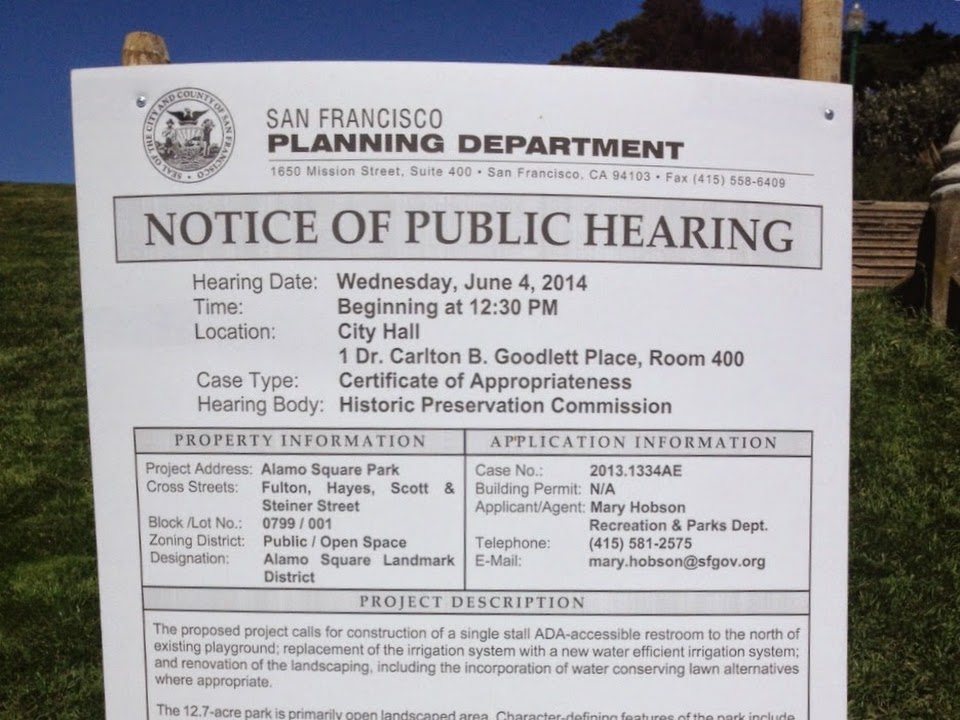 (photo: Stephen Jackson / Hoodline)
The sign announces a public hearing held by the Historic Preservation Commission for a “Certificate of Appropriateness.”  These hearings are necessary whenever alterations are proposed to any properties designated as city landmarks.
Both projects have been in the planning phase for some time now.  The Recreation and Parks department received a combined $2.3 million in funding from the 2012 Clean and Safe Park Bond’s water Conservation Program and the SFPUC’s Grant Assistance for Large Landscape Retrofit Program to overhaul Alamo Square Park’s water saving capabilities. Additional park bonds will be used to fund the bathroom improvements.
Yes, we’re getting a new bathroom on the north end of the children’s playground, as well as some renovations to the existing restrooms, which were built way back in 1914. Here's what the new ones should look like: 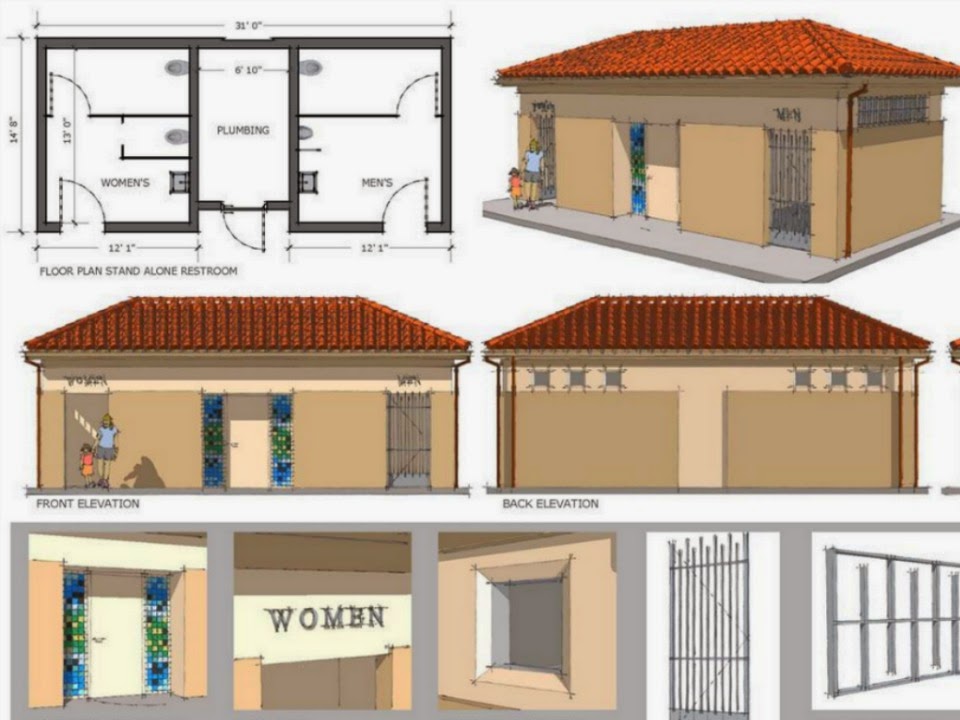 (Image by SF Recreation & Parks)
One of the other major goals behind the impending park revamp is to save water, which is quite apropos given the looming shortage we may soon be facing as Californians. Reports estimate that improvements to the irrigation system (which is apparently leaky and poorly laid-out) and the planting of “lawn alternatives” (i.e. that moundy-looking grass you don’t have to mow), along with other conservation-minded fixes, will save the park over 2,500,000 gallons of water annually—a 33% reduction.

(Mowed grass (left) vs un-mowed grass (right). Photo by SF Recreation & Parks)
The project will also convert some of the sloped lawns around the park’s perimeter to drought tolerant ornamental planting beds. All the central lawn areas will be maintained and refurbished. Similar projects in Jefferson Square Park, Alta Plaza Park, and Balboa Park have already yielded comparably effective results.
The park renovation will also include the repaving of pathways, introduction of drought-resistant shrubs, and the planting of additional trees for windbreak (huzzah).
As for how long the proposed changes will take? According to Sarah Ballard from SF SF Rec and Parks:

We estimate the start of construction in January 2015. The estimate construction duration is 8-10 months, but this is still being developed as we review the approaches and consider phasing the project, like we did at Mission Dolores. Approximately ½ of the total park area will be open at any given time.

The next meeting will begin at 12:30pm on June 4th, 2014 in City Hall at 1 Dr. Carlton B. Goodlett Place, Rm 400.
If you have the time and are interested in learning more about the project, swing on by. Otherwise, feel free to comment below and tell us what you think about the changes ahead.
San FranciscoDivisaderoAlamo Square
About 10 hours ago