Photos: Julie McCollough / Hoodline
By Julie McCollough - Published on May 23, 2014.
San FranciscoDuboce Triangle
Less than two months after its debut, the Little Free Library on Noe and 15th Street was stolen sometime between 11pm Wednesday night and 8am Thursday morning.
Neighbors Peter and Stephanie worked together as co-stewards to help fund and open the Little Free Library back in March. After the Library made its public debut with a ribbon-cutting ceremony, it quickly grew into a success.  People donated bags and boxes of books, sometimes without checking any out themselves.
"We’ve heard nothing but praise, people thanking us," nearby resident Jamison Wieser explained.  "It's been so rewarding."
Early Wednesday morning, it was Jamison who noticed that the library had gone missing, along with the 20 to 30 books inside. Stephanie suspects whoever is responsible for this probably drove by, picked it up, and took it home, likely as a prank.
"We are all sad about it," said Peter. "People would comment about how nice it was even if they didn’t take a book."
Other neighborhood residents clearly echo Kupfer’s disappointment. There’s already been movement in the community to replace the library and replenish the books. Donations started on Thursday via cash and Paypal, and appear to be tracked in a chalk thermometer-like drawing on the sidewalk. Stephanie hopes the donations will be a means of crowd-funding another library. 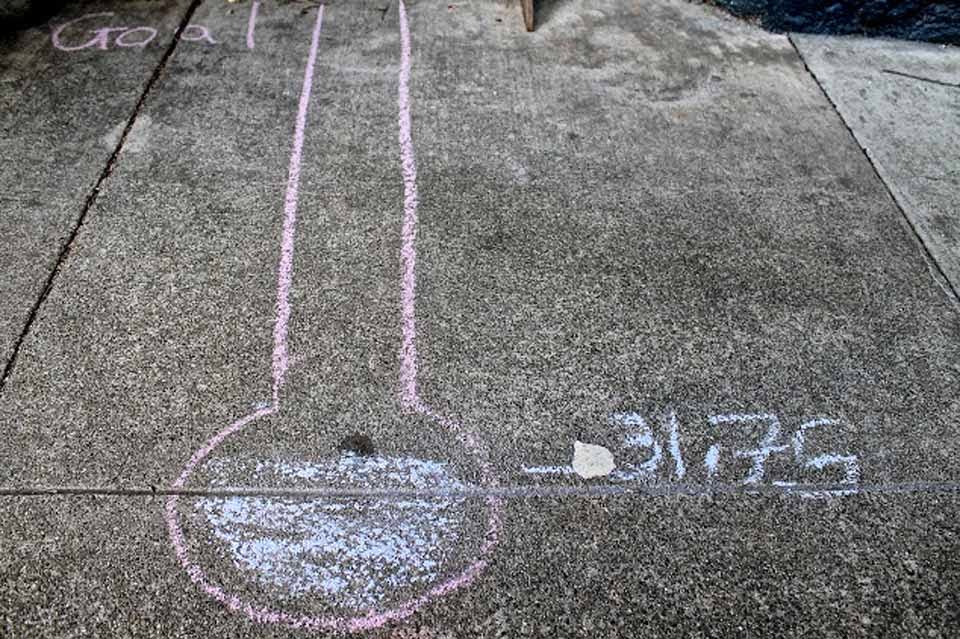 One resident, Paul Traina, said he contacted David Highsmith at Books & Bookshelves, who in turn offered a bookshelf from the store as a replacement. However, on his way over to pick up the bookshelf, Paul encountered a couple carrying a white armoire that looked like it would be a better fit for the limited space the Little Free Library occupies in an alcove between two apartment buildings.
"When I told the folks carrying it about the Little Free Library theft, they immediately gave it to me and helped me load it in the car," said Traina. "So really, it was an entire neighborhood effort." 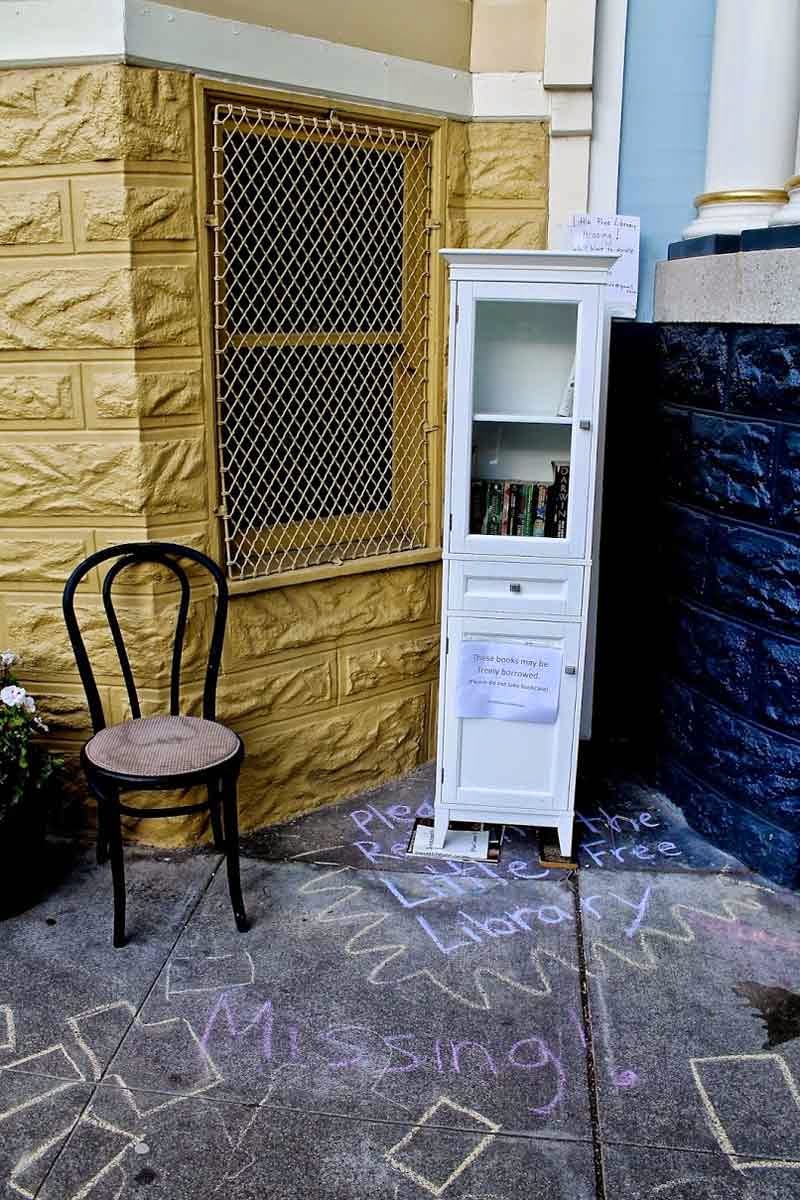 The goal of the Little Free Library organization is to create as many small local libraries as Andrew Carnegie built (that's 2,510). About 15,000 Little Free Libraries in the world were registered as of January.
All books are stamped so they can’t be sold and are checked out on the honor system, and there are no requirements in order to borrow a book. Jamison said he’s seen several of the books he donated be checked out and returned.
But in the last week or so, the stock has been dwindling. "It’s been raided several times," said Jamison.
As this branch is being rebuilt, Stephanie encourages area residents to check out another local Little Free Library. Located on Duboce between Steiner and Fillmore, outside a red house, this second neighborhood location operates under the mantra “Always a gift. Never for sale. Take a book. Return a book.”
"As disheartening as this has been, it’s also been really amazing to see the warmth of our neighborhood,” said Stephanie. "Real neighbors are helping other neighbors." 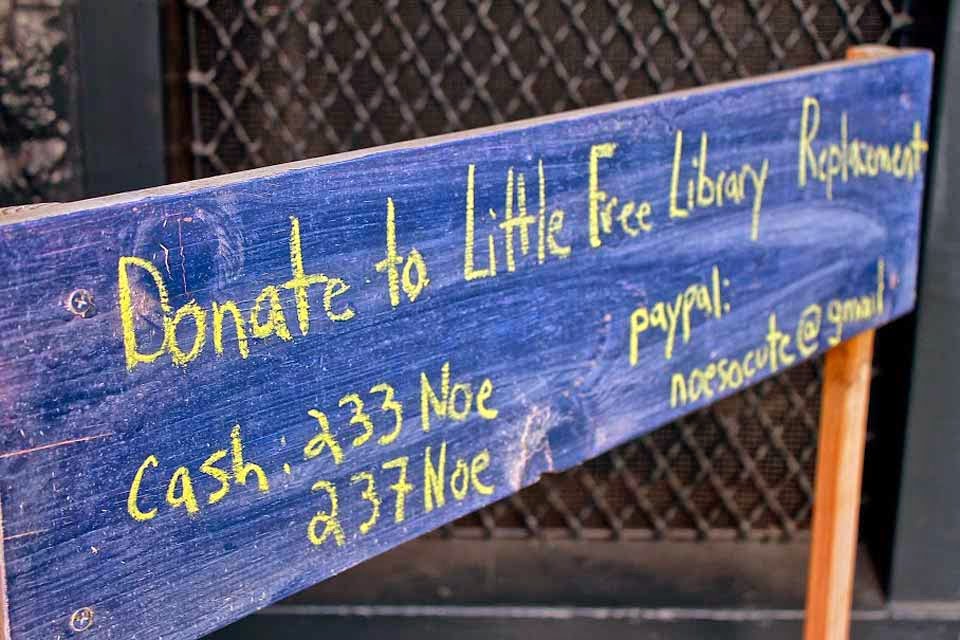 Donations for a replacement for the Noe Street Little Free Library can be made through Paypal to: noesocute {{at}} gmail {{dot}} com or in cash at 233 or 237 Noe Street.
San FranciscoDuboce Triangle
About 9 hours ago