At 405 Shrader Street, right near the corner of Oak, you'll notice what looks like might have been a storefront, ages ago. The big picture windows on the ground floor are covered by opaque white shades, and there is an 8.5x11" sign that simply says "Concerts" and gives a brief description of three upcoming performances. Curious, we decided to investigate the mysterious space. 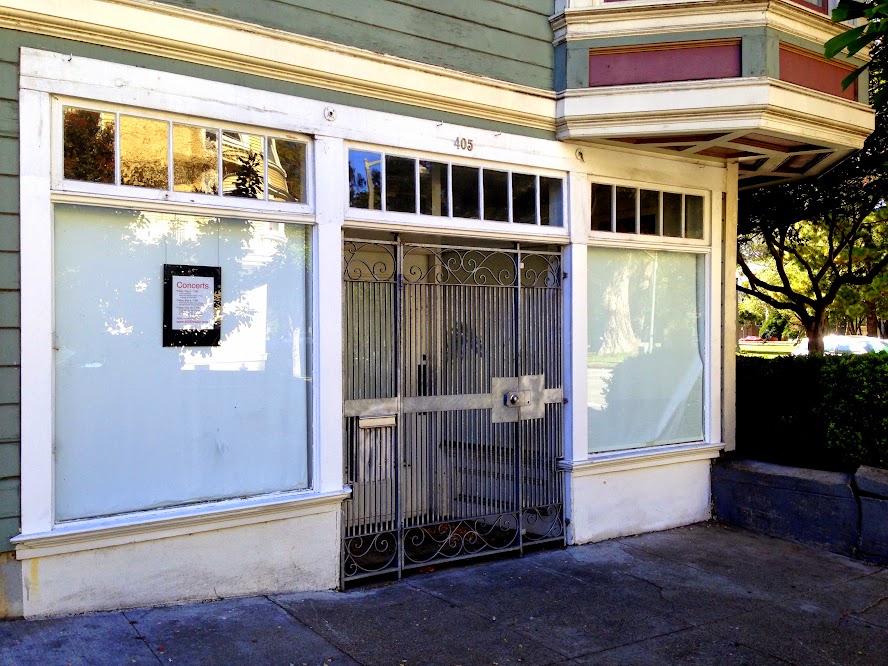 As it turns out, Michael Milenski and his wife Ellen started their concert series three years ago. They found the space after searching for a spot to house their Grotrian concert grand piano and allow Ellen to practice. Once settled in, they decided that the space would be a great place to invite neighbors to hear their musician friends perform.
Now, Milenski programs two seasons in the space per year: one in April/May, and one in October/November. The space holds only 40 people for each show, and to reserve a seat, you have to email Michael at 504Shrader[at]gmail[dot]com. 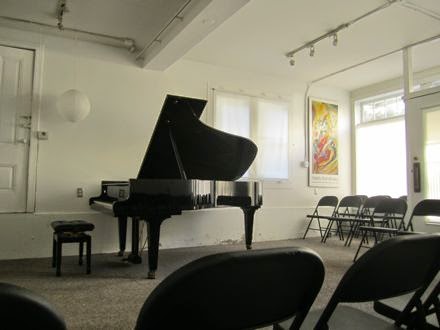 They're about halfway through the spring season, and the upcoming performances boast everything from baroque to Beethoven to contemporary pieces. You can see the full list of upcoming concerts here.
When asked about his favorite performances, Michael said he'd be hard pressed to pick a standout, then admitted, "Well, maybe I liked the piece we did with the naked Butoh dancer the most." Yow!
The next performance in the series is this coming Friday, May 16th.  Ponochrome will be performing  a contemporary work composed in 1971: it's George Crumb’s Voice of the Whale for electric flute, cello, and piano. The performance starts at 7pm, lasts about 50 minutes, and an aperitif is served afterwards. It's free if you RSVP with Michael, with a suggested $10 donation for the performers (they pass around an actual hat during aperitifs).
Bravo!
Neighborhoods
Upper Haight