Photos: Stephen Jackson / Hoodline
By Stephen Jackson - Published on May 16, 2014.
San FranciscoDivisadero
Panhandle Guitars has been tucked away on Fell Street, just off Divis, for nearly 20 years.
The space functions as a one-stop shop for all things guitar-related, from axes to amps, picks to pedals. Owner Robert Williams sells both new and used items, does repairs, and is also open to consignment agreements.
We stopped by and caught up with Robert to riff on a few questions of our own. 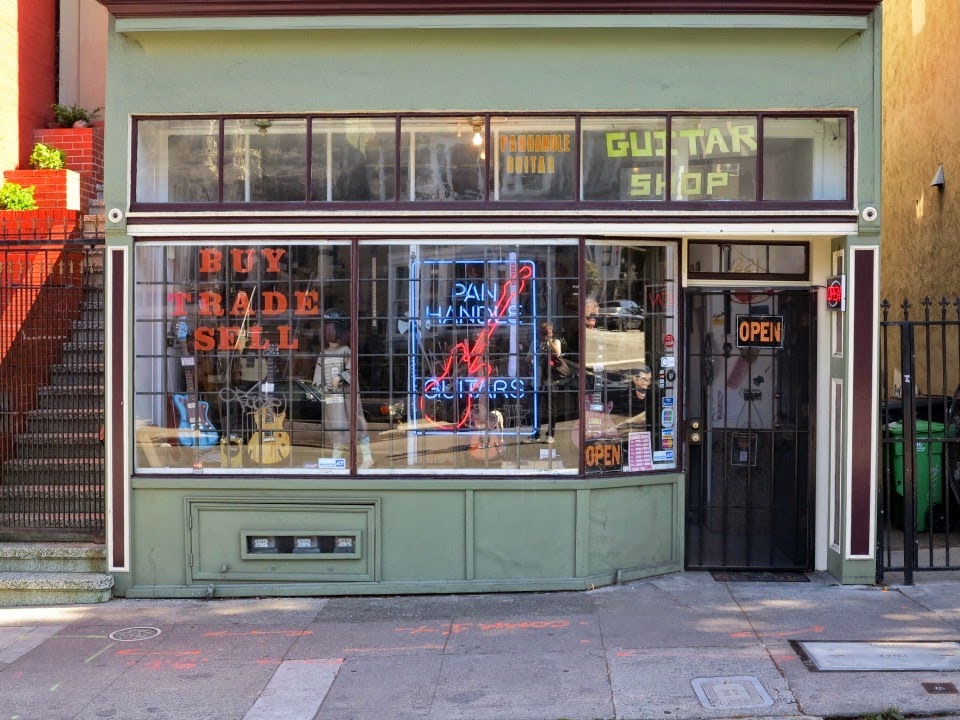 1. Where are you from and how did you get here?
I’m originally from San Diego. I moved up here on a whim in 1996 and I opened up the shop in 1997. I used to live a couple blocks from here, the place came up for rent and the guy who owned the building at the time managed surf rock and indie bands.
2. Who’s the most famous person that ever walked into the shop?
There’s been a couple, but my favorite was East Bay Ray from Dead Kennedys. Also, Hope Sandoval from Mazzy Star and Kirk Hammett from Metallica. Santana came in a long time ago, too.
3. What’s the weirdest thing that’s ever happened here?
It’s open to the public. Schizophrenic people end up here sometimes and they’re just wacked out of their minds, since you got Walden House and some other places around here where they get to go out during the day. The Haight Street kids are actually pretty mellow. I’ll let them play the guitar and then they’ll tell their friends. I always give them the benefit of the doubt.
4. Is punk dead? Why or why not?
No, there are still a few venues, like Gilmans in Berkeley that are still known for that. It’s actually where Green Day played their first show.
5. What makes a “good” guitar “great”?
You’ll know when you pick it up. Man, they speak to you. 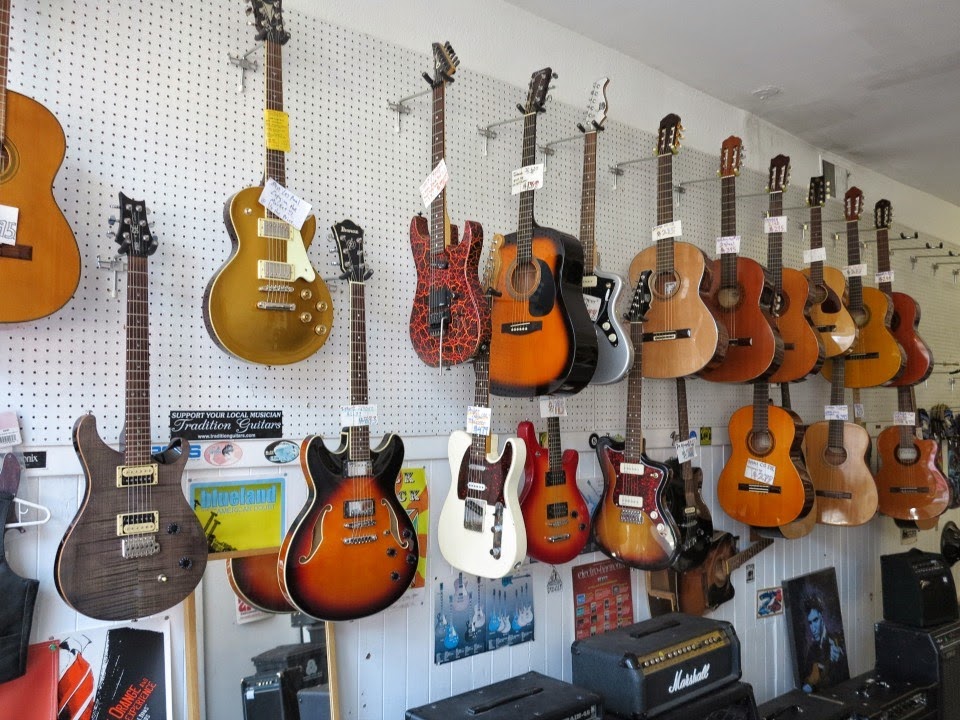 6. What’s the nicest guitar you've got in here?
It’s a 1955 Fender Telecaster. It’s rare in light green and it’s got a rosewood fingerboard. Most of them were made from maple. It’s been appraised at $20,000.
7. Was this city, in fact, built on rock and roll?
I think so. It made me move here. The scene was actually a lot better when I moved here. I came up for the rockabilly scene. There used to be like four or five shows a week. It kinda died, but it will come around again. Everything comes and goes in phases.
So there you have it. If you're interested in learning more about the city's musical history, chatting with Robert about all things rock, or just jonesing to feel a guitar under your fingers, stop by Panhandle Guitars and say hello.
San FranciscoDivisadero
About 16 hours ago