Photos: SFMTA
By Nuala Sawyer - Published on May 12, 2014.
San FranciscoDivisadero
The massive condos built in 2007 on Oak and Broderick are currently home to Falletti Foods, Delessio, Nopalito and Peet's Coffee. In the early 1900s, however, this corner was the location of the Oak and Broderick Car and Power House, a cable car operation facility that powered much of San Francisco's public transportation. 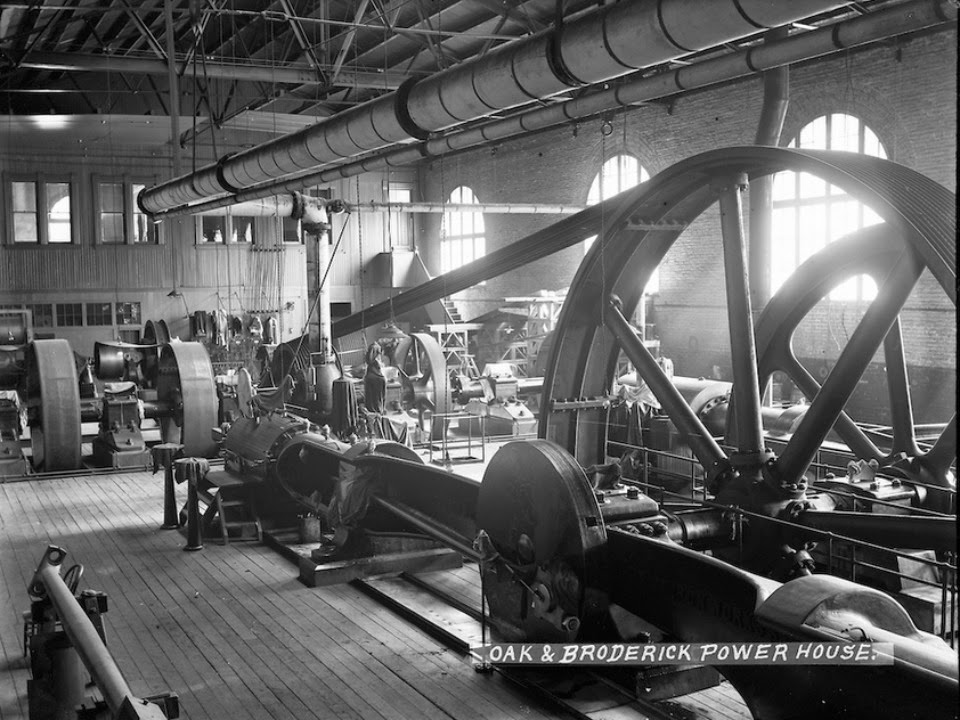 Operated by the Omnibus Railroad and Cable Company from 1889 to 1893, it was then taken over by Market Street Railway. Referred to as an "electric car barn," The Oak and Broderick Car and Power House converted to electricity in 1895 and served as a station and car storage facility for many of these routes in the late 1800s. 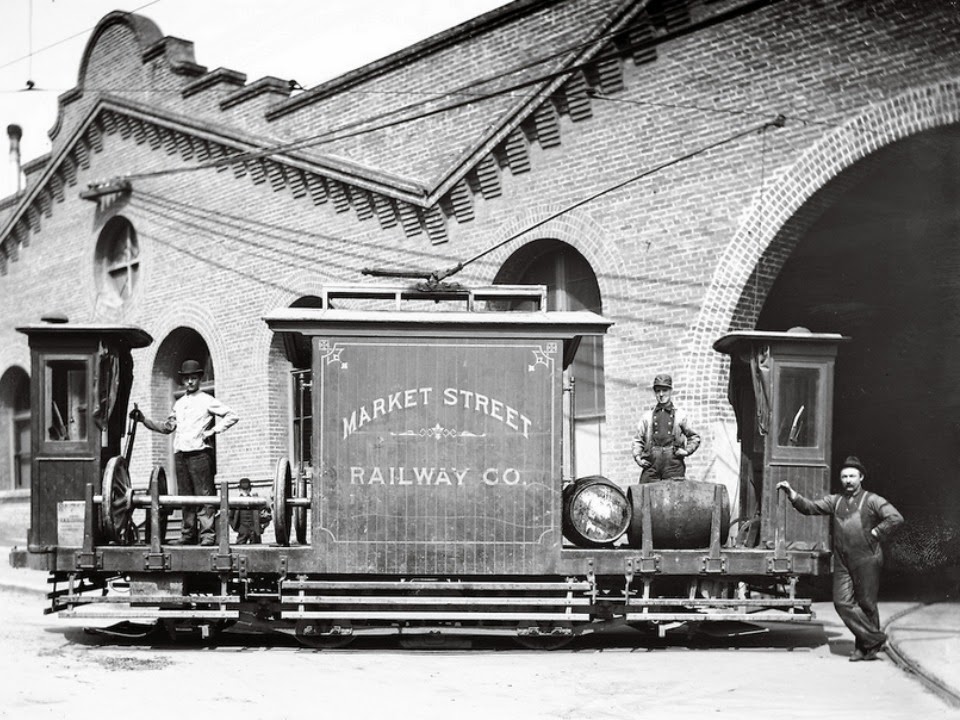 The car house's central location was briefly considered for a police station and hospital in 1895, for the following reasons:

There is not a part of the City where a section of the Police Department is more needed...there are none in the Richmond and Panhandle districts. There is no place in the whole City where a hospital is so badly needed. Accidents at the rate of twenty or thirty a week occur in the park and on the drives leading thereto. Dr. Lord and three or four other physicians living in the neighborhood have signified their willingness to give their emergency services gratis for the sake of having the station and branch Receiving Hospital established there.

It seems that the Chief of Police did not approve these plans, as they never took effect, despite the argument above.
Never a hospital, the car house was used as a public transportation drafting house, as this photo from 1907 shows: 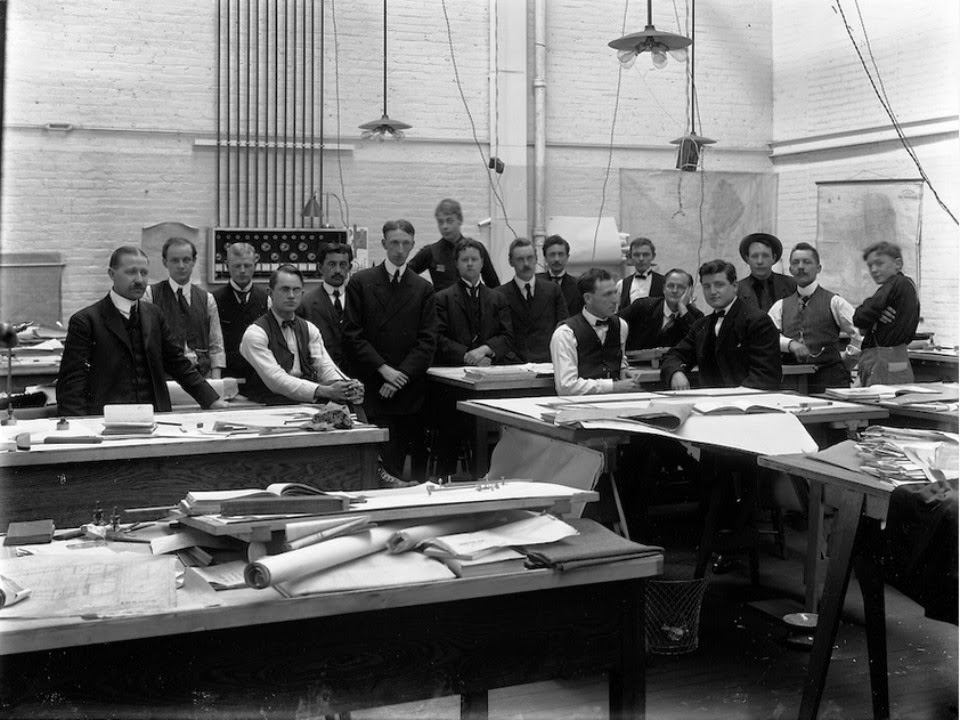 Though recorded history is scarce on details about this huge building, we can imagine that its huge size, coupled with the necessity of public transportation, made it an important landmark at the time.
The car house was closed on August 15th, 1938, and all of its cars were relocated to other divisions, marking the end of the Car and Power House's tenure on the block.
San FranciscoDivisadero
About 21 hours ago