Photos: Stephen Jackson / Hoodline
By Stephen Jackson - Published on June 16, 2014.
San Francisco
The SFMTA (Muni) is likely to finalize a pilot program for private-company shuttles at a public hearing this Friday, that will legalize their use of public bus stops. You'll begin seeing the results around where you live within the next few months.
Until now, shuttles have been using them illegally, risking a $270 fine for using a Muni stop. Under the proposed 18-month pilot program, which got its final approval back in April, Muni will charge companies like Google and Genentech $1 per stop at pre-approved locations across the city.
Set to roll out this August through January 2016, the plan aims to bring order to the certain amount of chaos that has ensued as a result of private transportation companies using public bus stops willy-nilly. Muni estimates it will generate $1.6 million in permit fees, which will pay only for the cost of the program (SFMTA is not allowed to profit from the program).
The proposed stops were selected upon review of zones requested by the shuttles as well as residents, and and sought to avoid heavily used Muni stops and routes.
How might this affect you? There are shuttle stops all over the areas we cover. Here’s a map showing exactly where. The green spots represent the "shared Muni-commuter shuttle zones." The red spots mark a 6am - 10am white zone, and the blue spots are 6am-10am and 4pm-8pm white zones. 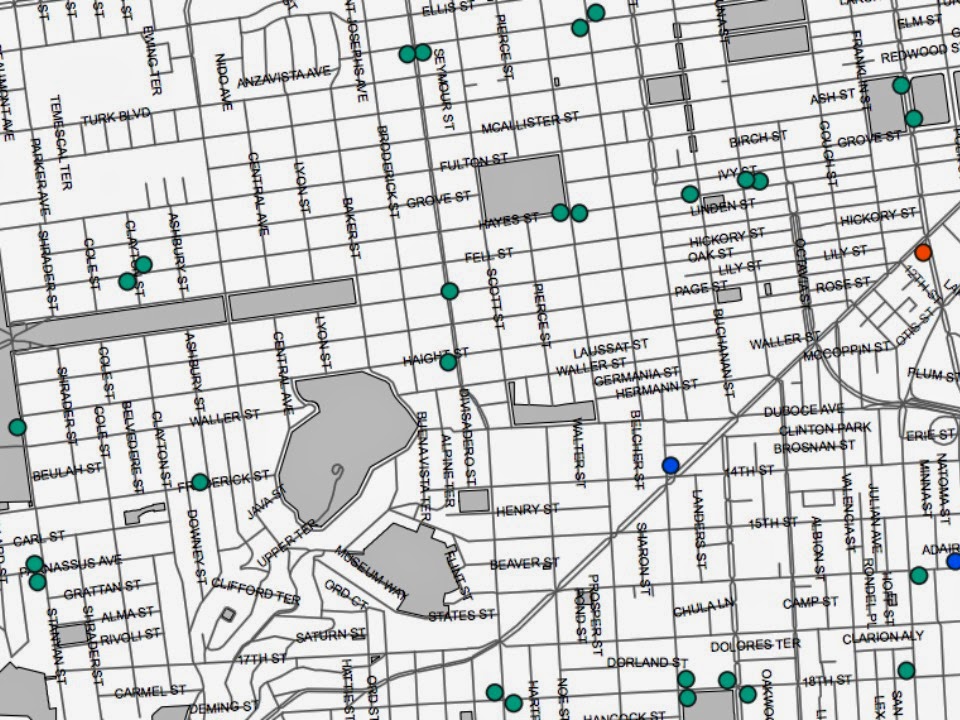 Area Muni stops where commuter shuttle buses will be permitted in the pilot program:
The agenda, where we got this list from, also shows a few other changes that will be reviewed at a later hearing – like more space for buses and shuttles near the Haight and Divis intersection.
Here are some images of some of the proposed stops, in case you will be using the shuttles for work, or if you just wanted to know what’s coming down the line in the next few months. Any of these look familiar? 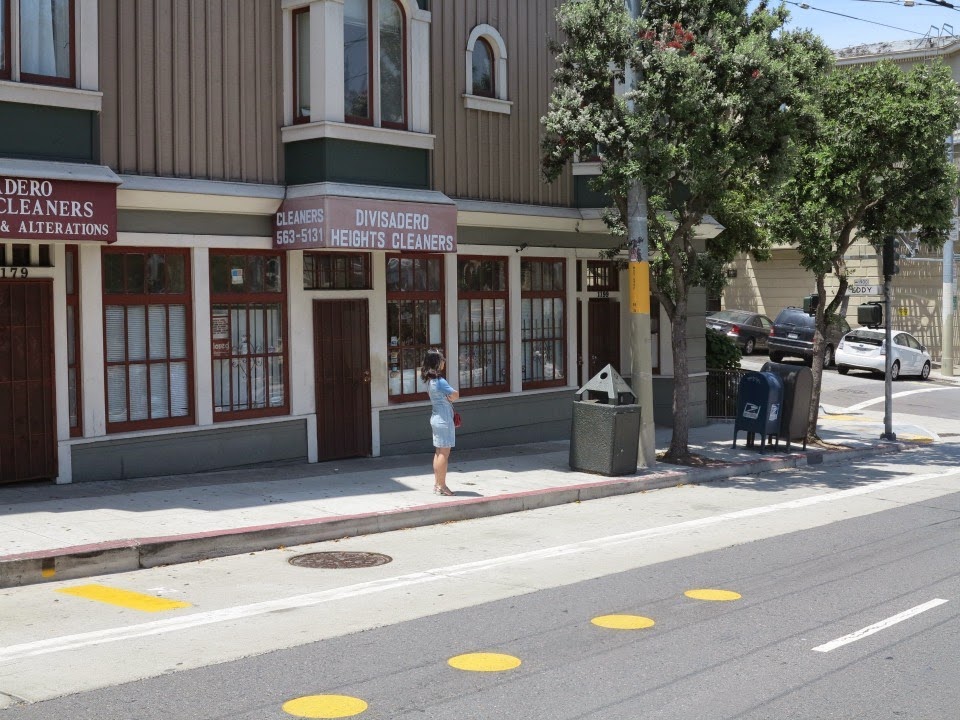 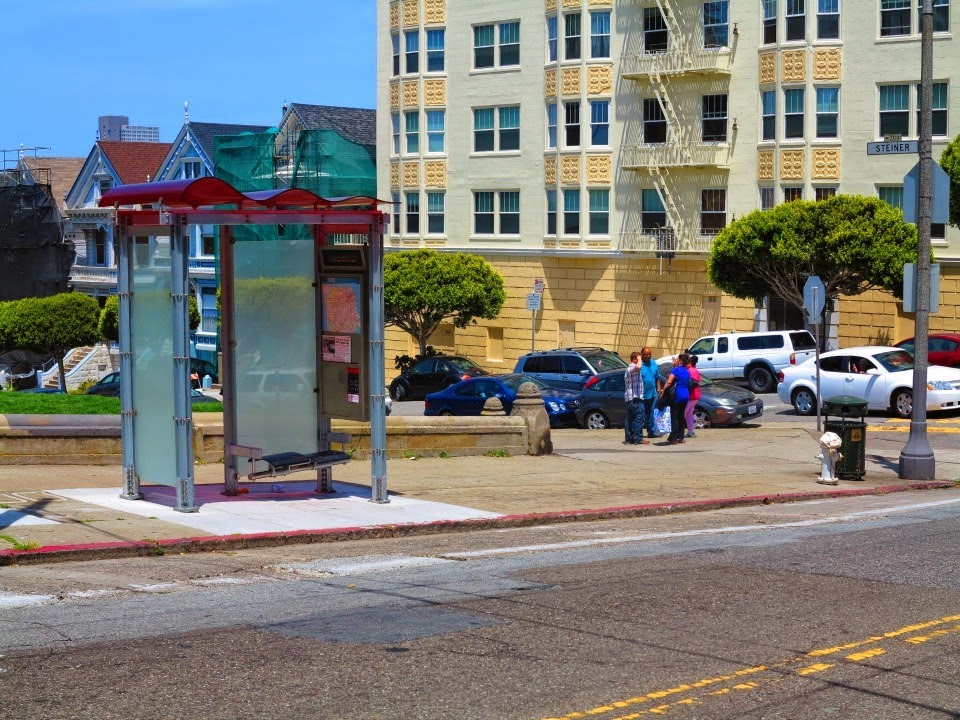 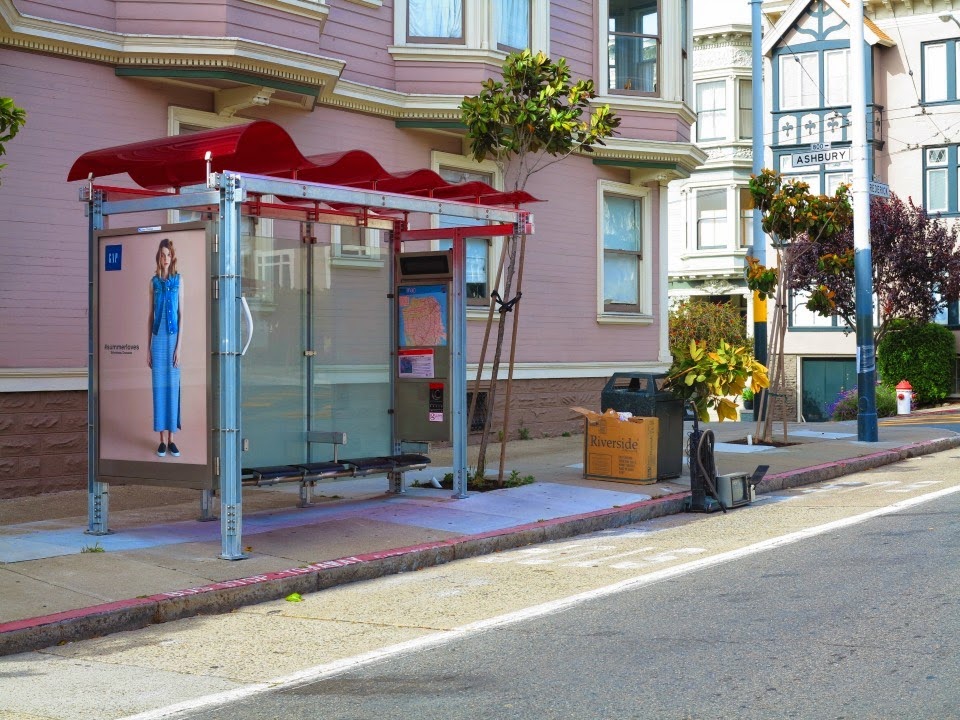 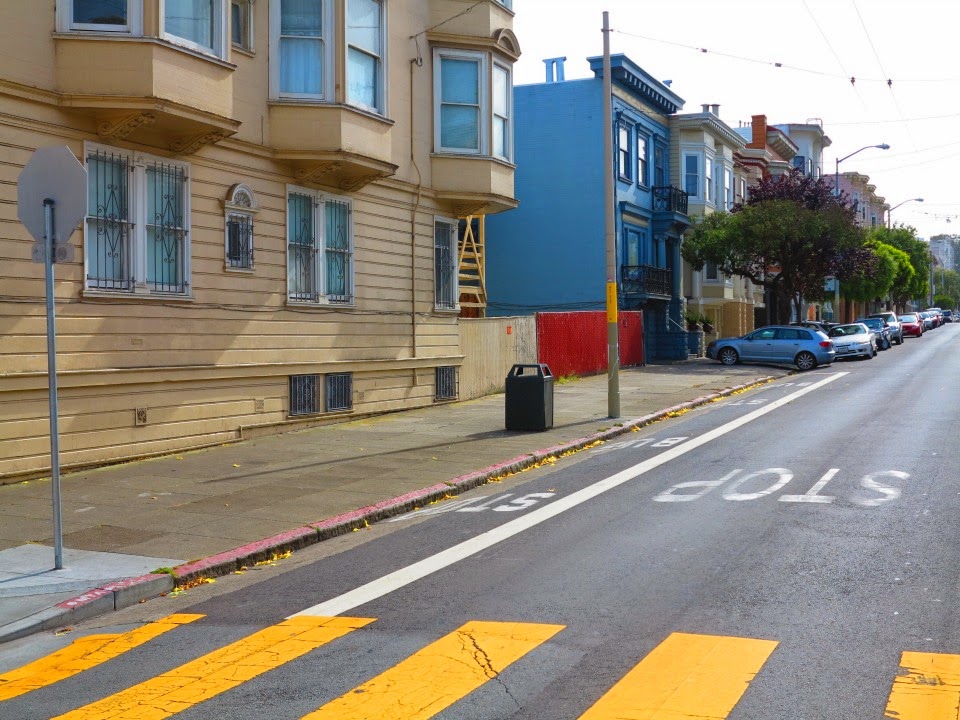 Hayes and Clayton Street
Unless you’ve been living under a rock, you probably know that these buses have been objects of considerable protest over the past few years. They cut down on the number of cars, lowering emissions and traffic, but they also can tear up the streets, and many San Franciscans have blamed the influx of these vehicles for everything from high rental prices to cultural homogenization.
Wherever you stand on this issue, we thought you’d like to know that a public hearing will be held this Friday, June 20th, at 10:00am in room 416 down at City Hall. If you can make it, swing by and make your voice heard.
And how do you, readers, feel about the upcoming partnership? Let us know in the comments section. We’ll keep you posted on further details about the pilot program as we learn more.
San Francisco
About 11 hours ago