Photo via Stephanie Colombo
By Rose Garrett - Published on June 02, 2014.
San FranciscoHayes Valley
Have you spotted a new pop of color in the neighborhood?
A new installation has brought a bright display of international flair to Laguna and Linden. As first noted by tipster Stephanie C., the flags adorn the exterior facade of 540 Laguna Street. But just what are they all about?
We got our answer from building owner Joe Theisen, who wrote in to dispel the mystery:

"You might have noticed a new flag installation on Laguna at Hayes. Well it is, not surprisingly, in celebration of the World Cup! I wanted to enliven the block and add a little drama on a boring blank wall between Linden and Hayes, and voila. But there is a little mystery there: 32 teams/countries qualified for the World Cup, but there are 33 flags. Any guesses?"

We'll leave the guessing up to our clever readers.
The World Cup begins on June 12th and lasts for four weeks of international soccer action. Got suggestions for the best place to watch the games? Let us know in the comments.
In the meantime, here's another look at our new  World Cup homage: 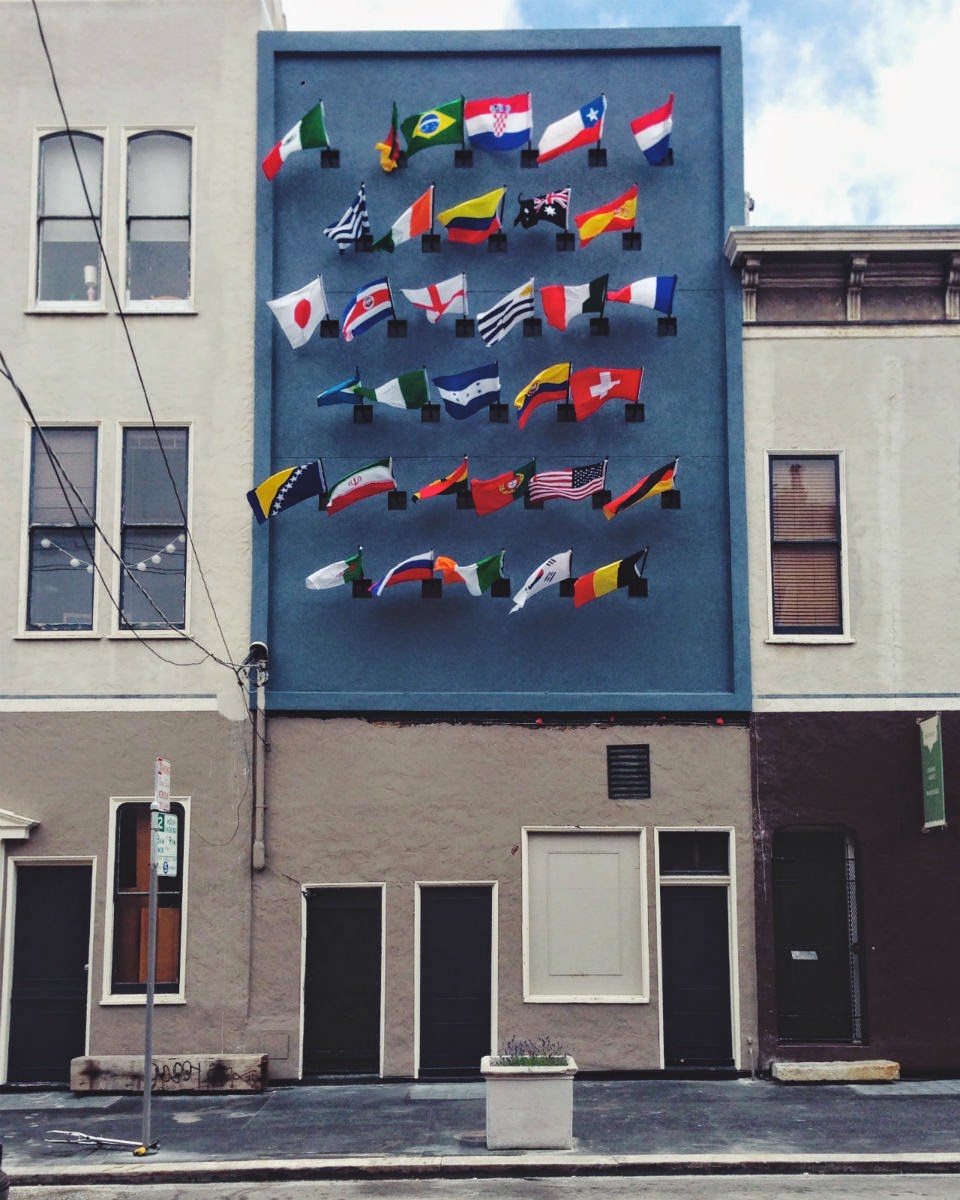 (via tipster Allison M.)
San FranciscoHayes Valley
About 13 hours ago