Photo: Rose Garrett / Hoodline
By Andrew Dudley - Published on July 16, 2014.
San FranciscoDuboce TriangleLower HaightCastro
A small group of protestors met at sunrise at the corner of Church and Duboce this morning, anticipating the imminent eviction of the recycling center there.
Chanting "Who are we? Recyclers! What do we want? Respect!" and "We've got a message for Safeway, recycling has gotta stay," the group hoped to save the controversial facility at the eastern corner of the Safeway parking lot.
As we reported earlier this month, the San Francisco Community Recyclers facility had continued operating past its deadline of June 30th, a date it had agreed to in a settlement with the Safeway. While supporters of the center view it as a lifeline for low- or no-income San Franciscans and a requirement mandated by state law, Safeway and city officials contend that it has become an obsolete eyesore in an era of curbside recycling, and an unfair burden for nearby residents.
The protestors gathered at the site at 5:30am this morning, attempting "to block the entrance to the recycling center and prevent SF Sheriff's efforts to reclaim the land." They had heard that Sheriff Ross Mirkarimi could be enforcing the eviction at any time after 6:01am this morning, thus the early start.
Patrons of the center lined up yesterday afternoon in an effort to utilize the facility in what were thought to be its final hours: 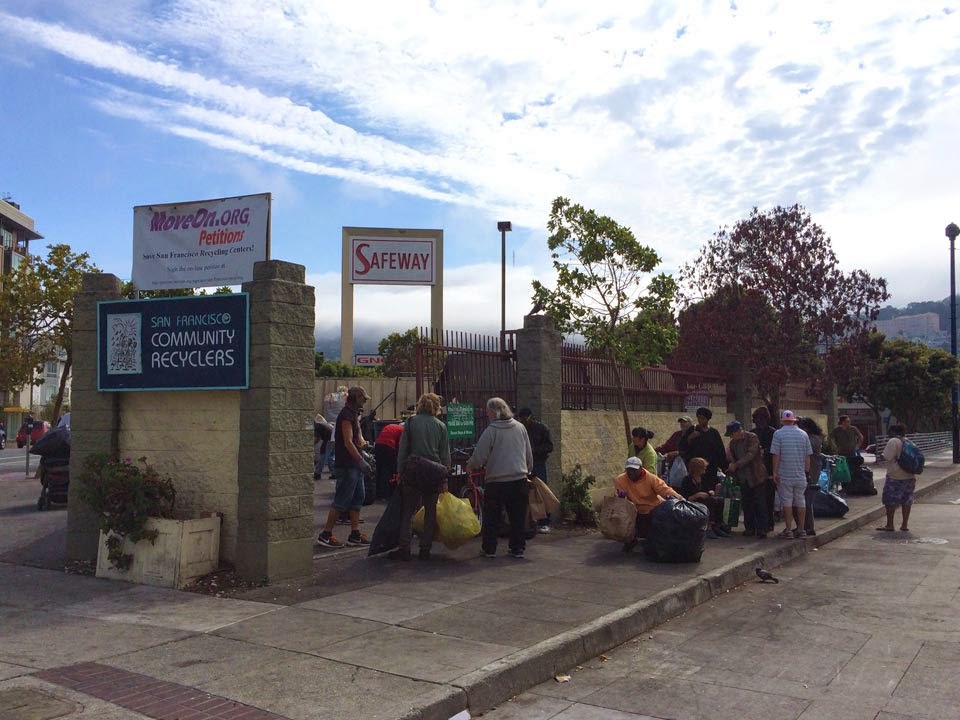 As of 8am, no police presence had yet arrived on the scene. We'll keep an eye on the situation and will update as events unfold.
UPDATE, 1:30pm: Despite the efforts of protesters, it appears that the recycling center has indeed been shut down today (see update below). At midday, the gates are locked, no employees are on the scene, and the interior of the space has largely been cleared out.
UPDATE, 2:15pm: According to Kathy Gorwood, a spokeswoman for Sheriff Mirkarimi's office, the eviction has not taken place just yet. She informed us that yes, the five-day period which takes place after the posting of notices—and during which time enforcement of the eviction is prohibited—passed after midnight last night. Though she's not able to provide a date and time for the eviction, she did tell us that it is "scheduled and in the queue." 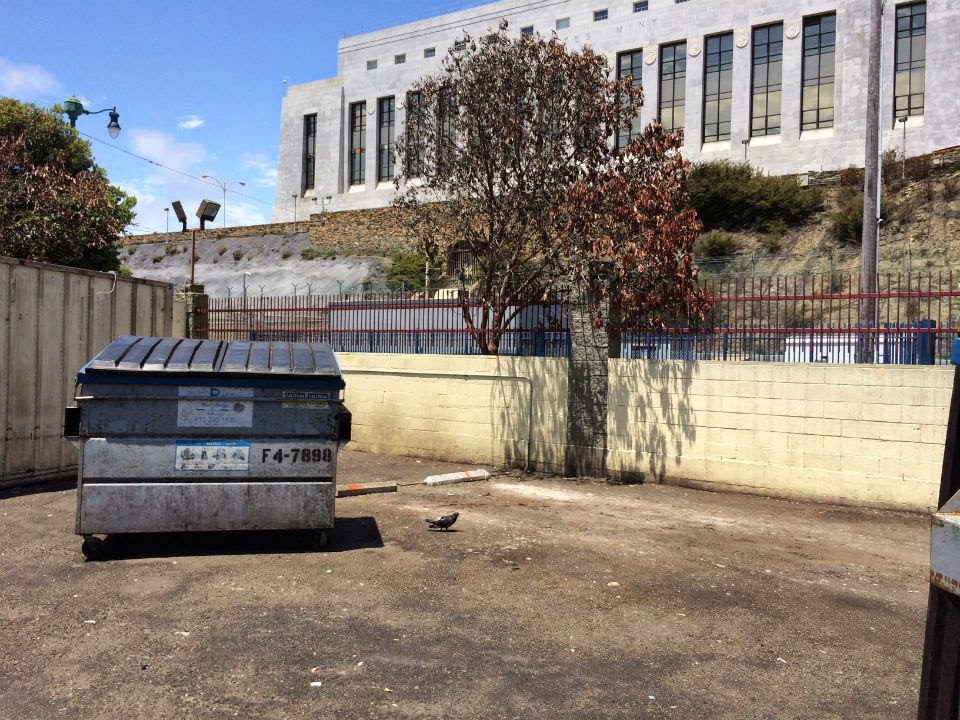