Reader Susan M.
By Andrew Dudley - Published on July 07, 2014.
San FranciscoLower Haight
It was an Independence Day weekend to forget for the owners of two cars parked on Scott Street.
Around 1:30pm on Saturday, a Ford Expedition hit the two cars, which were parked on the northwest corner of the intersection of Scott and Haight. 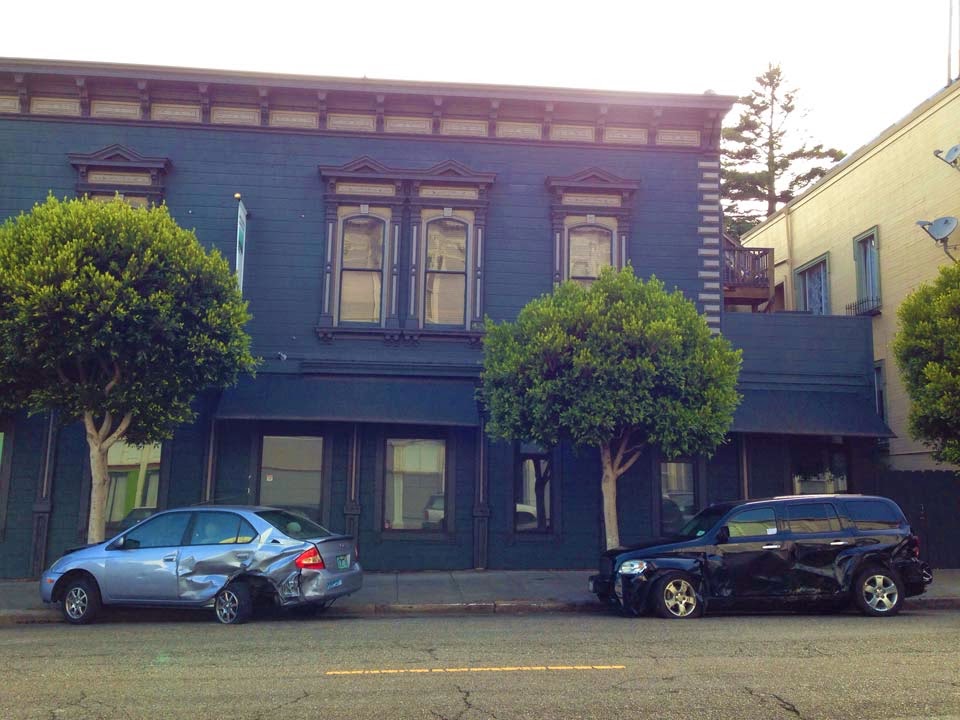 Reader Ashley S.
One of the cars, a black Chevy HHR, suffered damage to the entirety of its left side, as you can see in this photo tweeted to us by reader Lucas Saugen: 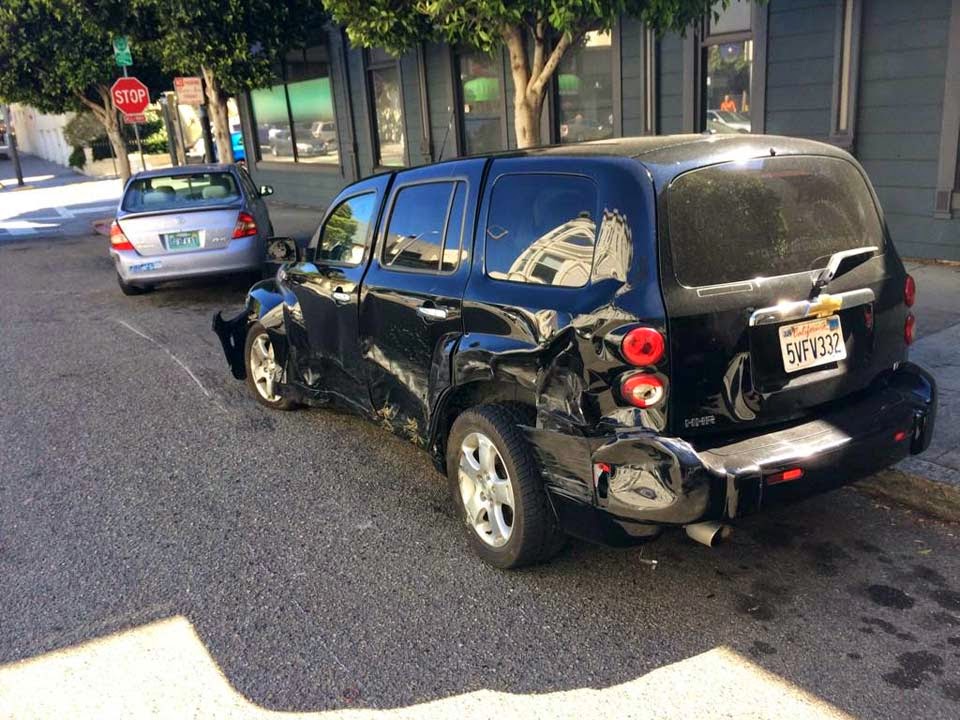 Twitter / @LucasSaugen
The other, a Toyota sedan, was hit near its rear left tire (which deflated), and appears to have been pushed onto the sidewalk where it hit a tree. 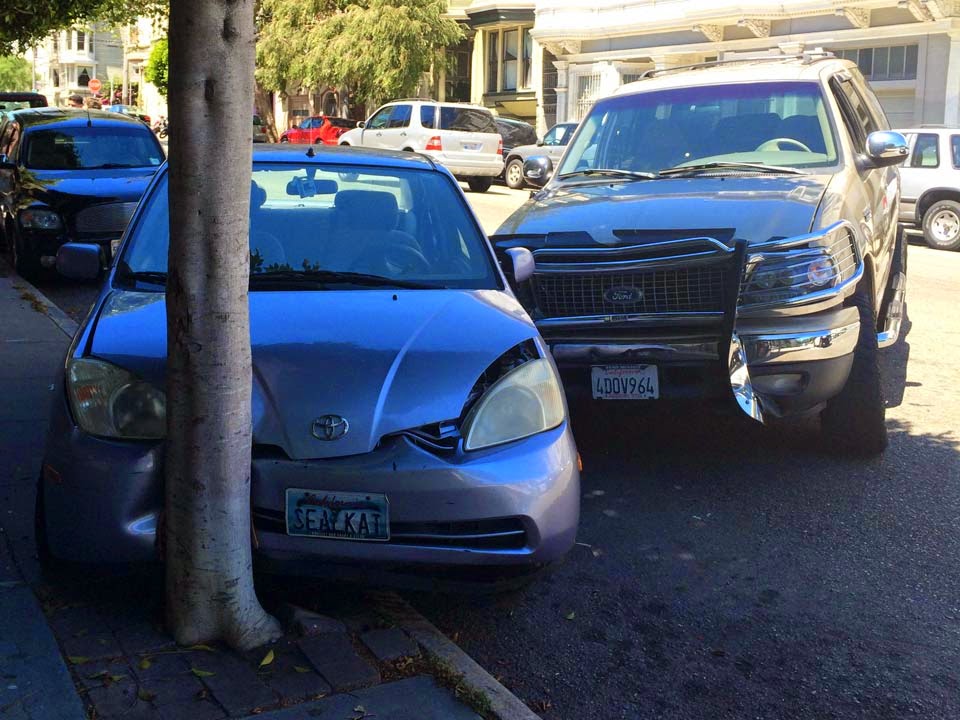 Reader Susan M.
The driver of the Expedition apparently stayed at the scene.  Eyewitness @ReLISTO claims to have heard him tell police that he had gotten into another accident just a day earlier.
As of last night, neither car had been moved from the site of the accident, but the owner of at least one of them had been made aware of the collision. The Toyota had a note on its dashboard announcing that it would be towed on Monday morning, as the body shop was closed: 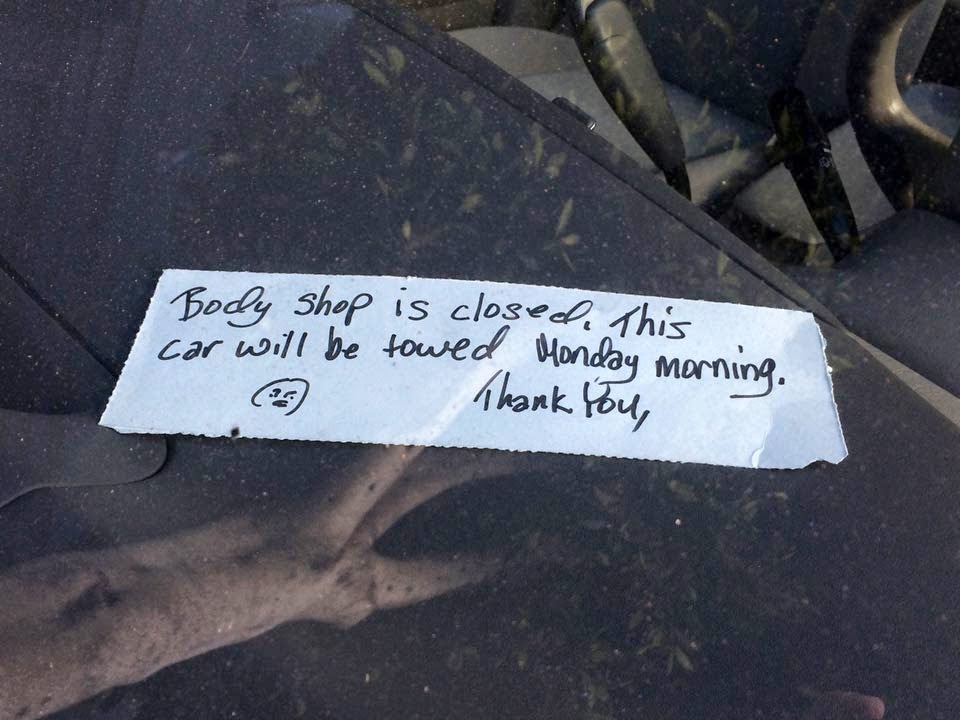 Andrew Dudley / Hoodline
Thanks to everyone who notified us of the incident.
San FranciscoLower Haight
About 10 hours ago