The Wayback Machine: When Haight Street Had A Streetcar

Photo: San Francisco History Center, SFPL
By Camden Avery - Published on July 07, 2014.
San FranciscoUpper Haight
Remember the 7-Haight streetcar? Okay, probably not.
But as you might know, the 7-Haight was the now-defunct, lately-a-bus line servicing the eastern end of Golden Gate Park. The street car operated from 1882 until this week 66 years ago, in 1948. Bus service on the 7 finally ended in 2010.
Trying to picture a streetcar trundling up Haight? The shot below was taken in 1948, the year the trolley service closed, and captures a streetcar passing the Haight theater going westbound at the corner of Haight and Cole (looking northeast).
(All photos via The San Francisco History Center at the San Francisco Public Library.) 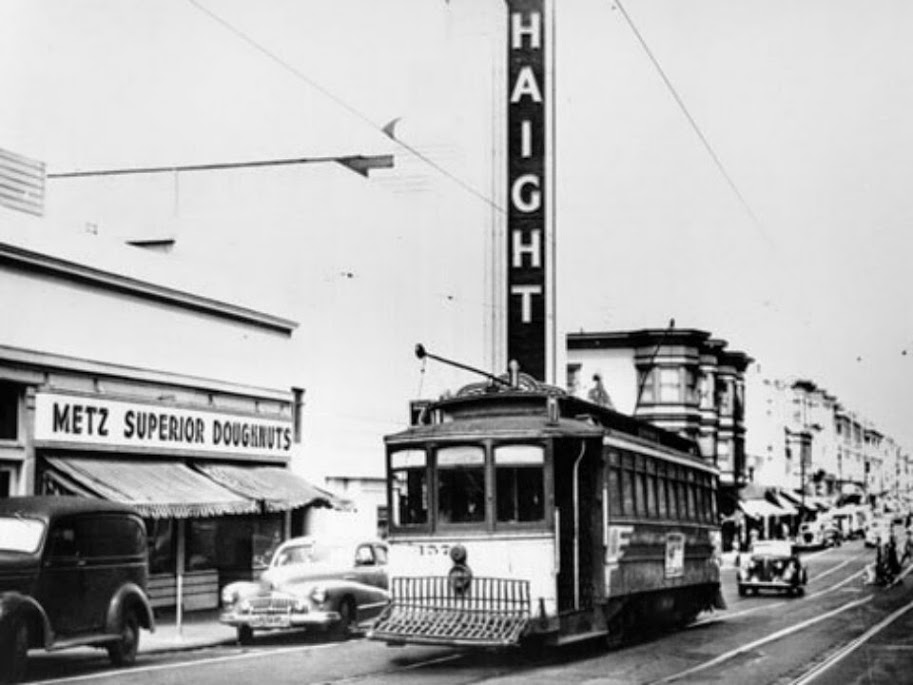 The turnaround and car service garage was located on the southeast corner of Haight and Stanyan, where Amoeba Records now sits: It's been 66 years since the streetcar stopped service, and four since the 7-Haight Muni line disappeared. Now, changes could be on the way for the 71-Haight and its "less than optimal speeds during peak periods."
So how would streetcar service fare in the Haight today? Better than a bus? Neato? A discrete but tasteful nod to our lustrous pre-hippie past? Picture it, then let us know what you think.
San FranciscoUpper Haight
About 20 hours ago