A Photo Tour Of The Haight's Newest Street Art

Photos: Camden Avery/Hoodline
By Camden Avery - Published on July 18, 2014.
San FranciscoUpper Haight
In the constantly changing landscape of neighborhood graffiti, we've had an exceptional couple of months. Here's a look at what's been going on.
First, news about the Eclair Bandersnatch stencil on the sidewalk in front of Mom's Body Shop at 1408 Haight. According to Christian Calinsky of Mom's, the city has threatened to cite the business if they don't clean up the Bandersnatch by next Tuesday, July 22.
Then, you know you've seen it, but did you know that Listen To This Wall (shown above), located behind the parking lot at Haight and Shrader, is a project by a local design collective to celebrate visual silence in urban space? Well, that's exactly what it is: an urban graffiti palate-cleanser.
And on that note, here's what's new in the 'hood.
This little number went up overnight above the Haight Street Market (on the side of the Red House) three weeks ago: 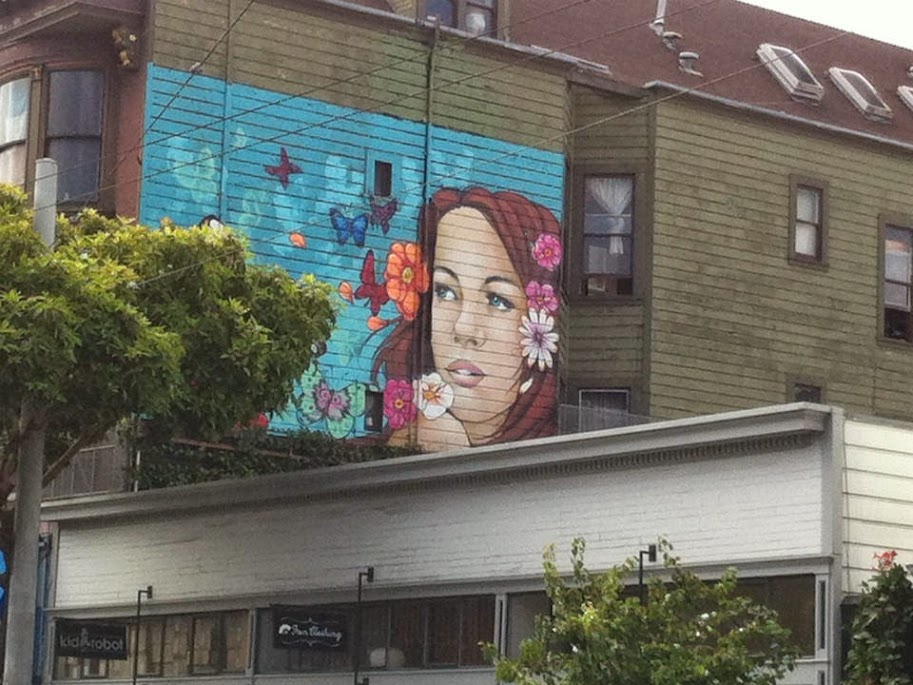 The southwest corner of Masonic and Ashbury is now dressed up in groovy tuxedo-style black and white: 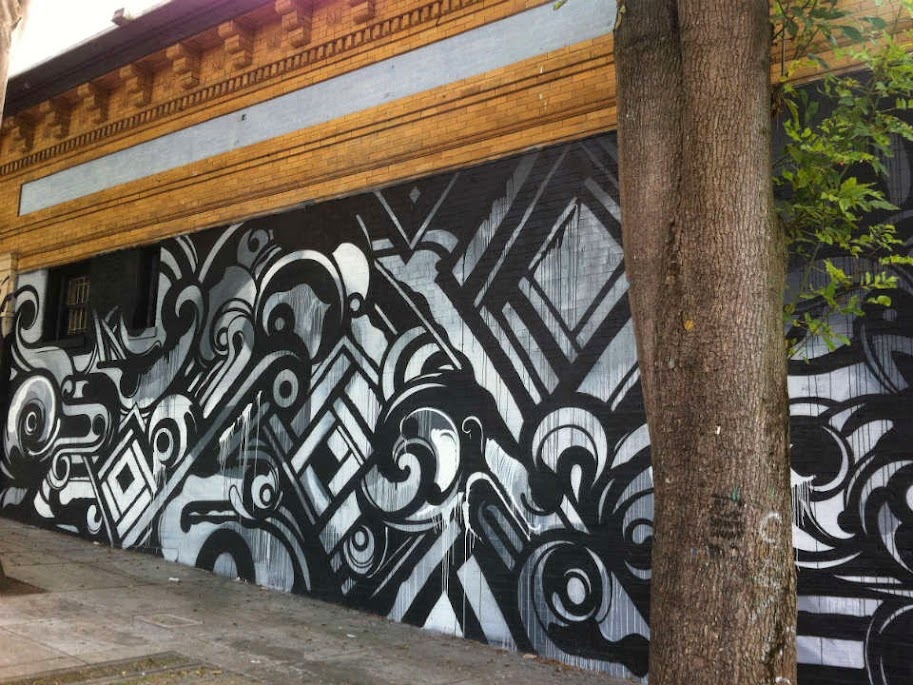 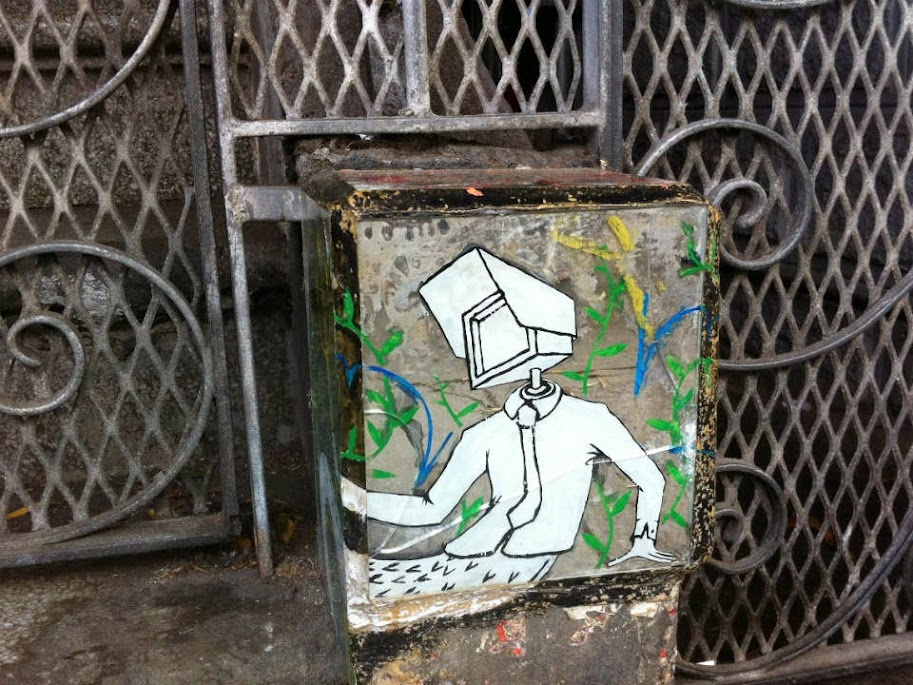 Then there's Fluevog's new mural, which was finished up a month ago: 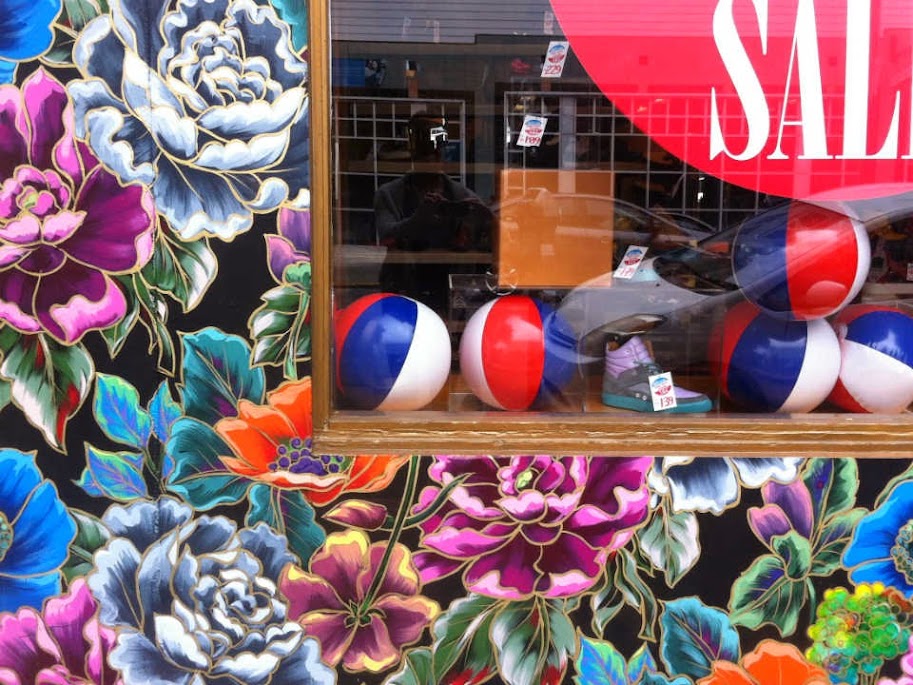 Fat gummy bear cop has been around for a while. He's on Haight and Cole between Frank's and the smoke shop: 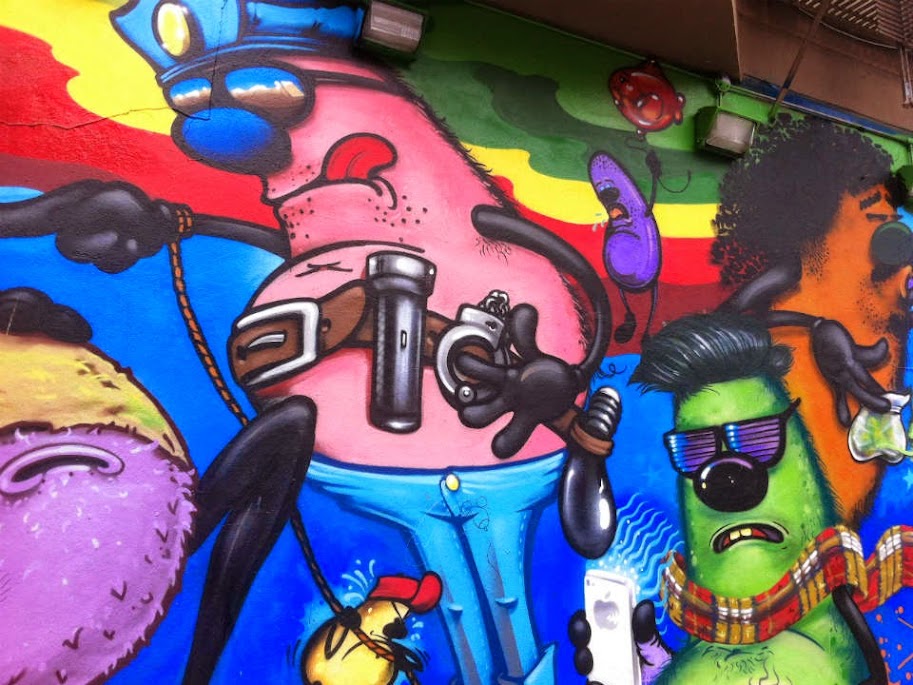 Then there's the perennially growing Amoeba alleyway, first to one side: 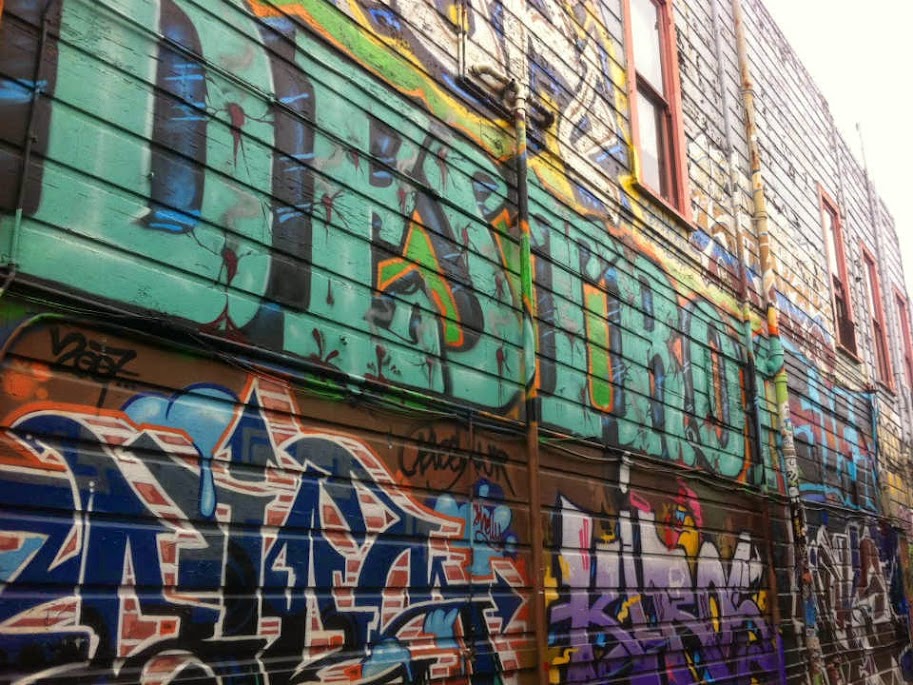 And then to the other: 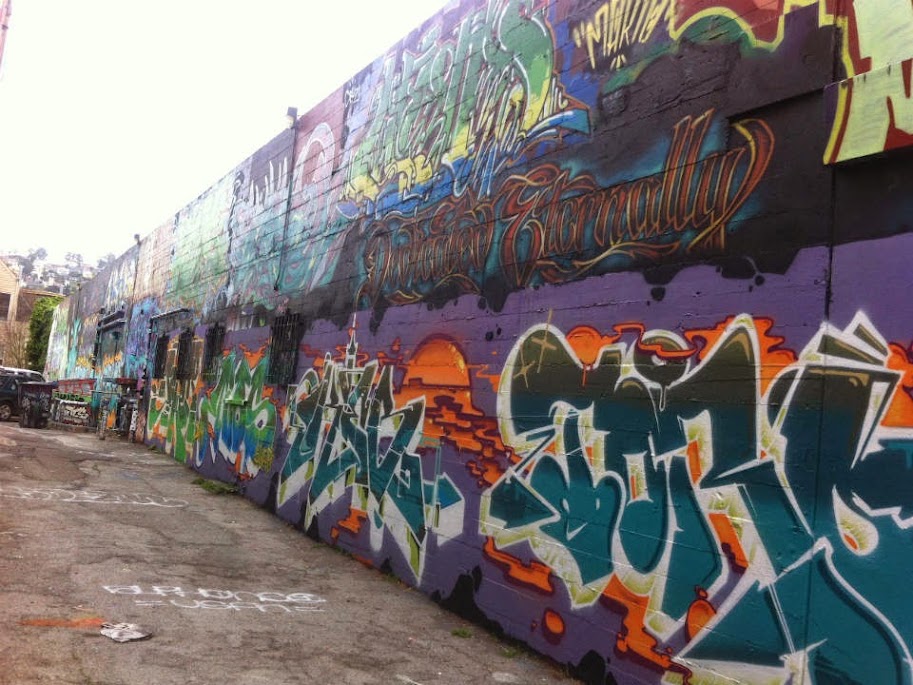 The neighborhood has certainly seen a fresh batch of street art recently, but if you're over all that and just want some eyeball rest, remember: you can always Listen To This Wall.
San FranciscoUpper Haight
About 17 hours ago