by Andrew Dudley @andrewdudley
August 25, 2014
Go ahead, call this a puff piece. Because it's about cream puffs.

After years of post-fire reconstruction, months of permitting and buildout, and weeks of testing, the neighborhood's newest business, Choux (pronounced "shoe"), will officially open its doors this week at 248 Fillmore Street. 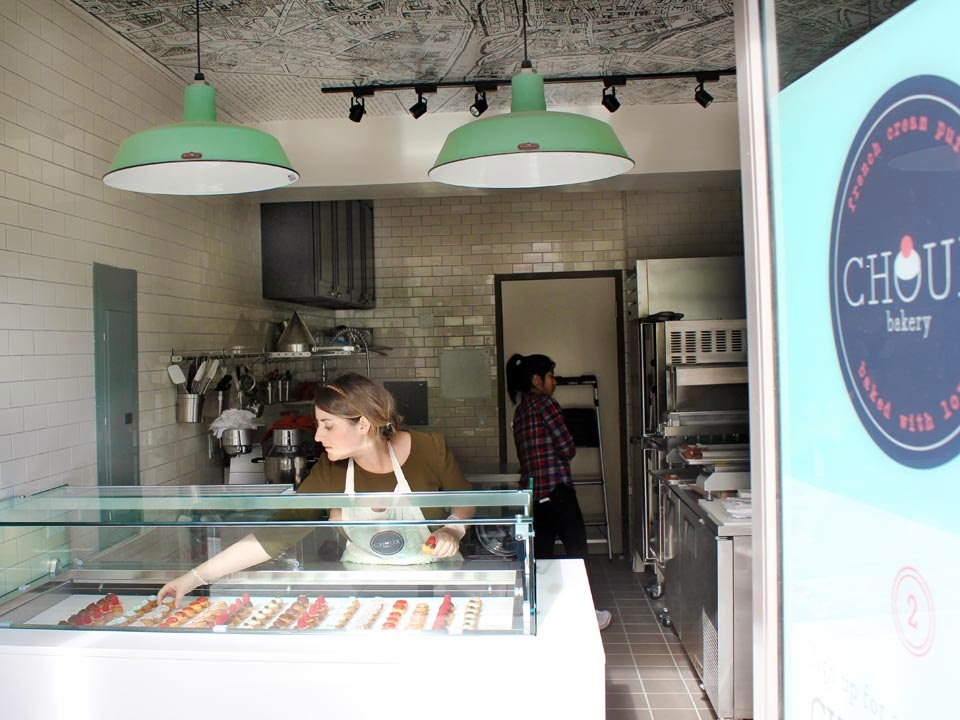 Choux is owned by chef/baker Laura Athuil (pictured above), who comes to San Francisco by way of Nice, France.
The idea for Choux was born while Laura was enrolled at a cooking school in Paris. One pastry class she took, focusing on the cream puff (or "le choux à la crème"), proved particularly inspiring.
Laura then went on a culinary tour of the United States, stopping in San Francisco. The city charmed her. Within a month, she had decided to pack up and move from Paris to San Francisco, where she would try turning her baking skills into a business.
She began looking for retail spaces near the Lower Haight, figuring that the central location would be convenient for fulfilling catering orders throughout the city. When 248 Fillmore became available late last year, Laura scooped it up.
The space now bears little resemblance to its previous incarnation as Fecal Face Dot Gallery. The walls are covered in white ceramic tiles, save for a small area toward the front window which features a floor-to-ceiling photograph of Laura baking with her mother. 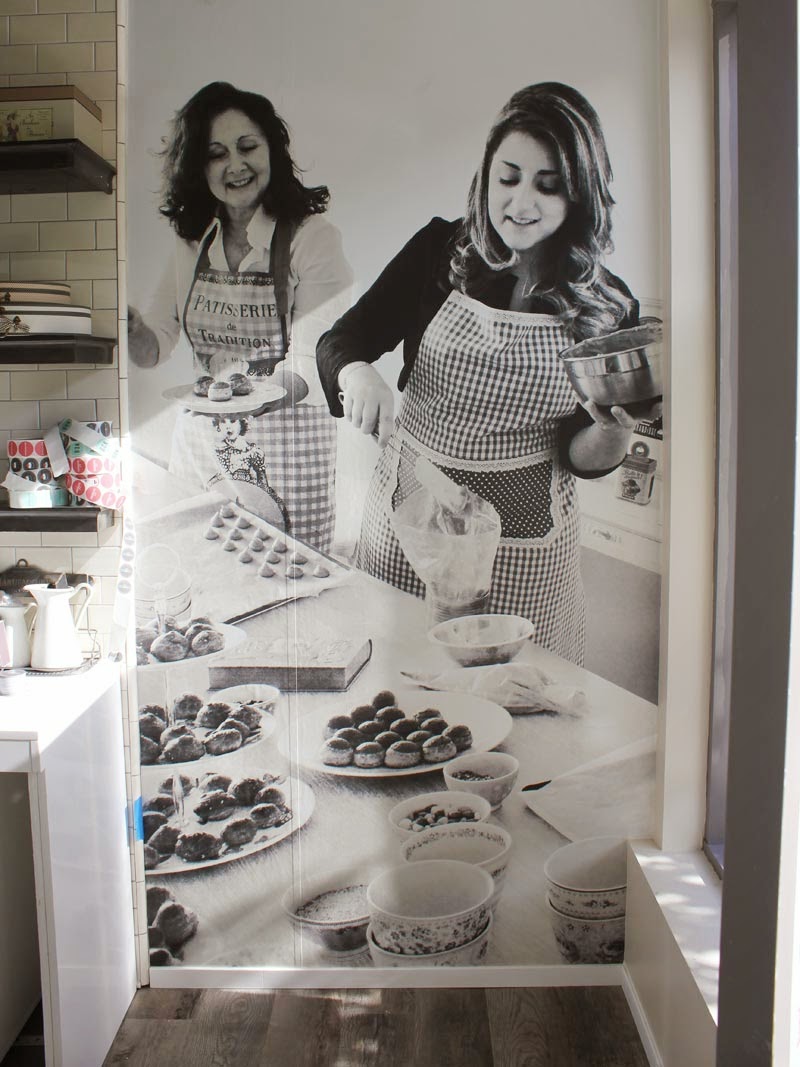 Laura found a vintage map of Paris and had it enlarged into wallpaper, which now adorns the ceiling. 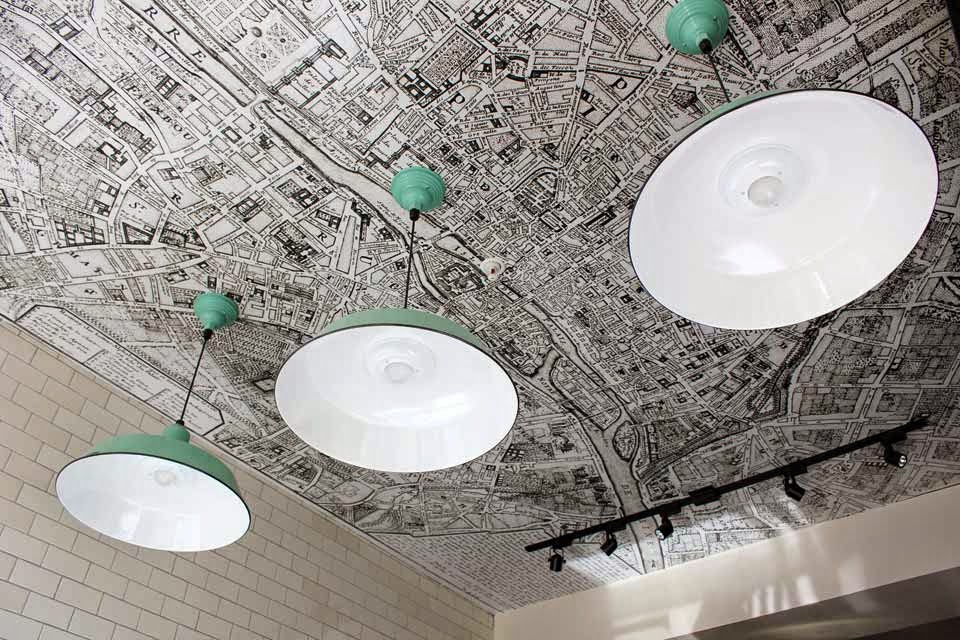 The Parisian touches don't stop there. The bulk of the equipment, supplies and ingredients at Choux are all imported from France.  While Laura is aware of the prevailing San Francisco foodie focus on locally-sourced ingredients, her recipes are fundamentally French, she says. Tweaking them to fit her new home would result in very different products.
Another item you won't find at Choux: single-cup, pour-over coffee. Laura is familiar with the likes of Blue Bottle and Sightglass, but she's bypassing those in favor of what she asserts is the prevailing choice in France: Nespresso.  Hot chocolate and tea will also be available to help customers wash down the sweet treats.
Now, about those sweet treats. 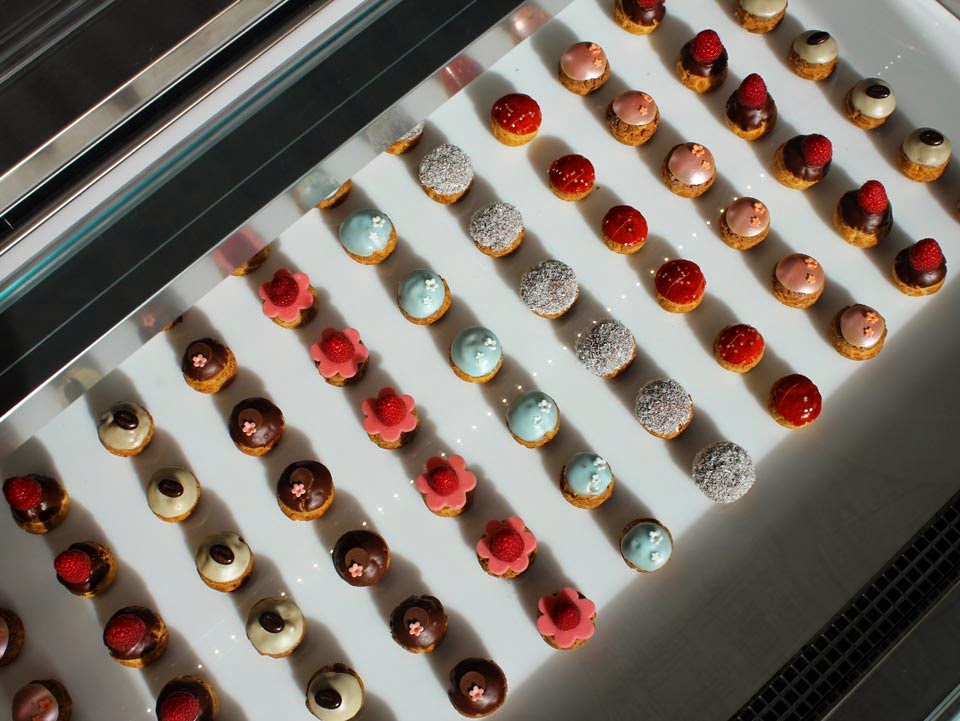 A menu of about a dozen different cream puff varieties will be available at all times at Choux, including coffee, chocolate and raspberry, passionfruit, rum, chocolate coconut, and salted caramel. Additional seasonal flavors will join the rotation every few weeks. 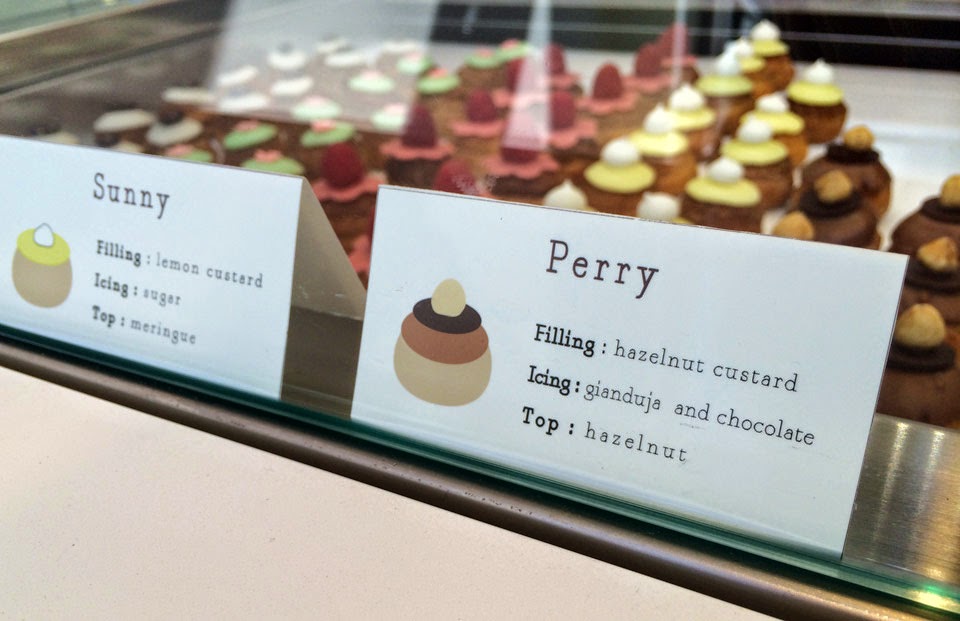 The cream puffs are named after friends and family members who supported Laura in making Choux a reality. Each puff get a meticulous visual treatment, resulting in tiny works of art. 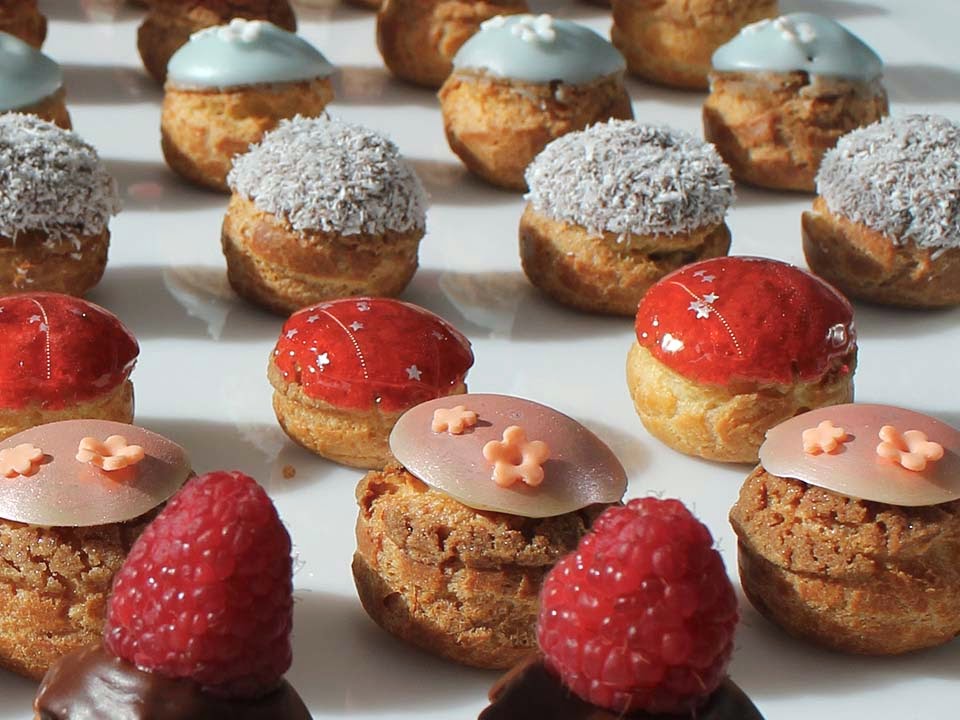 These lil' creamies will set you back $2.50-$2.75 each, though with the purchase of five puffs you'll get a sixth free. There's no seating at Choux, as Laura is betting that most customers will down their puffs in a bite or two or buy a box to go. She's also expecting that a bulk of her business will be catering gigs: she has already designed wedding cakes made out of cream puffs, and she can customize large orders of puffs to meet customers' needs and demands.
248 Fillmore is the last of the spaces affected by the 2011 fire which forced all four retail tenants and some 30-odd residents from the building. With Choux's opening this week, the final chapter of that story comes to a sweet and very photogenic end.
Choux is planning to open this Wednesday, though may open earlier pending final inspections. The shop's regular hours will be 10:30am to 7:30pm Sunday through Friday. It will be closed on Saturdays.
Neighborhoods
Lower Haight