Rising Star Laundromat Could Be Yours

Flickr / lynnfriedman
By Andrew Dudley - Published on September 11, 2014.
San FranciscoDuboce TriangleLower Haight
If you've ever wanted to own a laundromat -- or have some other venture you think might work in this space -- 439 Duboce is now up for grabs.
Yes, the Rising Star Laundromat near the street's busy N-Judah stop is up for sale, according to a post on Craigslist. The ad offers the space for a somewhat confusing $3,500 / month and $80,000 to buy the business, or $4,600 / month and $9,000 to get the current owner to vacate, if you'd rather do your own thing.
The building, which records show was built in 1890, has hosted a slew of different types of businesses over the decades.
In the early 1900s, it was the site of various pharmacies including De Turk's, which you can see in this tiny sliver of a photo from 1910. 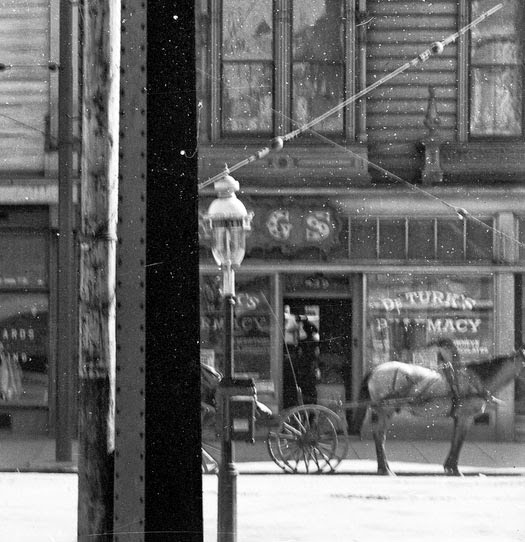 SFMTA Photo Archive | | © 2011 SFMTA
439 Duboce also hosted the Duboce Candy Shop, one of many confectionaries to call the address home, and various groceries over the years.  Laundromats didn't appear on the scene until the 1950s, and they seem to have occupied the space ever since.
Last year, the owner (or perhaps the current tenant) attempted to lure a pop-up to rent out a small space toward the front of the building, but that effort apparently proved unsuccessful. Now the whole shebang, along with its storied medicinal, candy-coated and well-laundered history, could be yours.
Any takers?
San FranciscoDuboce TriangleLower Haight
Jun 18, 2021