As A Track Revamp Gets Underway, A Look Into Kezar Stadium's Past

Photo: grahamc99/Flickr
By Camden Avery - Published on October 23, 2014.
San FranciscoCole ValleyInner SunsetUpper Haight
As you may have noticed, the track at Kezar Stadium is in the midst of a revamp that includes the replacement of the existing running track with a new rubberized surface, plus a new drinking fountain, new goal posts, a renovation of the long jump area and pole vault area and more.

via SF Rec & Park
In the midst of the changes, which began in late September and are scheduled to be completed in winter of this year or early spring 2015, we thought we'd take a quick jog down memory lane to take a look at Kezar's storied history.
You knew Kezar Stadium has been around for a while, and seen better days. You might even know it was the setting for the climactic chase scene in Dirty Harry—you know, the one where Clint Eastwood runs on foot to Kezar Stadium from Mount Davidson. But did you know that the stadium was also once the home of the San Francisco 49ers and, for a brief stint, the Raiders? Imagine what the parking must have been like.
Completed in 1925, the stadium replaced a leafy corner of Golden Gate Park and some stables, shown below (photos via San Francisco History Center, San Francisco Public Library): 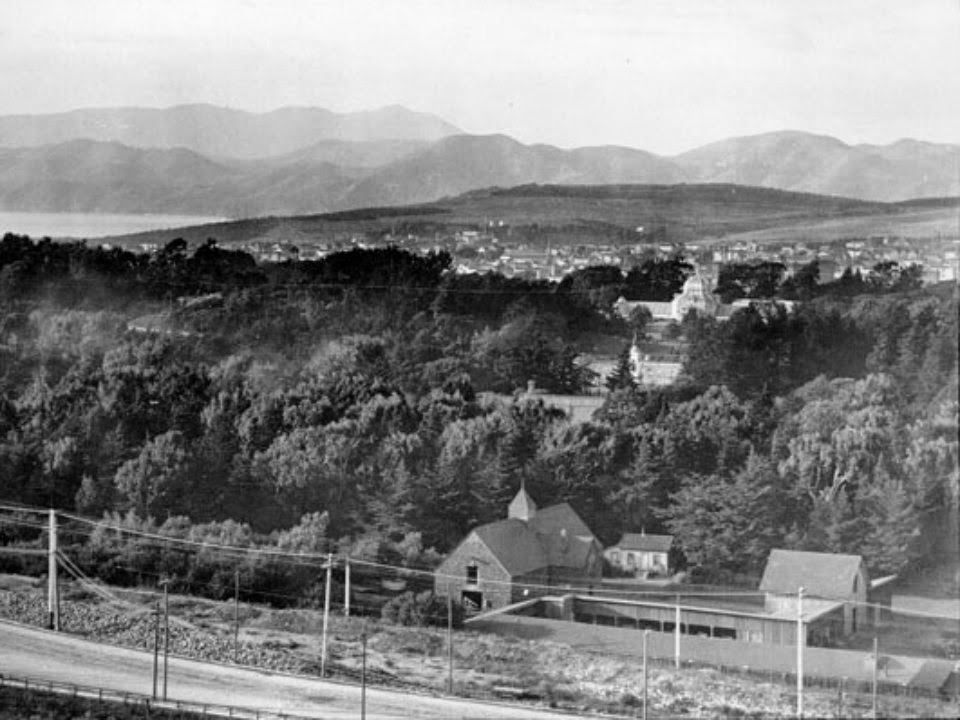 The stadium was built for a cool $300K, with seating for 60,000 people. In the spring of 1989, a mere six months before the Loma Prieta earthquake, it was renovated and re-sized to its current, more modest 10,000 person capacity.
Here's the stadium circa 1930, with full capacity: 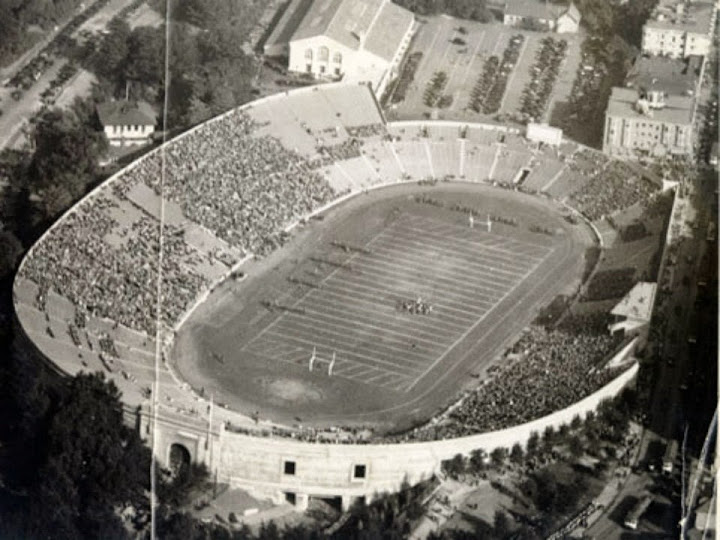 The stadium was home to the San Francisco 49ers, lately retired to the new $1.3 billion Levi's Stadium. The team played at Kezar from its establishment in 1946 until it moved to Candlestick Park in 1971. (As you know, 2014 marks the inaugural season at Levi's Stadium and the end of Candlestick Park.) Kezar was also, lo these many years ago, home to the Raiders for one season in 1960.
This is what the stadium looked like in 1960, the year the Raiders played out of it: 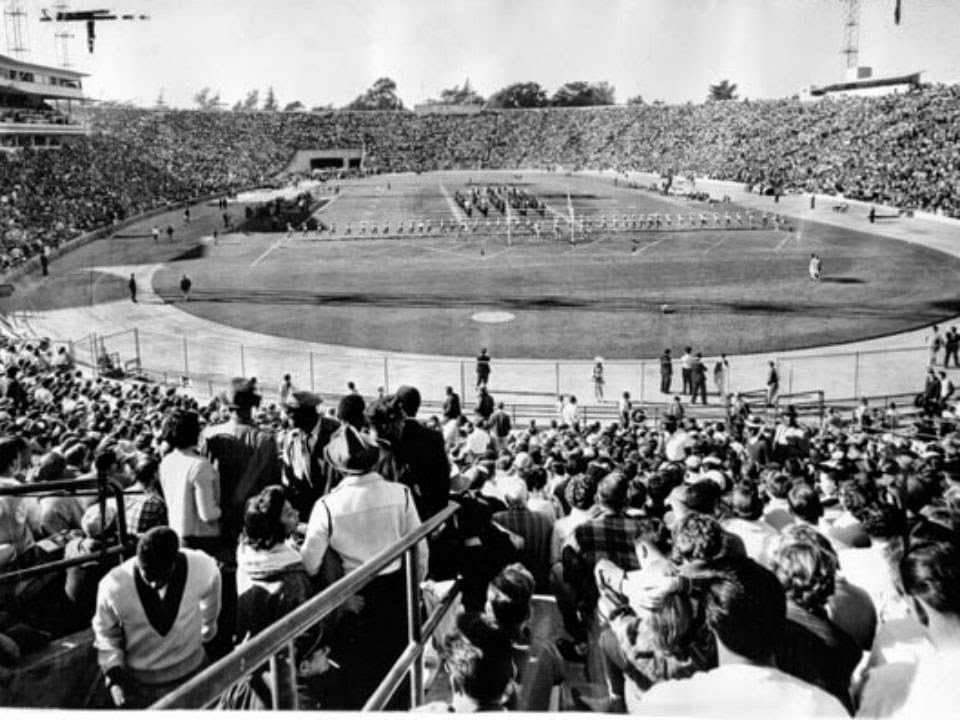 After the departure of AFL and NFL football and before it was dramatically scaled down in size, the stadium was a venue for concerts by the likes of Joan Baez, the Jefferson Airplane, Neil Young and Tower of Power.
Ever since its 1989 reduction to a neighborhood-scale sporting arena, Kezar has been quietly passing its days with joggers, high school sports games and the odd stroll around the track, awaiting whatever might be in its future. Though currently in the midst of the demolition phase of the Kezar track improvement project, with new updates on the way, that future looks bright.
San FranciscoCole ValleyInner SunsetUpper Haight
1 day ago