Apex Mural, 'Before I Die' Wall Debut At Proxy

Photos: Rose Garrett/Hoodline
By Rose Garrett - Published on October 20, 2014.
San FranciscoHayes Valley
It was a big week for street art at Proxy.
Last week, we let you know that a mural by local artist Apex was planned for the black wall set up at the southeast corner of Octavia and Hayes. Debuting this past Saturday morning, the mural was originally covered in tearaway posters featuring Apex's work, with the mural to be uncovered underneath.
Though we didn't get a chance to grab a poster over the weekend (did you?), we stopped by today to find the colorful piece brightening up an otherwise greyish day.
As previously noted, the temporary project is a collaboration between local artist Ricardo Richey (aka Apex) and Adobe as part of the company's “Random Acts of Creativity” series. A sign that accompanies the mural reads:

How many times have you gone for a walk and realized afterwards that you had no recollection of what you saw along the way? How great would it be if there was a creative moment on that walk that made you stop, take notice, and feel inspired? Maybe it would spark your imagination and compel you to create a similar experience for other people. Adobe's Random Acts of Creativey program was designed to do just that — spur spontaneous moments of creativity in everyday day. 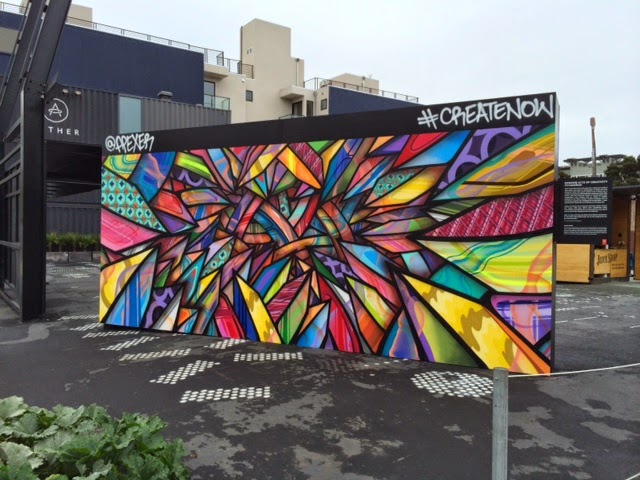 Walk a little bit further down Octavia, and you'll notice another new addition: a Bold Italic-sponsored installment in Candy Chang's global community art project Before I Die. Chang is set to be the keynote speaker at the Bold Italic's upcoming conference The Sum. 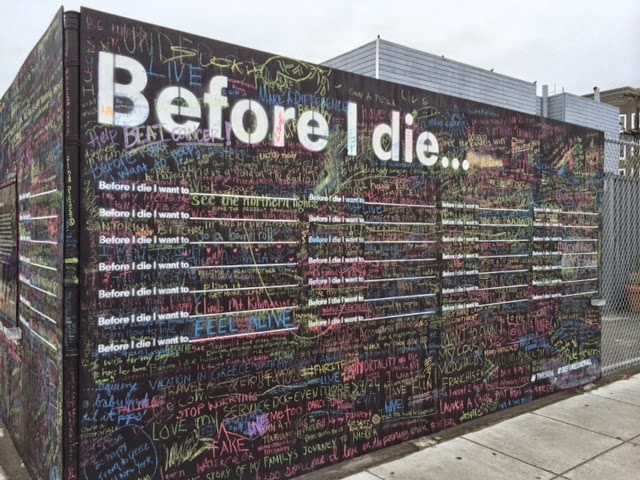 "The project is a chance for people to take a moment and share their reflections about their lives with the community around them," writes the Bold Italic.
As you can see, the chalkboard writing surface has gotten quite crowded with responses, which make for an interesting read. The Bold Italic has also announced that a virtual Before I Die wall will be released this week "for all the world to write on." 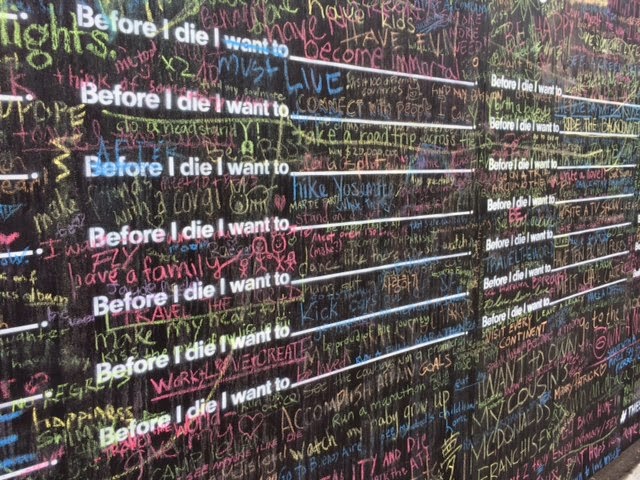 What do you think of the new additions, temporary though they are?
San FranciscoHayes Valley
Oct 22, 2021