Photo: Burma Bear
By Camden Avery - Published on October 01, 2014.
San FranciscoUpper Haight
It's a big week for gastronomy in the Upper Haight. Yesterday we brought you the happy news that Crêpe la Vie  is one of the newest vendors headed to Second Act Marketplace. Today, we're pleased to report that the second restaurant vacancy is being filled by Hubert Lim's Burma Bear, a California-style Burmese restaurant and barbecue joint.
Begun as a pop-up and catering affair, Burma Bear's move to Second Act is a big step for the enterprise. "This is my first brick-and-mortar store," Lim told us. "We've been doing pop-ups and festivals such as the 20th Street Block Party and Eat Real Festival for about a year now."
Menu offerings from Burma Bear will include tea leaf salad, Burmese tomato salad, baby back ribs, palata with curry dip and a host of other rotating options. "All of our produce is sourced locally from farmers markets and all of our meats are all natural and hormone-free," said Lim. 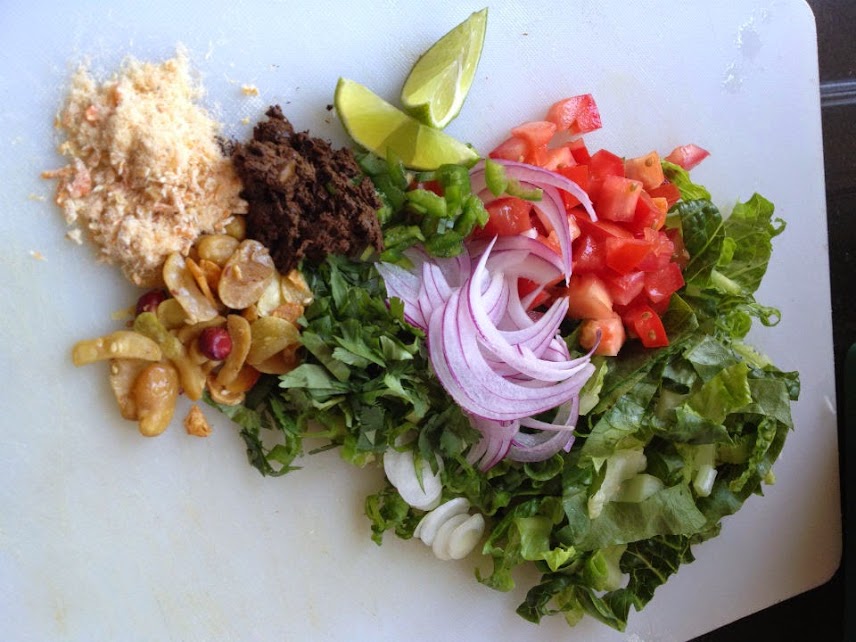 Here's a little more about the origins of Burma Bear:

"Born in Burma and raised in San Francisco, Hubert grew up noshing on his dad's tea leaf salads and homemade noodle soups. In college, Hubert taught himself the art of grilling, earning a reputation among friends and family for his delicious baby back ribs. One day, in a flash of transcendent clarity, Hubert realized that his childhood dishes paired perfectly with his grilled meats -- the cinnamon seasoning of his BBQ ribs complimenting the warm spices of biriyani rice; the tartness of his garlic-lime prawns highlighted by a fresh noodle salad; the garlicky goodness of grilled chicken made even more homey over a bed of yellow pea fried rice. And thus, Burma Bear was born."

When the opportunity to move into Second Act presented itself, Lim couldn't say no. "I'm a San Francisco native so I've always wanted to open up a restaurant in the city," he told us. "I'm excited that Burma Bear finally has a permanent location where we can serve up tea leaf salad and baby back ribs every day."
Stay tuned for Burma Bear to debut at Second Act with a mid-October soft launch and early November grand opening. You'll also be able to catch Burma Bear at the upcoming Treasure Island Music Festival later this month.
San FranciscoUpper Haight
About 11 hours ago