Gallery 683 To Close In December

Photo: Facebook / Gallery683
By Andrew Dudley - Published on October 06, 2014.
San FranciscoLower Haight
Gallery 683, the eclectic and long-running Lower Haight vintage shop and art gallery, will be closing in December.
The news was announced via the shop's Facebook page thusly:

"Hi Everyone - just a heads up that after 20 years at our current location, we will be closing by the end of this year....
"The economy has changed, our neighborhood has changed, and it is just not working out to stay any longer."

Gallery 683 was opened in 1995 by Harry Tsvi Strauch, who has been in business in the area for more than 50 years. In 1963, he opened a shop called B'tzalel at 1839 Divisadero (now a maternity shop) that sold items like jewelry, pottery and sandals. In June 1966, he opened In Gear at 1580 Haight, a shop specializing in mod clothing: 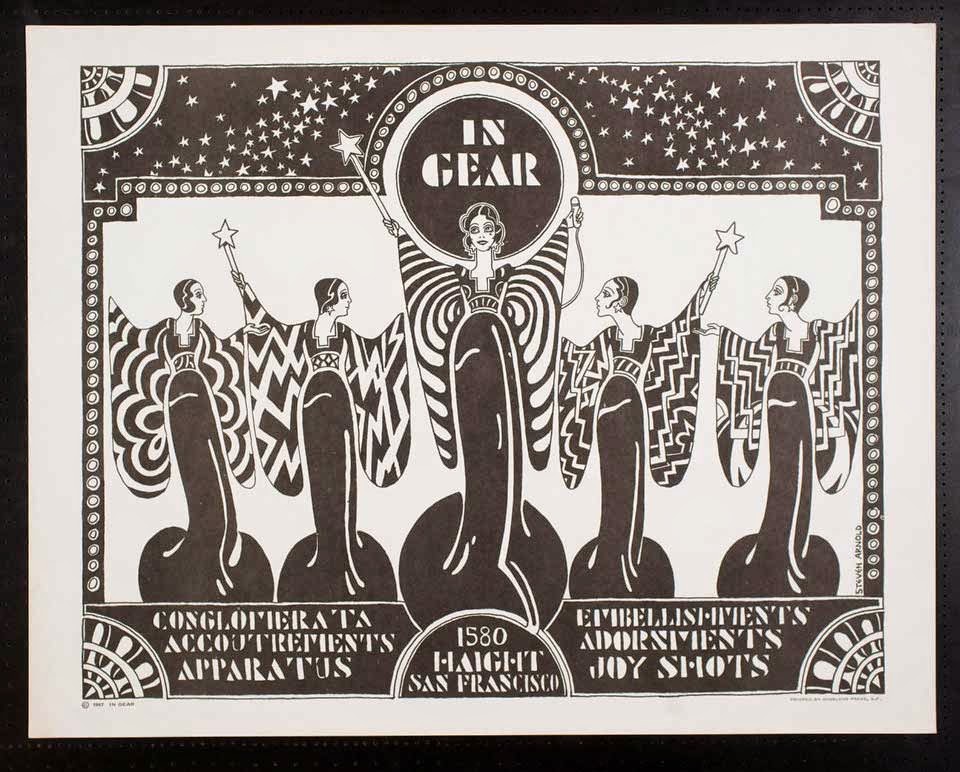 Oakland Museum of California
Strauch and his wife Hyla were active merchants in the Haight during the hippie era of the 1960s, and were friends with the likes of Janis Joplin and the Grateful Dead, who lived a mere two doors down from the couple. Concert posters and memorabilia from that period now pack Gallery 683, along with a mix of tribal art, jewelry, and other curiosities.
The shop has been operating with limited hours in recent weeks, and that will continue through the rest of the year. So, if you're interested in swinging by and/or making a purchase, you're encouraged to make an appointment by emailing gallery683 [at] gmail {{dot}} com, or leaving a voicemail at (415) 861-1311.
Gallery 683 promises sales and parties between now and the end of the year, after which the shop may continue in some form on eBay or Etsy, so stay tuned to its Facebook page for details on what's to come.
San FranciscoLower Haight
May 24, 2022