Photo via Urban Group Real Estate
By Rose Garrett - Published on November 03, 2014.
San FranciscoCivic CenterHayes ValleyMid-Market
Fell Street at Van Ness will soon be getting an infusion of energy from Mr. Tipple's Recording Studio, the new Maven bar and musical venue set to debut in mid-2015, but there's another big project headed to the area.
The new restaurant comes from noted Mexico City restaurateur Gabriela Cámara, whose acclaimed Contramar shook up the D.F. dining scene with its casual, beach-inspired seafood menu when it debuted 16 years ago. Since then, Cámara has opened multiple other restaurants, but none in the United States ... until now. 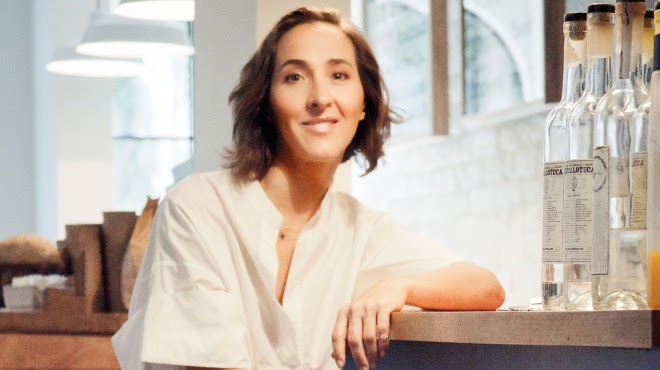 Photo: Alejandra Carbajal/TimeOut México)
Though Cámara told us that it's still early in the process and the concept has yet to be finalized, she has secured a spot at 149 Fell St. (between Van Ness and Franklin) for her newest venture.
The menu is still being worked out,  but like her flagship Contramar, fresh and sustainably-sourced seafood will likely be the focus. "I'm always concerned with provenance of fish," Cámara told us, saying that if she does focus on fish, she wants it "done right."
As with all her restaurants, Cámara says she's aiming to open a place where she herself would enjoy visiting. Though a name is yet to be set in stone, the restaurant could be called "Diana La Cazadora" (aka "Diana the Huntress," and also a fountain in Mexico City).
We'll let you know more as Cámara and her team get closer to their opening date, which could be as early as spring 2015.
San FranciscoCivic CenterHayes ValleyMid-Market
About 2 hours ago