Photos: Walter Thompson / Hoodline
By Walter Thompson - Published on November 23, 2014.
San Francisco
Since 1980, Le Video has provided film fans in the Inner Sunset and beyond with a well-curated selection that simply can't be found elsewhere.
Standing firm against the likes of Blockbuster and Netflix, the store has built a reputation as a cinematheque, an archive of independent and foreign cinema boasting as many as 100,000 titles. In its heyday, the checkout line would snake out the front door and down Ninth Avenue on typical Friday nights.
By 2014 however, Le Video was on life support. According to manager John Taylor, founder Catherine Tchen was keeping the store afloat using her own money to make payroll, pay taxes and expand the library.
“When I started here in 1999, there were 24 or 25 employees,” said Taylor. “There's eight total now.”
On March 27, Le Video launched an Indiegogo campaign to raise $35,000 for renovating the store, moving the DVD collection upstairs and making room for a new ground-floor tenant, among other goals. In April, before the campaign concluded, Le Video announced a new retail partner: Green Apple Books, an independent bookstore in the Richmond established in 1967. Thanks to media exposure and a strong show of support from the community and its customers, Le Video raised $60,420. 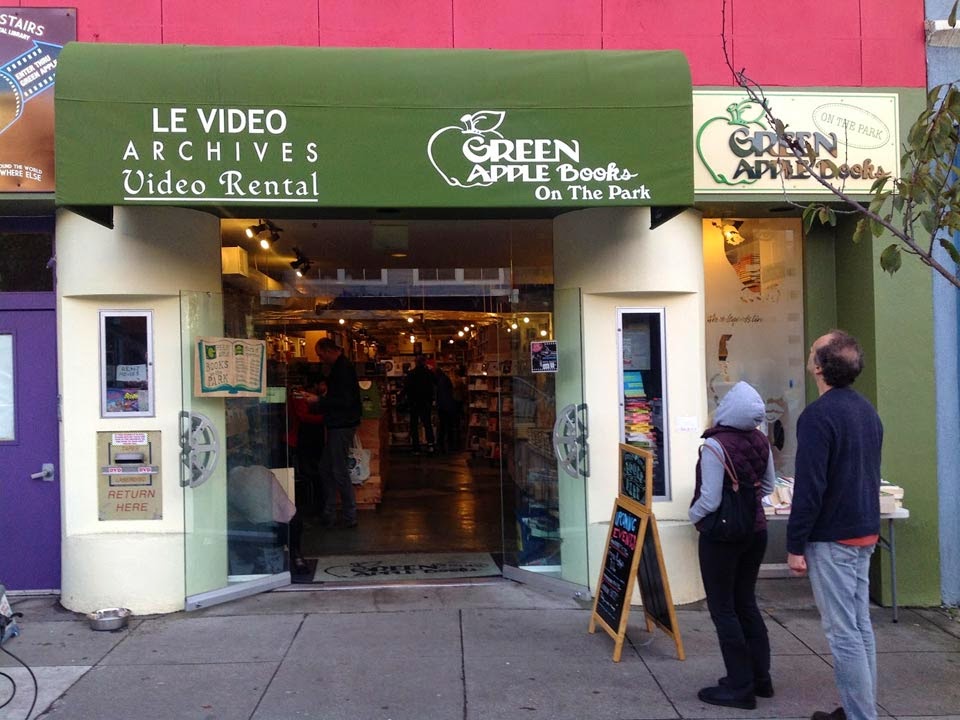 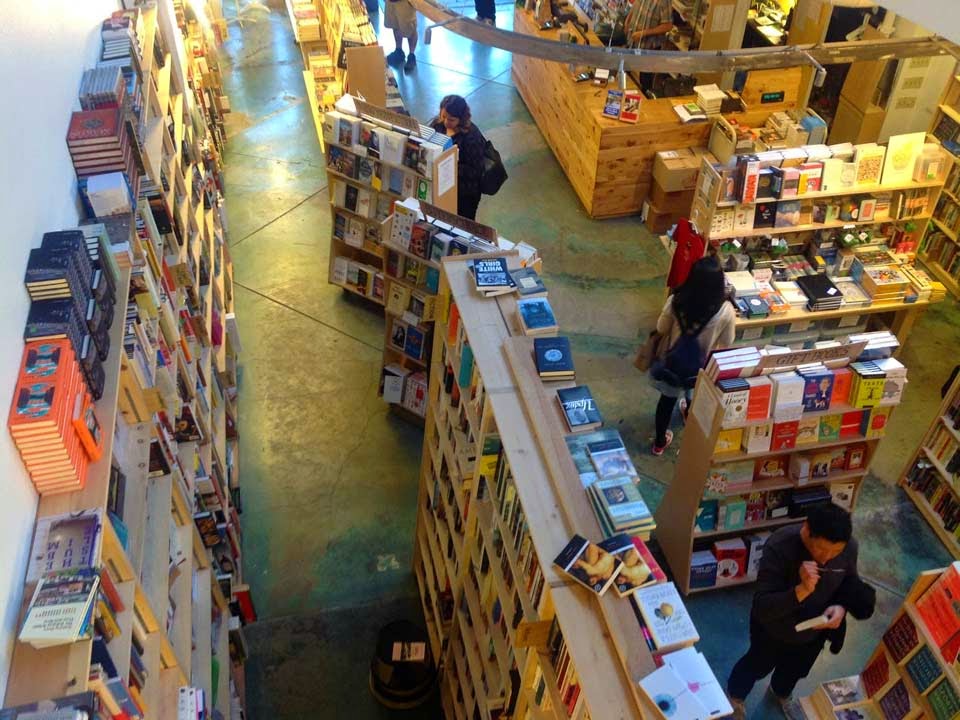 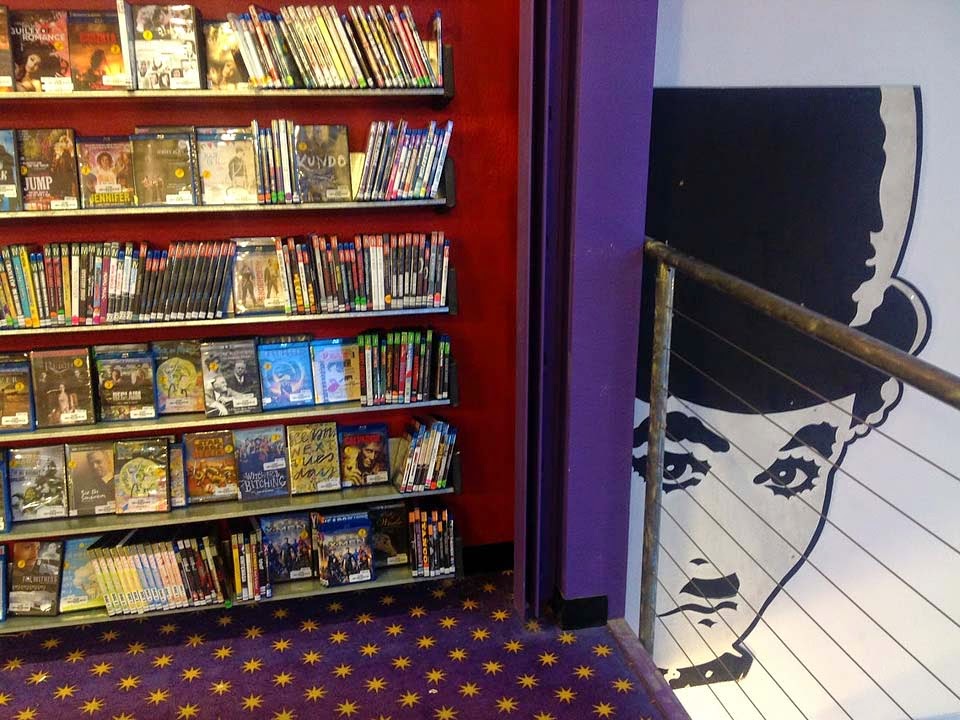 After the campaign wrapped, the store reopened at the beginning of August. “It took longer than we expected,” said Taylor. “Supplies didn’t come through, the DVD sleeves didn’t show up, there were issues with the shelving, different contractors quitting the job, little things like that.”
According to Taylor, these logistical problems may have turned off loyal customers.
“When we opened, it was looking a little rough in here. People would come upstairs, and say, ‘what happened? Where did everything go?’ I think we lost a lot of people by opening too early, but at the same time, being closed a month was too long, and we couldn’t wait any longer.”
Today, posters and memorabilia adorn the walls and Le Video’s selection is neatly sorted and labeled for easy browsing. When we visited on a Tuesday evening after work, there were a few customers inside looking over the selection. But apparently demand hasn't met Le Video's predictions.
“Unfortunately, things aren’t working out the way we expected,” said Taylor. “We hoped that when we reopened, we could stay at the level we were at before and with slightly lower overhead… but that’s not the way it’s been working so far.”
Taylor said business is down 30% from where it was prior to Le Video’s move upstairs.
“We gave free rentals to people as perks for donating, but a lot of those people have never come in to rent anything since donating. It’s really helpful that they donated, but it’d be even more helpful if they just came in.”
Other goals in the crowdfunding campaign (e.g., creating an online database for their archive, customer seating, new computers for in-store browsing) have yet to be realized.
Based on the popularity of independent film and area festivals, Taylor said he sees a demand for the service Le Video provides.
“I went to The Roxie this weekend, and they played French film noir movies, and they were sold out… including 1pm matinees. But I didn’t recognize any of those people as being customers here. My guess for those people is that they get what they want on a daily basis from Netflix or Amazon or somewhere, but they reserve their more cultured film experience for going to the theater.” 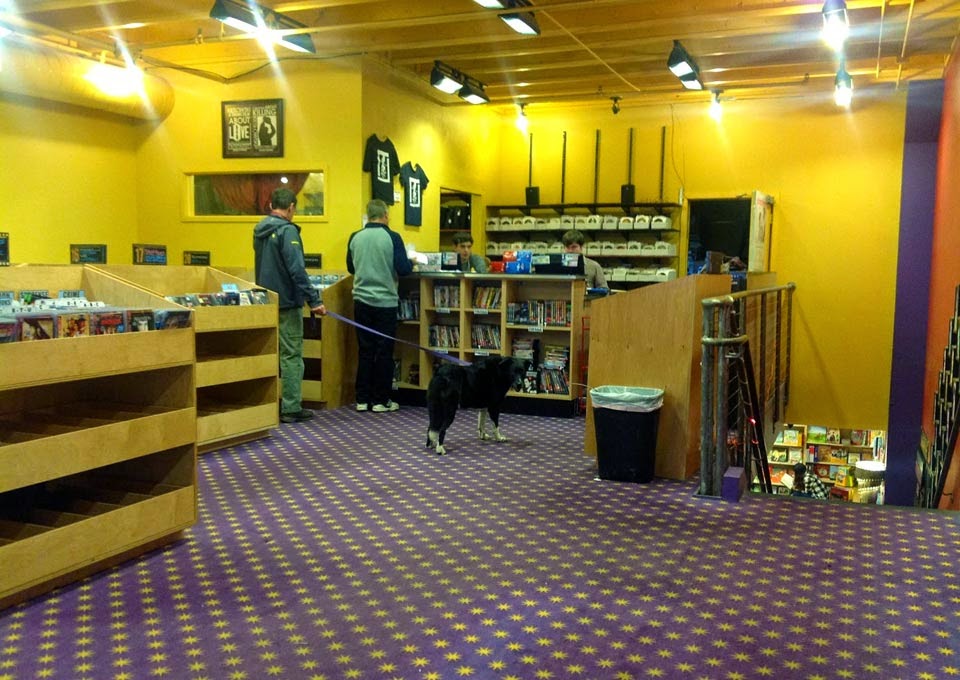 A handful of video-only stores remain in the city. Some, like Top World Video in the Inner Sunset and Cole Valley’s Video Nook, have diversified to offer services like smartphone repair and accessories, mailbox rentals and home theater installation. Others, like The Mission’s Lost Weekend Video and Video Wave of Noe Valley, have stuck with their core business.
Gwen Sanderson and Colin Hutton have owned Video Wave for 10 years, but the shop first opened in 1983. Sanderson said a number of factors have combined to erode their business, including the 2008 economic downturn, gentrification, a historic drought that encourages outdoor activity, and televised events like Giants postseason runs and World Cup soccer games. Video Wave is down to one part-time staffer, and Sanderson and Hutton work in the store six days each week. “We’re barely hanging in,” said Sanderson.
Separately, Sanderson, Hutton and Taylor said stores like Le Video and Video Wave provide a higher level of service and expertise than Netflix, iTunes or Amazon, but video stores need to adapt to the way consumers now browse and consume content.
“We’re really just the preservers of a 30-year investment in the neighborhood and our movie collection, more than profitable business people,” said Sanderson. She wants to create a central database for independent video stores that lets consumers see what’s on the shelves at their local stores in real time.
“People want to have us here, but they want to be able to use the devices they’re using all the time to access this stuff,” she said.
“This is very much a neighborhood business,” said Hutton. “When we were talking to the owner who was selling, there was someone in here with their baby saying, ‘I was in here when I was a kid, and I’m still living in the neighborhood, and now, I get to bring my kids here.’”
Hutton said age is a contributing factor; customers over 40 enjoy visiting stores to browse and create a rapport with employees so they can get personal recommendations. “People who haven’t been exposed to anything but the Blockbuster model didn’t have a good time, so they’re not losing out on anything by just browsing on iTunes,” according to Hutton. 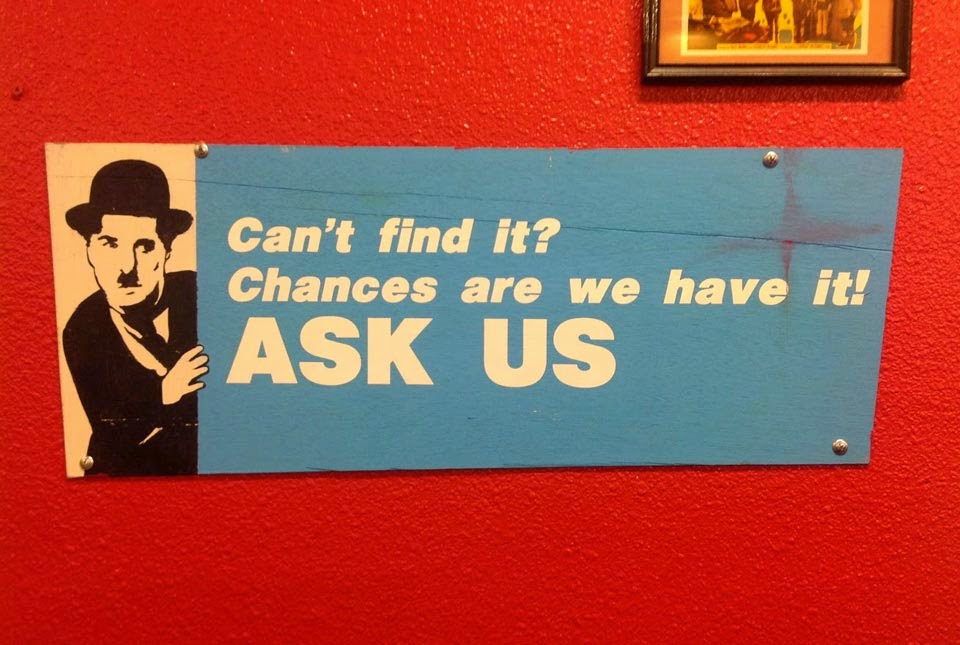 Hoodline spoke to one video store owner who said that home video rental isn’t economically viable because of a broader trend.
"Anyone's ability to manage a small business is being obliterated by digital industries."
The owner, who asked to remain anonymous, cited Amazon same-day delivery as one of several examples where consumers are choosing convenience over supporting local businesses.
"People aren't willing to leave the house to buy toilet paper. They'd rather get it brought to them on a little truck. It's not sustainable; there aren't going to be enough average jobs."
According to this owner, renting videos near enclaves of senior populations like Scottsdale, AZ and Boca Raton, FL is still a viable business, however.
.
On its Facebook page, Le Video posts regular updates to make sure customers know the shop continues to add new titles. Taylor estimated that if half of Le Video's active customers visited the store once each month, the store could continue to operate.
“If we could somehow drone over the DVDs to people, I bet we would do gangbusters,” said Taylor.
Le Video is located at 1231 Ninth Ave., between Lincoln and Irving. The store is open 7 days a week. Video Wave of Noe Valley is at 1431A Castro, between Jersey and 25th. It's closed on Wednesdays.
And for more stories about local businesses like Le Video, stay tuned for Hoodline's upcoming expansion to the Inner Sunset. Sign up for an account today to get notified when our daily coverage launches.
San Francisco
May 24, 2022