Hoodline/Walter Thompson
By Walter Thompson - Published on December 10, 2014.
San FranciscoInner Sunset
Irving Variety was a long-running Inner Sunset fixture, holding a potluck party when it ended its 53-year run in September 2013, after the owners decided to retire. The store was well-known for its personalized service and quirky inventory, offering everything from kitchen supplies to while-you-wait key cutting. As a 2010 Yelp review asked, “where else in this hood am I gonna buy a four pack of semi-working plastic harmonicas, and four tacky sport themed whistles?”
Now, after standing vacant for over a year, it looks like not one but two new businesses will be moving into the space. 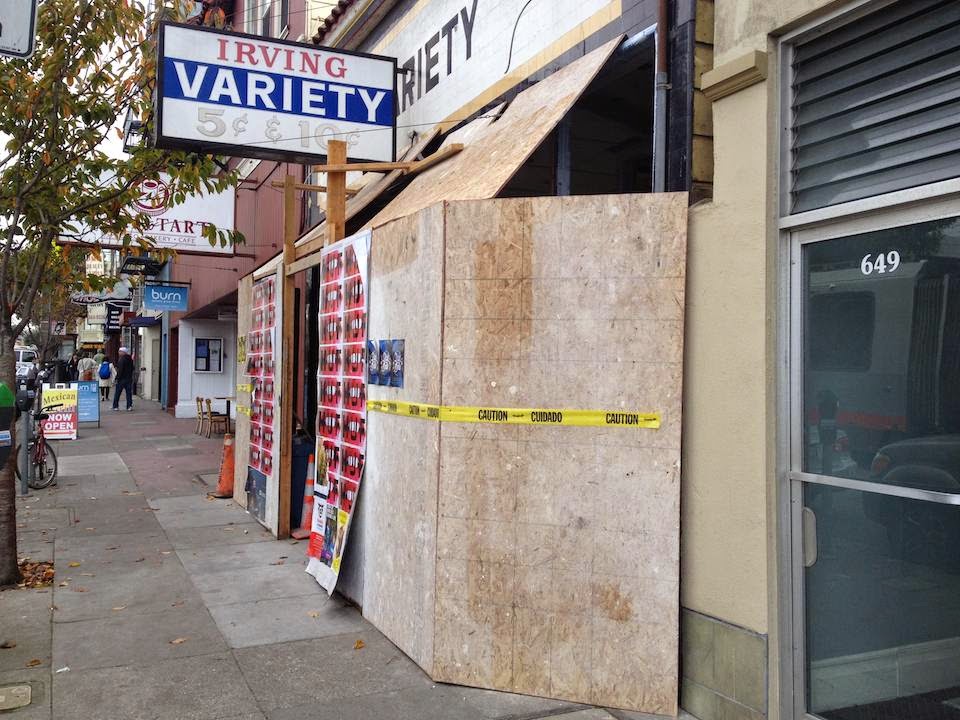 According to permits filed with the Department of Building Inspection, the space is now being divided into two units with separate entrances. A recent visit showed that the drop ceiling has been torn out, revealing two skylights and creating several additional feet of vertical space.
In addition to the facade and interior renovations, permits have also been issued for new ADA-compliant bathrooms, a new commercial kitchen, roof exhaust fans and a rear storage area. Permits list the building's lessee as Raymond Yang, TKU Construction Co. of Daly City as contractor, and Gabriel Ng Architects, Inc., a firm that preserved the historical facade of an auto-body shop for a 9-unit mixed complex on Clement St. in the Richmond. 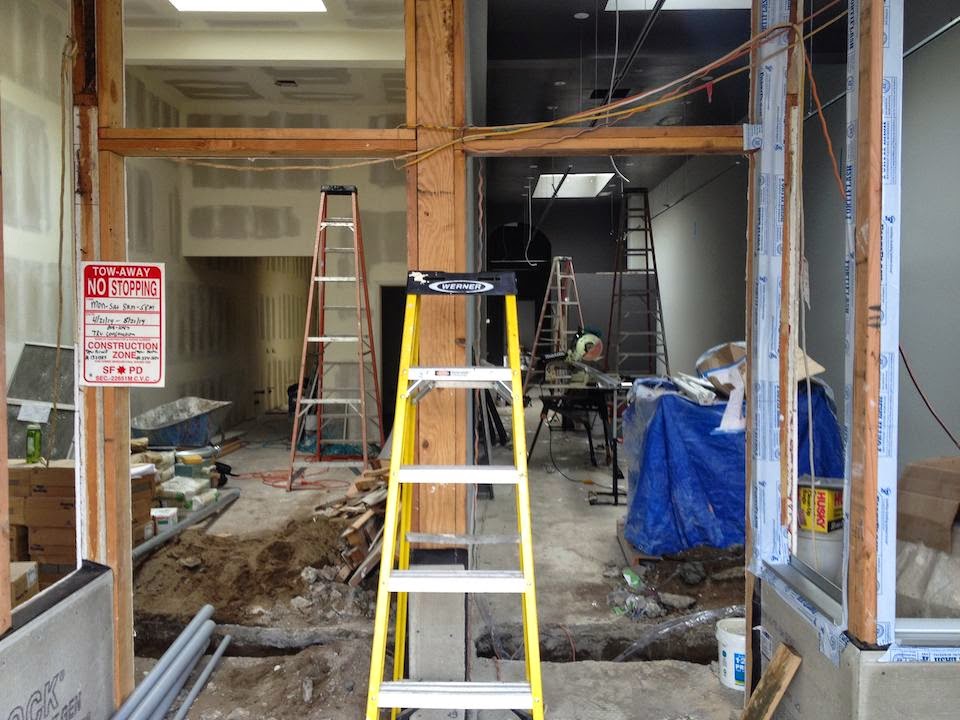 After construction is completed, San Francisco Women Artists will move into one side and a bubble tea lounge will take the other, said SFWA president Pam Borrelli. A non-profit group that provides gallery space for local artists and organizations, SFWA is moving to the Inner Sunset from its current location at 3489 Sacramento St.
"The visibility and foot traffic were not beneficial," said Borrelli of the old location. "We wanted to grow our membership into a larger space so we could include more workshops and do more art." If work proceeds according to to plan, SFWA will move in at the beginning of next month. "We originally planned to move in October, but there've been some delays."

Borrelli said the organization will use its new 1,300 square feet for gallery exhibitions, music and other events to engage with locals. "We’ve gotten such a warm welcome from the community," she said. "People come by and say, it’s not going to be another restaurant, is it? They’re really surprised!"

Borrelli plans to open the new space with a member event in late January and a larger opening in March. "This location met all of my needs: a much larger space in a vibrant commercial neighborhood."
As for the bubble tea side of things, we don't have many details yet, but we'll keep you posted on the progress of both ventures.
San FranciscoInner Sunset
About 5 hours ago