by Stephen Jackson @talktojackson website
December 17, 2014
Step into Amazing Fantasy at 650 Irving St., and you'll find a quintessential neighborhood comic book shop. The store has sold comics to generations of San Franciscans, it’s well-stocked with a variety of titles, and everyone there seems to know one another.
We stopped by the other day to chat with owner Frank McGinn and to learn more about this Irving Street veteran. 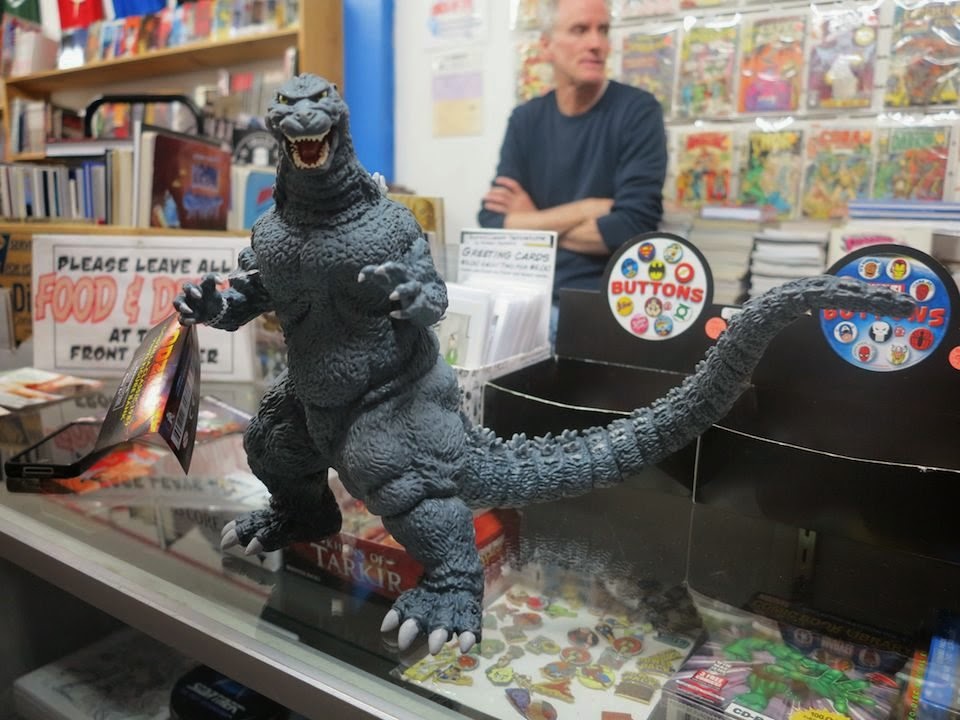 McGinn moved to San Francisco from Denver with his parents in 1978, already hooked on comic books. His lifelong addiction began in 1970 when he first saw Silver Surfer #18 on the rack. He was captivated immediately by the artwork, and the rest was history.
“Then you discover Spiderman, and you’re stuck for the rest of your life,” said McGinn. “I’ve been buying comics like crazy ever since.”
A comic shop since 1978, the location was part of the Comics and Comix chain for several years. McGinn started as an employee in the mid-1980s, but in the years he worked there, the store changed hands several times.
In 2000, McGinn took over the location and put his own stamp on the store. He stocked the shelves with new inventory, installed new fixtures and renamed the shop “Amazing Fantasy,” an homage to Amazing Fantasy #15, the comic in which Spiderman appears for the first time. 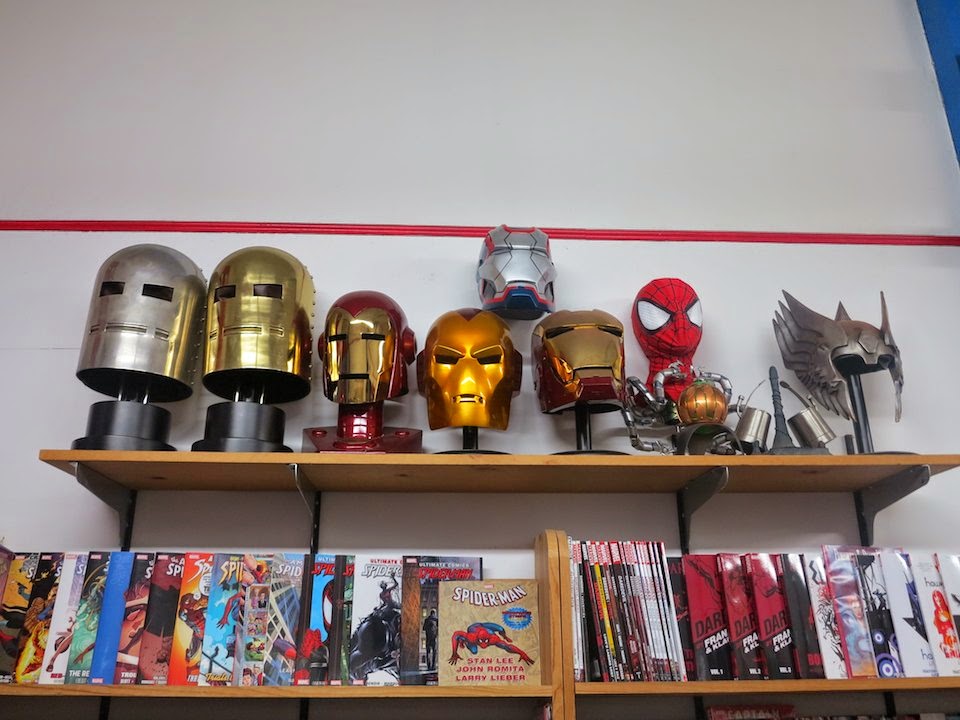 Today, McGinn operates the store with several other employees. At any given time, they stock thousands of different titles and estimate they have more than 1,000 graphic novels on hand.
According to McGinn, his is one of the few stores in San Francisco that still orders back issues for customers. Along an upper set of shelves, several versions of Iron Man's mask are prominently displayed with other memorabilia . Many of these items can be ordered, but McGinn said they can get a bit pricey.
The shop has been in operation for decades, and McGinn said doesn’t plan on going anywhere. “We’re going to be here as long as people keep buying stuff," he said. "For this neighborhood, we are now one of the oldest-continually running businesses, excluding restaurants,”
Which aspect of Amazing Fantasy is he proudest of? “Honestly, the customers.” said McGinn. “They’ve literally kept it open. Nearly every neighborhood you go to, they’ve got a comic book store. So when people pick your store, it feels pretty good.”
Amazing Fantasy is located at 650 Irving Street and is open seven days a week.
Neighborhoods
Inner Sunset