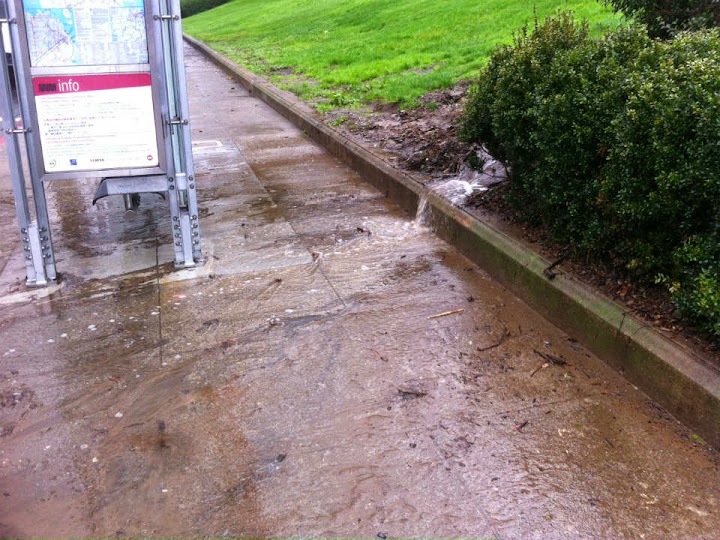 Around 11am today,  PG&E trucks could be seen rolling through the neighborhood patrolling power lines, and DPW crews were busy clearing gutters and sewer drains along Haight Street between Buena Vista Park and the corner of Masonic, where Haight is most affected by the runoff from the large uphill acreage to the south.
Runoff from Buena Vista Park, which was largely mulch and redwood debris with a heavy dose of native San Francisco sand dune, accumulated at the Lyon Street entrance this morning and partially buried some cars. 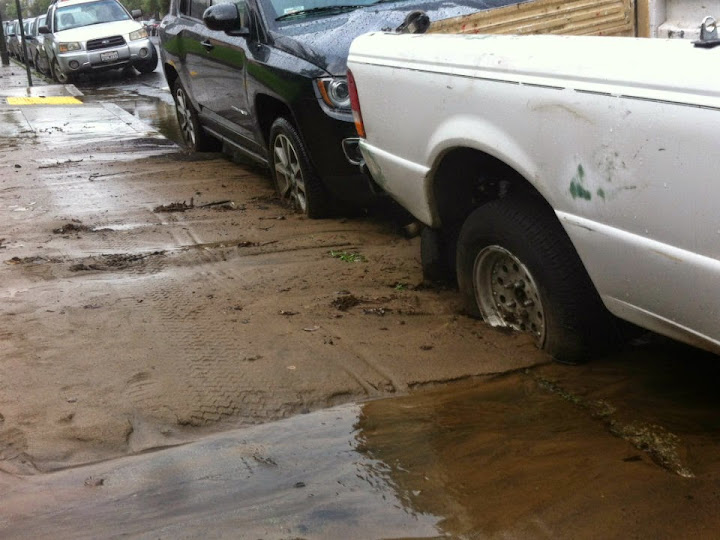 Further downhill, at Clayton and Page, damage was worse for at least one compact car parked on the corner, which had water up over the chassis and the bottom of the doors. If you're parked near a gutter, this should serve as a reminder to check on your car.
Passersby noted the watery chaos on Twitter:

Anyone wants to go kayaking on #haight #sf? pic.twitter.com/L7DyfdWYzT

By 11am, flooding had subsided at the Masonic and Central intersections of Haight but was still knee-deep at the Haight/Baker/Buena Vista East intersection, where crews were raking out the gutter under a broken blue sky. The rain is expected to continue today and into tomorrow, with some clearing predicted for the tail-end of the week and weekend.
Do you have pictures or anecdotes of more precipitation-related chaos in the neighborhood? Let us know in the comments.
San FranciscoUpper Haight
Jun 24, 2022