Photos: Andrew Dudley / Hoodline
By Andrew Dudley - Published on December 22, 2014.
San Francisco
In recent weeks, several Hoodline commenters have expressed frustration with the rampant double parking that occurs near churches around San Francisco.
On some stretches in the Mission, like Dolores near Dolores Park and Guerrero between 18th and 19th (pictured below), parked cars occupy entire lanes of traffic during Sunday services. 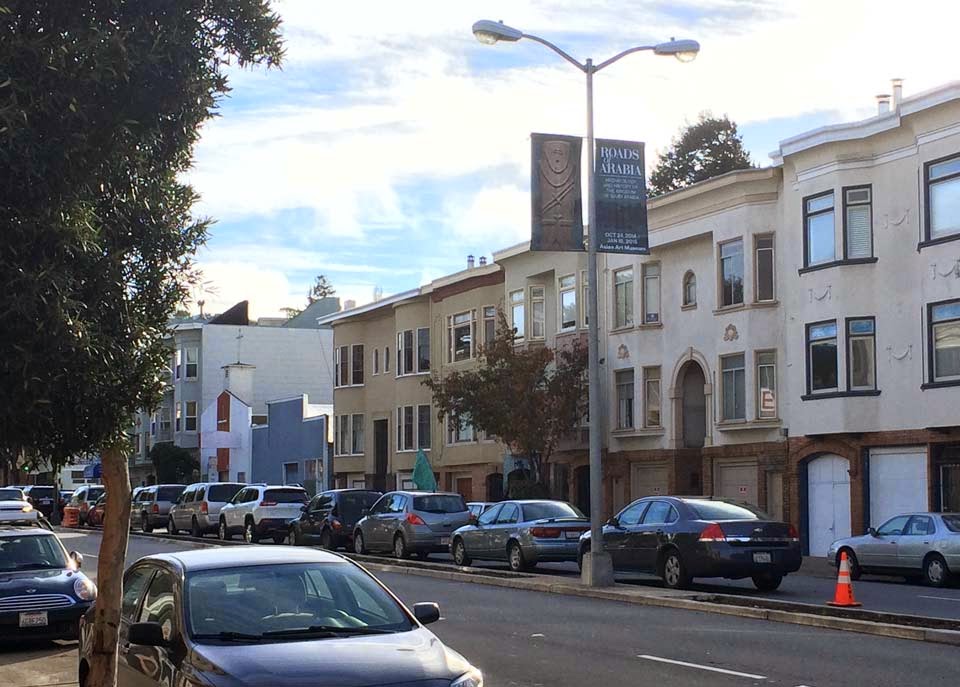 Closer to home, sites like Page Street between Pierce and Steiner (pictured at top) are frequently clogged with cars during both Sunday and mid-week services, as well as special events like funerals. The double parking creates an especially dangerous hazard for bicyclists on Page Street, as cars parked in front of the Second Union Baptist Church block an eastbound bike lane.
No doubt that parking in San Francisco is a perpetual challenge, and the double parking tactic allows long-time congregations that may no longer live in this part of the city to continue worshipping at their churches of choice.
But is the practice legal?
"There is no permit that allows double parking and the City does not have an official double parking policy for churches," the SFMTA's division of Transportation Engineering told us.
"Some churches in the City do not have available parking for their worshippers. Traffic on a Sunday morning does not parallel Monday through Friday traffic. If we receive complaints of double parking on a Sunday and find that a hazard exists we will issue citations."
So no, it's not legal. But in deference to the churches and in an absence of complaints from residents, the City allows the practice to continue.
Page Street's Second Union Baptist Church was organized on Christmas Day 1947, though it was originally located at 1048 McAllister. It moved to Golden Gate Avenue a few years later, and finally relocated to its current Page Street home in 1968. When we called the church to ask about the double parking issue, a man who identified himself as a reverend answered. He declined to give his full name or comment on the situation, saying he wanted to learn more about any complaints being made to the City first.
While the double parking issue is not new, it seems to be getting increased attention in recent weeks. Earlier this month, Mayor Ed Lee and the heads of the SFPD and SFMTA held a press event to announce a crackdown on both "box blocking" (when cars remain in intersections or crosswalks after the light turns red), and double parking. Meanwhile, the SF Bike Coalition launched a campaign last week asking people to tweet any egregious double-parking violations they observe with the hashtag #ParkingDirtySF, and report those violations to the SFPD and SFMTA.
As usual, we turn to you, readers. Should churches perhaps be encouraging their congregations to take public transit or park in nearby lots instead? Or should residents and bicyclists tolerate the inconvenience (and safety hazard) out of respect for enduring local institutions? Let us know what you think in the comments.
San Francisco
Feb 03, 2023