After 24 Years, Zonal Will Close Its Doors This Month

When Russell Pritchard opened Zonal Home Interiors in 1990, the neighborhood now known as Hayes Valley was not the neighborhood we know today. "When I opened here, especially the 500-block, it was really a no-man's land," he said. "We were just sandwiched between the old freeway and some of the worst projects in the city."

This month, Russell will be closing up the shop at 568 Hayes St. for good, but he has no intention of abandoning the area that he's championed for nearly a quarter-century. "To look at what it is now is very satisfying and rewarding because I was a part of that, and I will continue to be a part of this neighborhood, hopefully as long as I live."

Russell is one of the best-known figures in Hayes Valley: co-founder of the Merchants Association, board member of The Hayes Valley Neighborhood Association, and co-founder (with Madeline Behrens-Brigham) of the Hayes Valley Art Coalition, he's a driving force behind what happens in the neighborhood. You may not know it, but he's even the unofficial Hayes Valley hardware store, and keeps a selection of supplies in his desk drawers for anyone who might need a hammer or screwdriver.

Now, it's finally time to move on. "I've been here for 24 years ... It's time for someone else to be the hardware store." 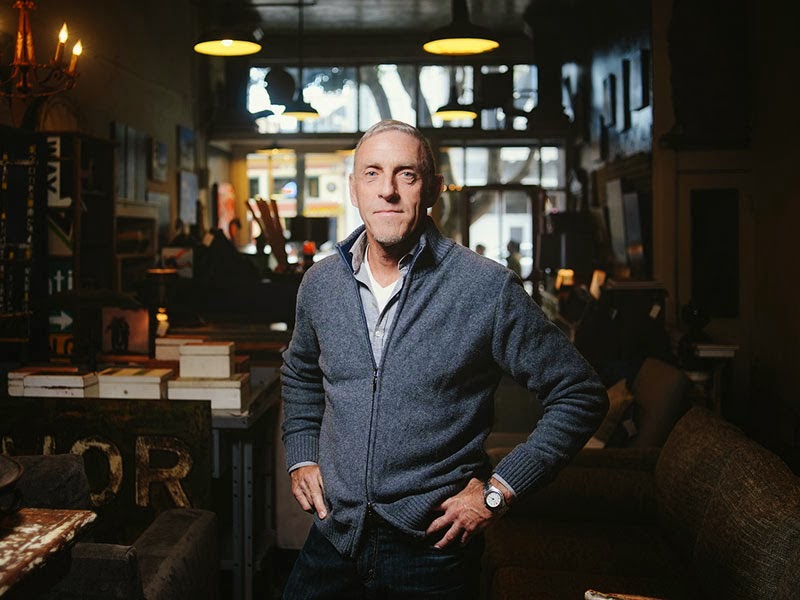 Starting now, Russell is liquidating his inventory, and will officially close the store on January 25th. By January 24th, he hopes to have emptied the store, and says that now is the time to stop by if you want a great deal on anything in the shop.

Though his plans for after Zonal's closure include some travel and international volunteer work, Russell hopes to stay in the neighborhood. "My goal is to first and foremost stay in the city," he said. "I was actually considering moving to Florida, but that's just ... crazy. I want to stay here."

Russell said he's crossing his fingers so that he wins the lottery and can live in the senior housing being built at new development 55 Laguna. "It's senior-income based, so that would fulfill the need for affordable housing for me."

He also plans to get more involved with developing programs for some of the underserved youth in the neighborhood. Working with Ella Hill Hutch Community Center and the African American Arts & Culture Center, Russell hopes to set up a mentoring program that connects merchants and young people in the neighborhood. "I will very happily work on organizing that and being the point person for the merchants," he said. "This is still very much my community."

In April of 2013, we reported that Russell, anticipating a big rent increase, had put Zonal on the market. It's taken a while, but Russell says that the new tenant, which he cannot disclose, is a great fit for the neighborhood.

"I've gone through almost like a grieving process, because it's been kind of my identity for 24 years. I'm 'Russell from Zonal'. How do I shed that identity?"

But, he said, he's ready to move forward. "I am so excited about my next chapter."