After 64 years, Kirkham Heights Apartments in the Inner Sunset is preparing for a makeover that could increase its housing stock by a multiple of five without, developers say, significantly expanding its existing footprint. If approved, the new complex will be the densest housing development between Twin Peaks and Parkmerced, but owner Westlake Urban says its plan will create affordable, accessible housing in a new setting that improves quality of life for residents and neighbors.

Built in 1950 and situated on 6.35 acres at the end of 5th Avenue, Kirkham Heights is now comprised of 86 rent-controlled units. Current tenants will have the option of keeping their apartments after construction is completed on the new market-rate units and for-sale housing that will bring the total up to 460 units. 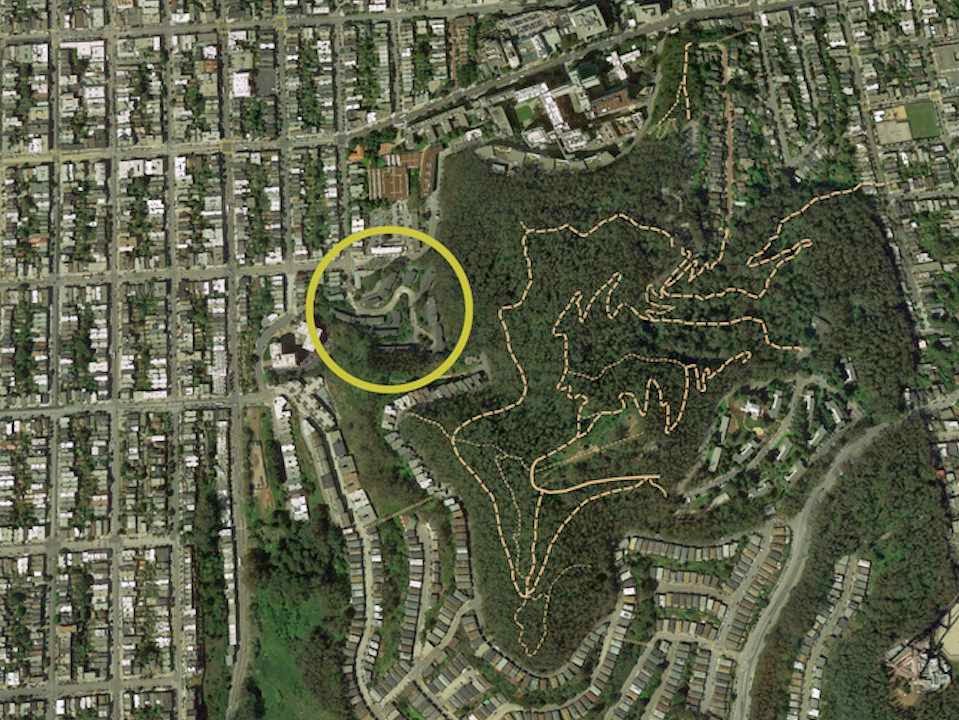 According to Naomi Porat, co-founder of project development management firm Transform Urban, the goal is to ”create a model for environmentally and socially responsible urban infill development” and “attract a mix of income diversity, age diversity, and different types of housing.” Westlake Urban claims that 85 percent of current residents are “working professionals or students.”

Infill development is an urban planning concept where unused space is redeveloped to create greater density within built-up areas. In land-starved San Francisco, infill projects are the norm. Valencia Gardens in the Mission and Fulton Grove in Hayes Valley are two examples.

At Kirkham Heights, plans call for new plazas, pedestrian links to the Mt. Sutro Open Space Reserve and surrounding neighborhood, and expanded access to Muni. Although there will be an extended period of demolition and construction, work is planned to be done in phases to avoid displacing current residents.

Kirkham Heights “was designed with cars in mind,” said Porat. To bring the property up to date, plans call for eliminating much of the existing parking spaces and adding bike- and car-sharing services as well as services like valet parking and grocery delivery with cold storage. 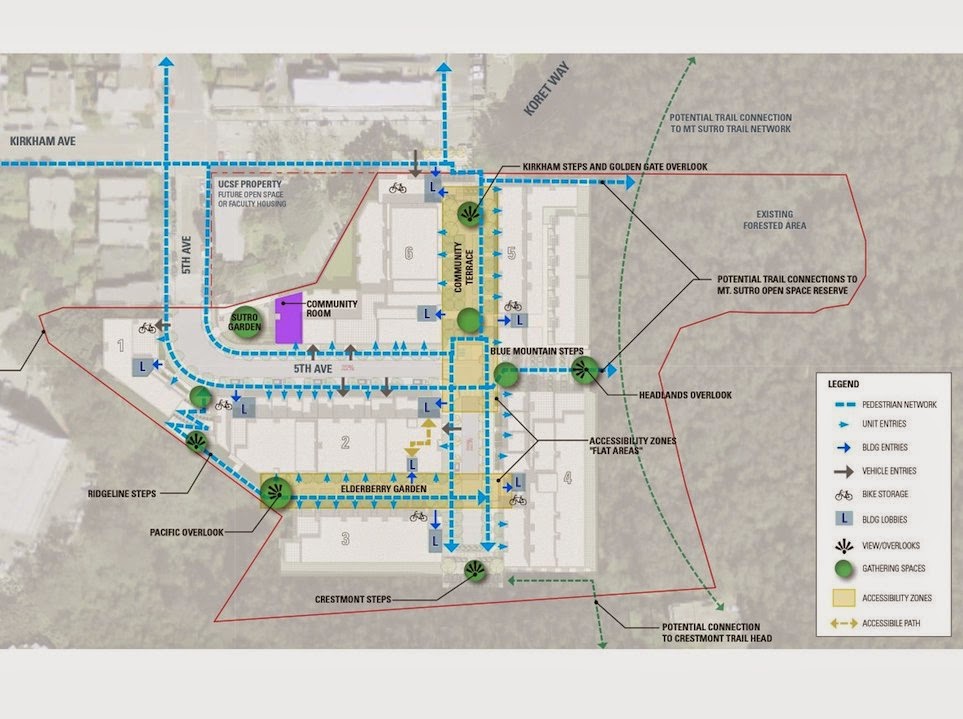 The project architect is Van Meter Williams Pollack, whose local infill projects include 2175 Market St. in the Castro and Bay Oaks in the Bayview. Although no architectural designs have been finalized and construction isn’t expected to begin for years, Transform Urban has mounted an aggressive campaign to engage residents as well as neighbors. In addition to meetings with project consultants and residents, meetups have also been held at UCSF Faculty Alumni House and the County Fair building, with more to come.

To reach residents, Transform Urban mailed out meeting invitations, made individual phone calls and did door-to-door canvassing. Beyond the complex, Porat’s company reached out to Inner Sunset Park Neighbors, sent postcards and had a presence at an Inner Sunset Sunday event. “We’re trying to be very transparent,” said Porat, who has been working on the project for 18 months. “It’s unusual for developers to start outreach while they’re still conceptualizing the plan, but that was a really important part of our process.”

“It’s been really important to inform them that this is a very long-range planning process,” said Porat. “They have interesting ideas about what they like about their apartments and what they’d like to see changed.” Porat herself is a Kirkham Heights neighbor. “We have an opportunity to demonstrate what really good planning for urban infill is and how to create a plan that can provide some benefit to the surrounding neighborhood.” 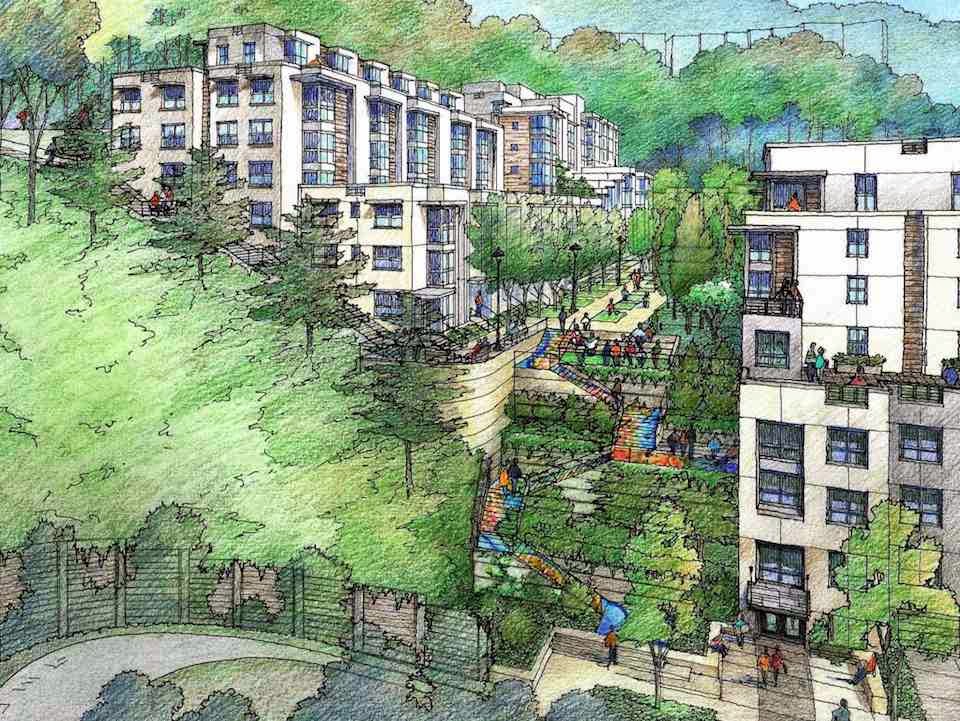 Before construction begins, Westlake Urban will conduct a environmental impact review, traffic and transportation studies, an engineering review and a review process with the City. Until the approval process begins, Porat’s outreach is “really focused on what happens between the buildings and the greenbelt. That’s what we initiated the project with.”

No outreach sessions have been scheduled yet for 2015, but Porat encourages anyone with an interest in the project to join their mailing list or attend a meeting. “Outreach is really important to us.”