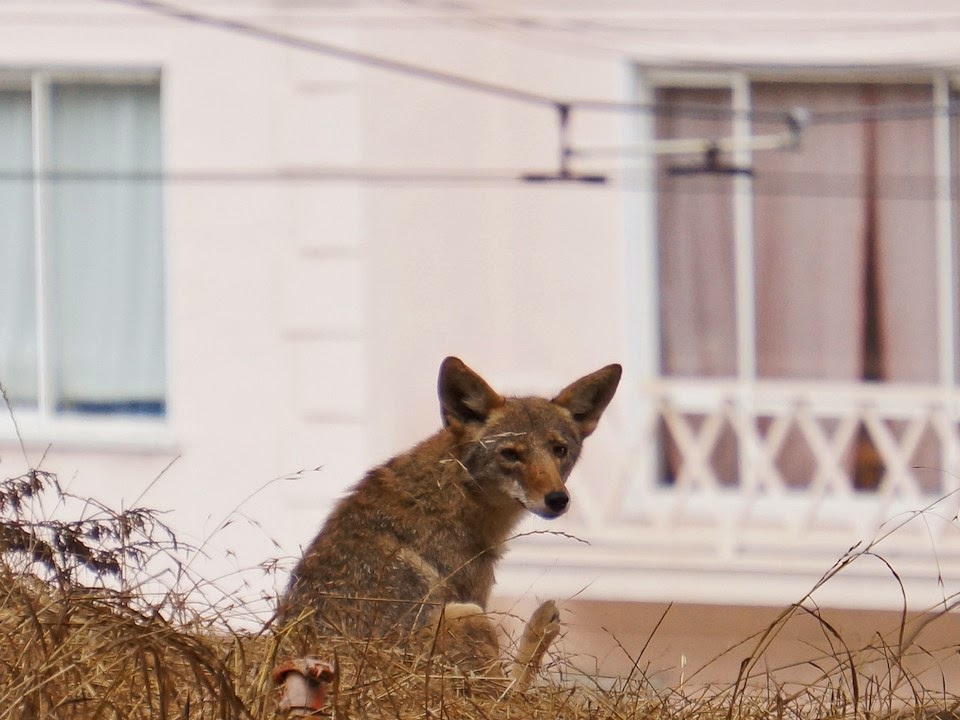 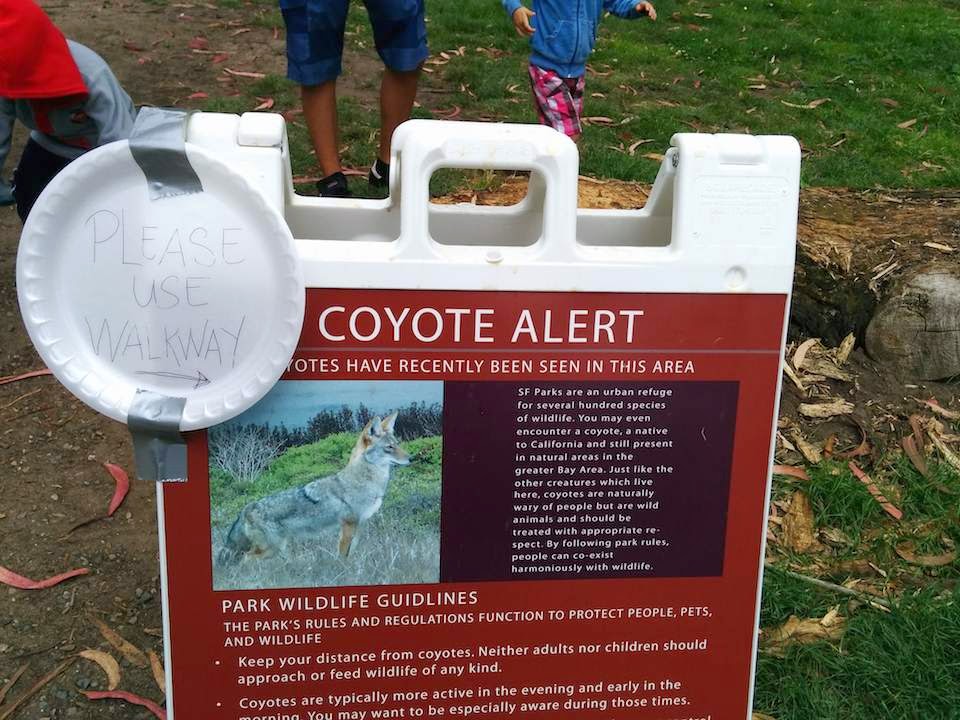 Highly adaptable, coyotes are likely to eat small animals like squirrels and rats but will also forage and scavenge when fresh prey isn’t available. Adult coyotes weigh up to 40 pounds, and based on photos and sightings, the City’s coyote population is extremely well-fed. Human San Franciscans are the next step up from coyotes on the local food chain. Because we're not culling the population, it’s likely that their numbers will continue to grow.
In a March 2014 SFGate article, a Parks & Recreation dispatcher who handles the city’s coyote hotline said sightings are so frequent, that "there's no way we can estimate how many there are.” Based on nature studies and photographic surveys, article author Tom Stienstra estimated that there were more than 100 coyotes living in San Francisco.
For the last few years, Parks & Recreation has posted warning signs through Golden Gate Park near known dens and areas where sightings are frequent. Dog owners are advised to keep their pets leashed, particularly when coyote families are present. Since 2012, Parks & Recreation has occasionally closed trails near known coyote dens using tape and barricades.
Across North America, Coyotes have made inroads into urban centers in recent years. A research project in Cook County, IL estimates that there are as many as 2,000 coyotes in the same county as the city of Chicago. Extremely skilled at avoiding human contact, they’ve been spotted in suburban Boston, New York City and Detroit, as well as suburbs throughout the country. Urban coyotes have a high survival rate “with vehicle collisions often a common cause of mortality,” concluded one study. 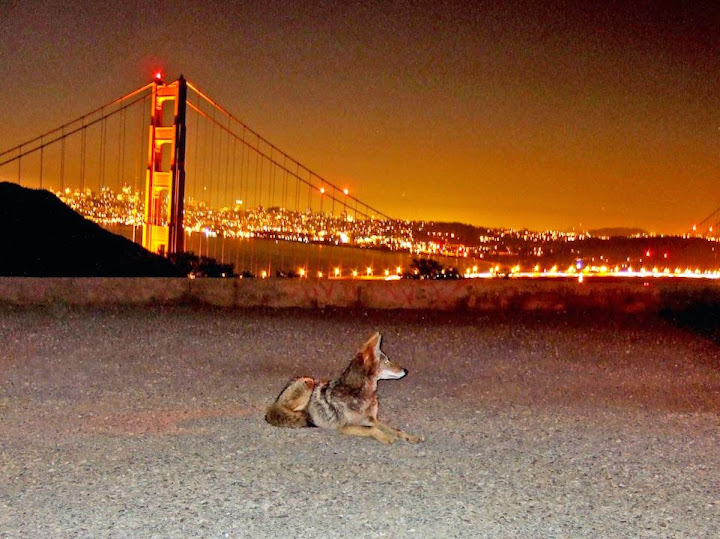 Flickr/Danielle
To avoid encounters, keep garbage secured, don’t leave pet food outdoors and remove any ripe or fallen fruit from your yard. Also, remain watchful over small pets and keep dogs leashed in park areas where warning signs are posted, particularly in spring and summer. If you come into contact with a coyote, make loud noises to scare it away, and don’t run away or turn your back.
If you see aggressive behavior or coyotes that have become frequent visitors, contact San Francisco’s coyote hotline at (415) 554-9400.
Coyote-watchers are encouraged to visit the western end of Golden Gate park at dusk and in the early morning hours. They’re also frequently spotted near North Lake, Ocean Beach, Presidio Golf Course and Land’s End near dawn. If you decide to seek them out, keep your distance and use common sense.
San FranciscoCole ValleyInner Sunset
7 minutes ago