On Van Ness and Oak stands a striking building that now houses a host of municipal services in addition to a fascinating history.

Prominent architects Bliss & Faville, known for designing the St. Francis Hotel, the Savings Union Bank, and Geary theater, designed the building at 25 Van Ness for the Masonic Temple Association, which used the space for their weekly meetings, rituals, and ceremonies.

According to an article published by historian Edward O’Day, the Masons first congregated in San Francisco in late 1848, and hopped around to different buildings before laying down the cornerstone for their headquarters at Post and Montgomery in 1863. After 43 years, the 1906 earthquake brought down the whole building, but the cornerstone—lead within copper within granite—remained. It was reset, unopened, when the new Masonic Temple on Van Ness was constructed. 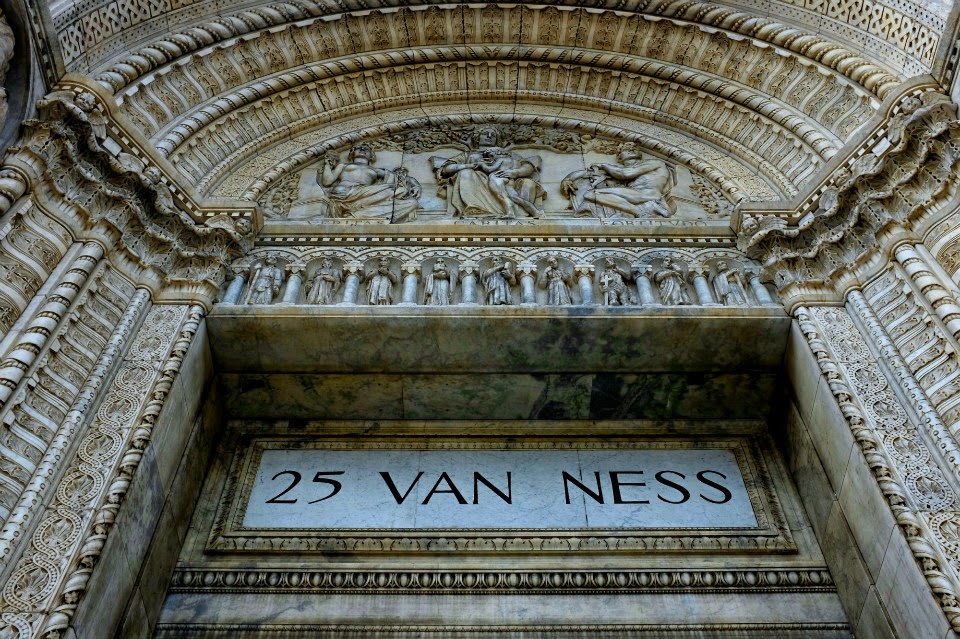 William Crocker— the son of Charles Crocker, a West Coast railroad baron (part of the ‘Big Four’ railroad barons)— laid the cornerstone and “two years later the building was dedicated amidst a grand parade of 8,000 Masons, with Knights Templar on horseback” (Heritage Newsletter, Winter 1982).

Public records relating to the construction and renovation of the building indicate that the exterior of building is based upon “late medieval and early renaissance Italianate forms” allegedly “reminiscent of Palazzo Vecchio”. 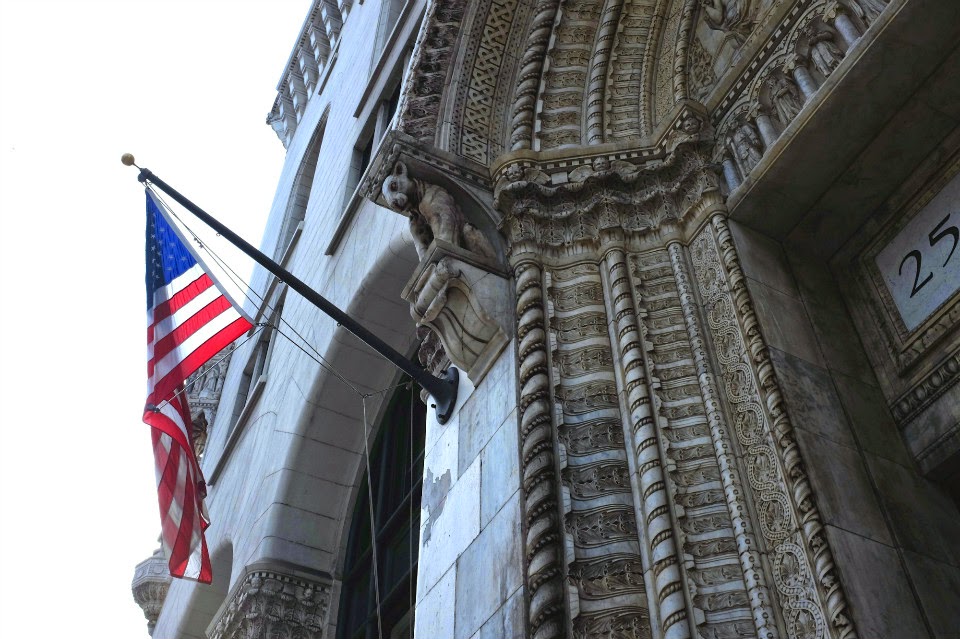 The interior design of the original building was in keeping with the secretive and ritualistic aura of the Masons. The halls were dark and somber. The walls of the halls were completely detached from the outside walls of the building, and the windows on the outside of the building opened into a three-foot shaftway of space, designed to further protect the secrecy of the organization.

The building today still holds signs of its of the Masons that occupied it in the past. For example, at the gates there appears a ‘G’ with a square and compass, a common Masonic symbol. 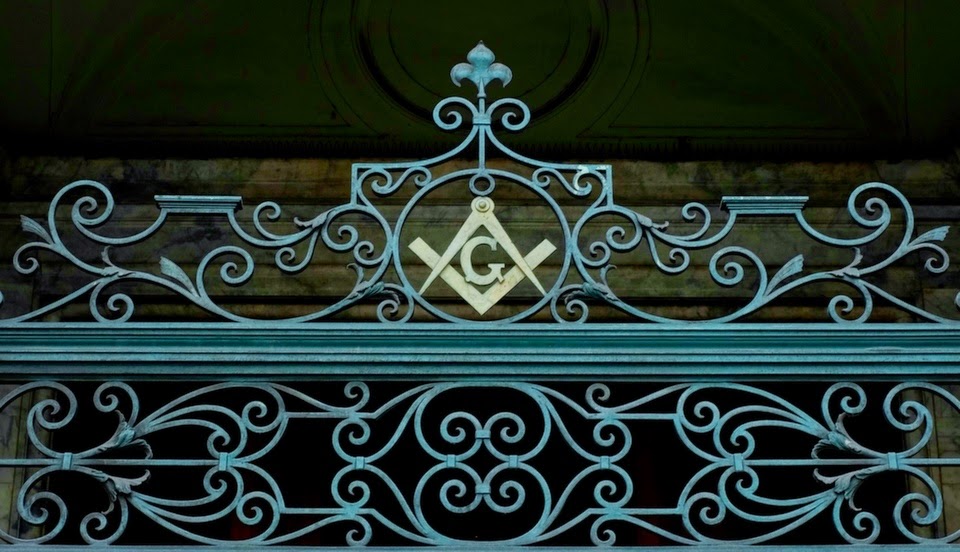 Although the building has undergone significant renovations, the remnants of the old grand rooms still exist. Originally the building had four floors (or seven if you count the three floors of mezzanines). The mezzanine floors have now been filled and a penthouse has been added. There were five Lodges, which were two-story rooms organized according to the dictates of Masonic ritual, with benches along the walls and officers' chairs and a podium at the front. In two of the Lodges there were organ lofts, which in 1984 still existed (although sans the organ pipes).

In the 1950s, interest in Freemasonry waned in San Francisco and Lodges gradually moved out through the '60s and '70s until the building was practically unused. It was sold by the Masonic Temple Association in 1978.

Renovation of the building began in 1984, making it more amenable for offices. The building was brought up to code and the domed-window structure at the top of the building was replaced after it had been taken down earlier in the century. Windows were added on the fourth and sixth floors, replacing terra-cotta panels depicting Masonic imagery. 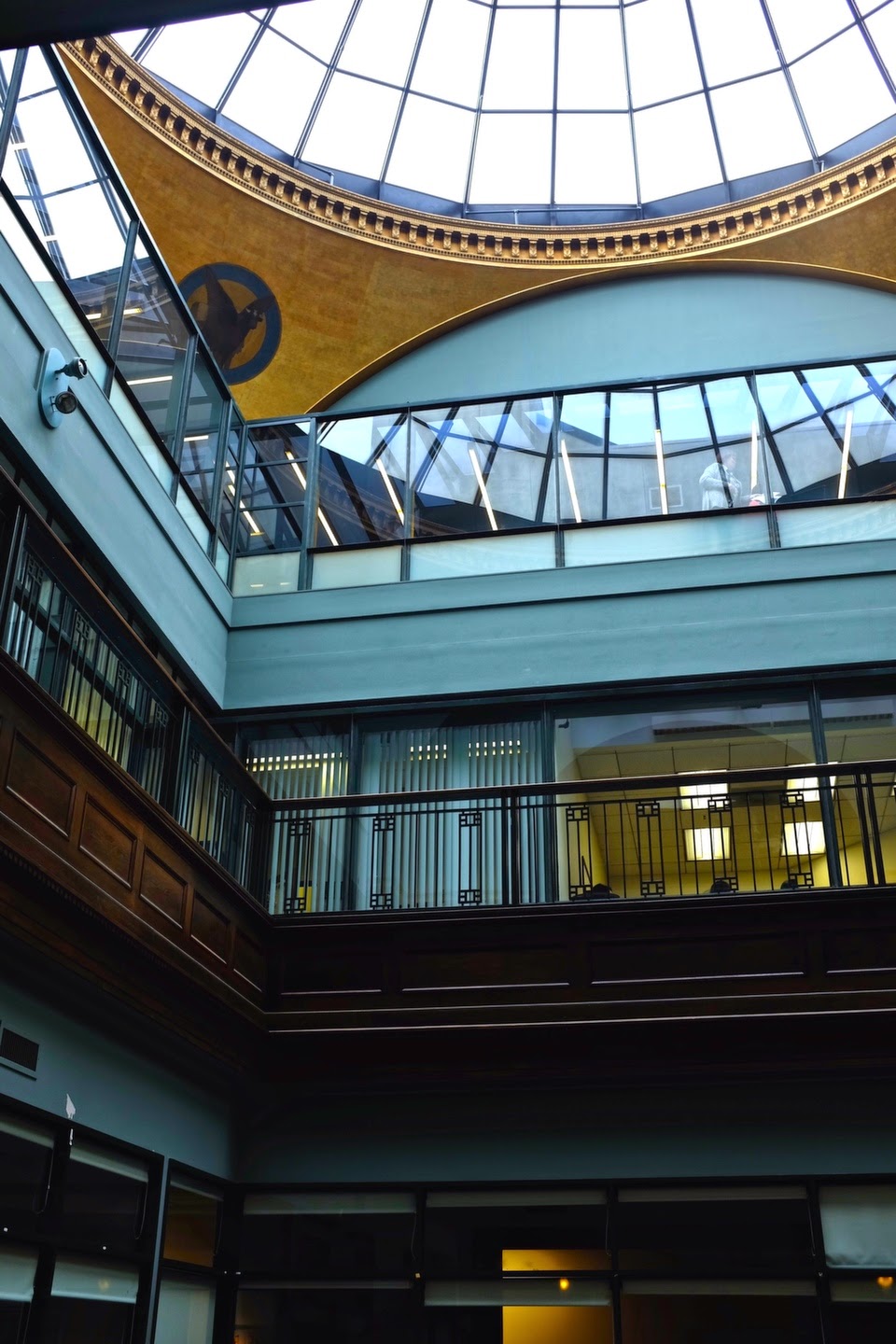 Originally there had been a “Commandry” on the top floor, which was something akin to an atrium, but used for specific purposes relating to Masonry. The window was taken down but then replaced during the renovation.

Still adorning the entryway is an arched portal with the allegorical figures of Veritas (Truth), Caritas (Compassion) and Fortitudo (Fortitude) framed by a intricately carved voussoir. The southeast corner of the building’s façade still bears the building's signature statue of King Solomon, which is visible from both the east and south sides of the building, casting a contemplative air over Muni riders waiting for the 49 and 47-Van Ness. 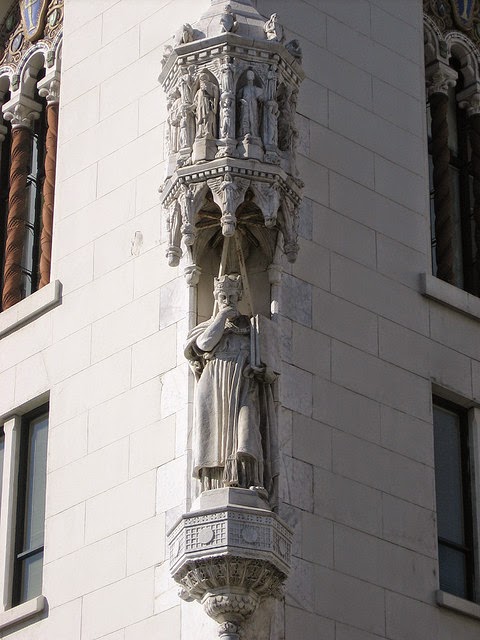 Today, the building is occupied by many valuable municipal services such as the Rent Board, Arts Commission, Department of Public Health, Project Homeless Connect, Veterans Service Office and the New Conservatory Theater. And, though 25 Van Ness can feel a bit incongruous amongst the buildings that surround it, its history and ornate classical style make it a quintessentially "Civic Center" fixture.