What do a corporate lawyer, an elementary school teacher and a lieutenant colonel all have in common? Quitting their jobs to professionally brew beer.

They took the leap through a growing local group called the San Francisco Homebrewers Guild, which will be celebrating its third year this coming Beer Week (February 6-15).From its origins as a rag-tag club of amateur hobbyists, the SFHG has grown into a hub of area movers and shakers. Today it provides members with classes and advice from top industry professionals and a community of fellow enthusiasts.

When patent lawyer Chris Cohen moved to San Francisco from New York several years ago, he came with no expectation of founding a beer organization. A lifelong beer lover, his introduction to the Bay Area scene was quite circumstantial. One of the first people he met was Brian Yaeger, author of Red, White and Brew, who was on tour with his brewing book and hunting for a sub-leaser. “He and I just hit it off and when he returned to town we just kept hanging out,” he said. “And it was really through him that I met all these amazing people in the beer scene.” 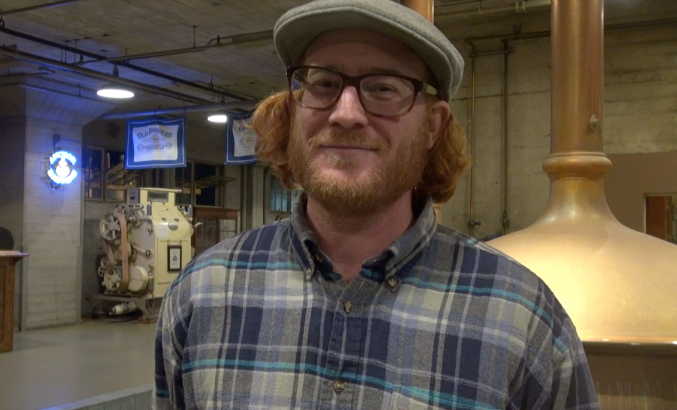 Cohen, who had been brewing beer at home for two years, searched for an organization to help him professionalize his hobby, but couldn’t find one. “So I decided that if I wanted to meet a bunch of people who brew then I’d have to start this thing by myself,” he said.

Former Army lieutenant colonel Kevin Inglin has a similar story. When he moved to the city in 2011, he couldn’t find any brewing organizations. The only thing around was a casual Meetup group called San Francisco Homebrew Club, of which he soon became the leader. Later, he searched online to find that Cohen had established the SFHG. Inglin reached out and the two then got together, merged memberships in 2012 to cook up the modern club. 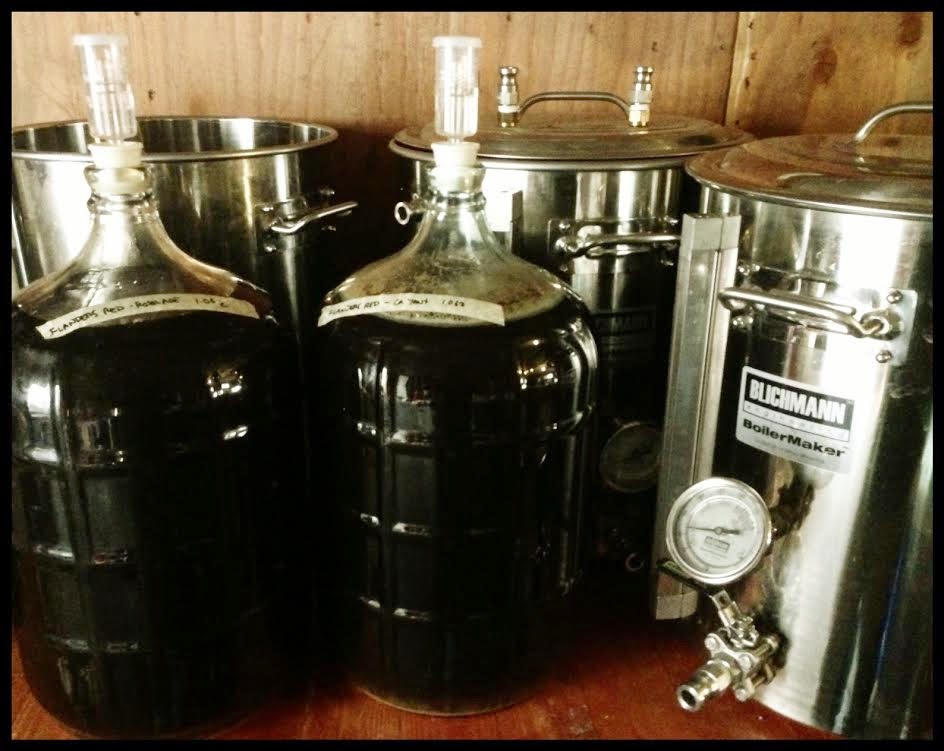 SFHG now boasts close to 150 paid members and is currently waiting to hear back on non-profit status to become a 501(c)4 organization. Dues are $45 per year and anyone can join. Members get access to events, such as bus tours to breweries, discounts at homebrew supply shops and monthly meetings at the historic Anchor Brewery in Potrero Hill. Anchor donates the space once a month for the meetings and pours beer for SFHG members on the house. The guild has been able to draw beer luminaries such as Pete Slosberg, creator of Pete’s Wicked Ale.

The buzz surrounding the guild and homebrewing has been infectious for its members, steering many toward their true love.“One of the cool things about San Francisco Homebrewers Guild, and I think a lot of homebrew clubs, is that by bringing all these people together it creates a lot of synergy around getting people interested in pursuing beer and beer industry work as a profession,” Cohen said. This was especially true for Cohen himself. Born in Philadelphia, he went to law school in New York and got a job as a corporate and patent attorney who worked mostly for tech companies in San Francisco. That all changed after starting the SFHG. He's now followed his former roommate Yaeger's example and wrote a book about beer — a study guide for the certified beer cicerone program, which is comparable to a wine sommelier program.

Cohen, who lives in the Mission, has plans to open a beer bar this year at Mission and Cortland streets near Bernal Heights called Old Devil Moon, which he intends to turn into one of the best beer bars in the city.“You just realize, oh, this is my passion,” he said. “Now I’m really sitting here talking to people about it and I realize that this is what I want to be spending more of my time doing.” 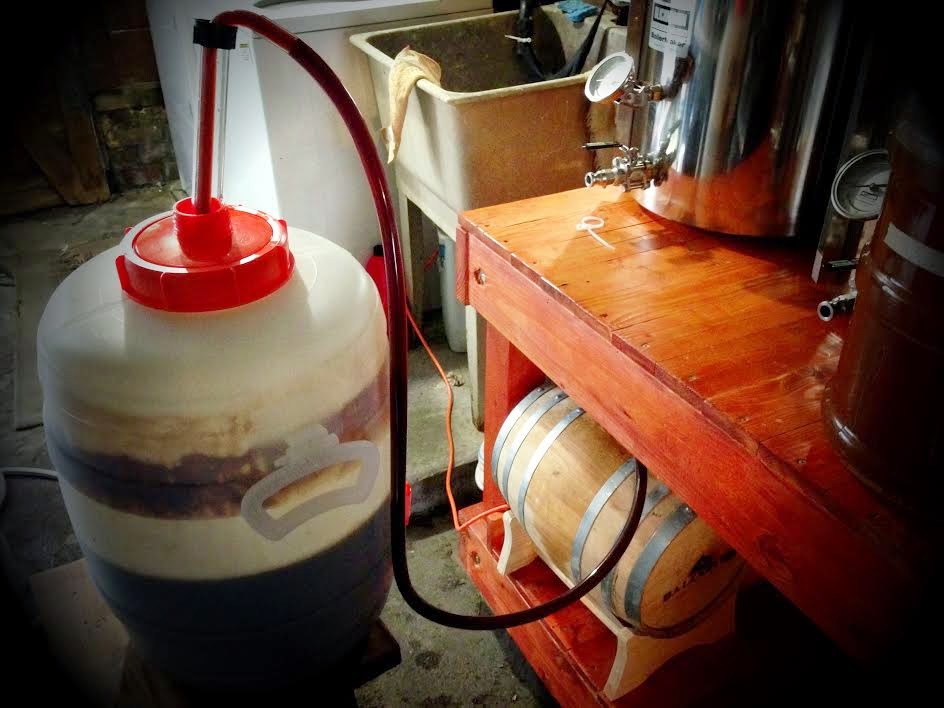 Inglin has a similar story. A graduate of West Point with a degree in aerospace engineering, he entered the Army as an aviation officer and flew UH Hueys and CH-47D Chinooks. Most recently, he was the chair of the military science department at the University of San Francisco. Beer changed all that.“I always had in the back of my mind that brewing might be our second career,” Inglin said, referring to himself and his wife and business partner, Shae. “This probably gave me the confidence to do that because getting into leading the club here and meeting people in the brewing industry and having a lot of contacts just gave us that push that this is something that we can make our livelihood in.”

He's now working on opening his own brewery, to be called Ferment, Drink, Repeat. It will be a small-scale brewery located in the Portola neighborhood with a homebrew supply shop connected to it. He said the plan is to feature a number of home brewers in the shop and select award-winners to have their beers on tap. 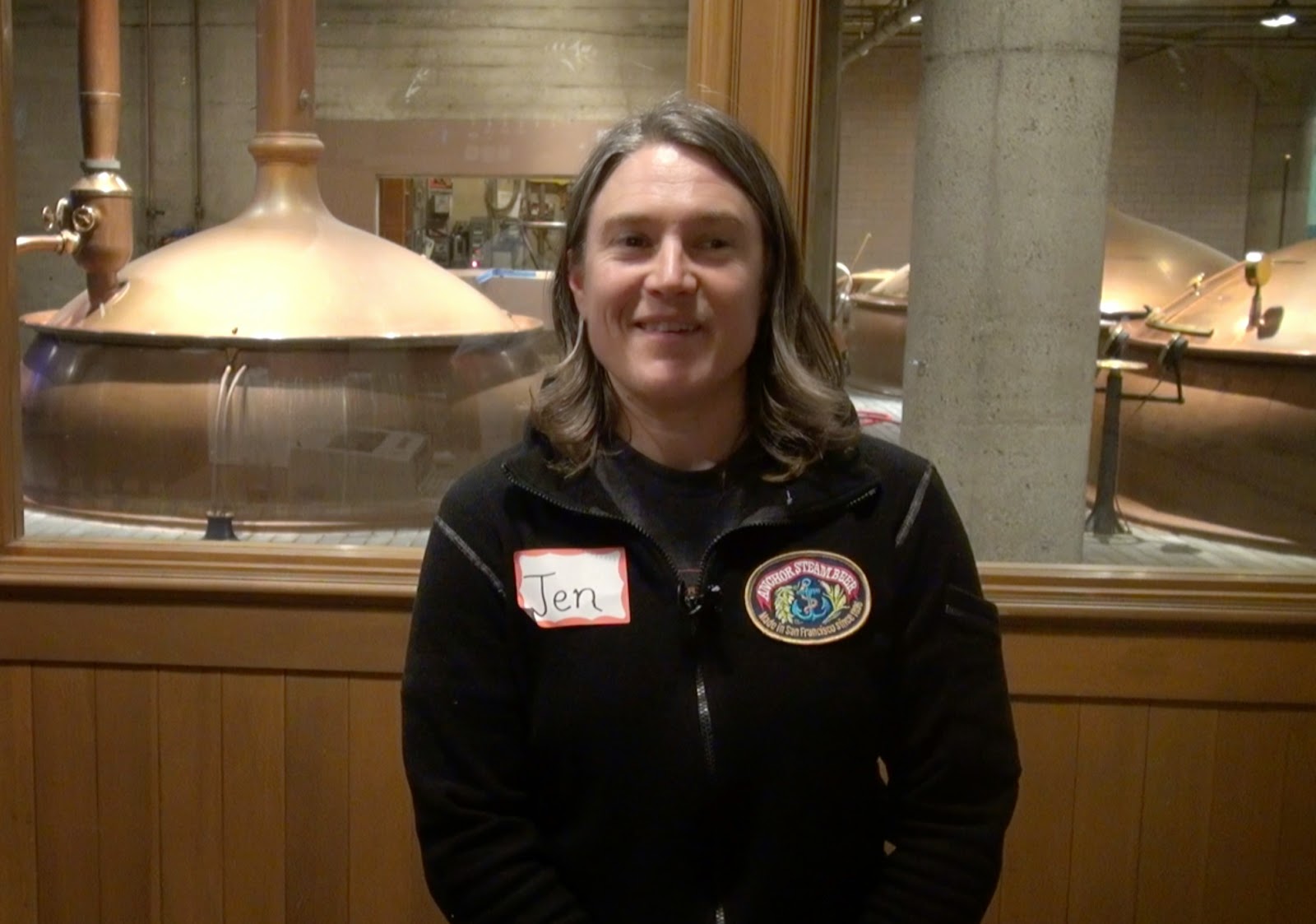 Homebrewing also explains how the guild’s secretary, Jen Jordan, made her move from schoolteacher to Anchor Brewery’s first female brewer. In 1999 she started teaching 2nd and 3rd grade at West Portal Elementary School. She enjoyed the classroom but began to pursue the hobby of homebrewing outside of it.

Eight years ago, she took her first class after buying a kit at San Francisco Brewcraft in the Richmond District and then got hooked up with the SFHG. A natural from the get-go, she received good feedback from the brewers, who encouraged her to enter into competitions. Eventually the passion overtook her and she made the leap of faith, reducing her teaching hours with the SF Unified School District and started work on the packaging line at Anchor Brewery.

But there were no guarantees Jen's aspirations would pan out. Although her co-workers at SF Unified School District had encouraged her to pursue her dream, she admitted that leaving the classroom for the brewery left her with many doubts. “It was scary because I did actually resign from my teaching position before I even had a full-time job here.” 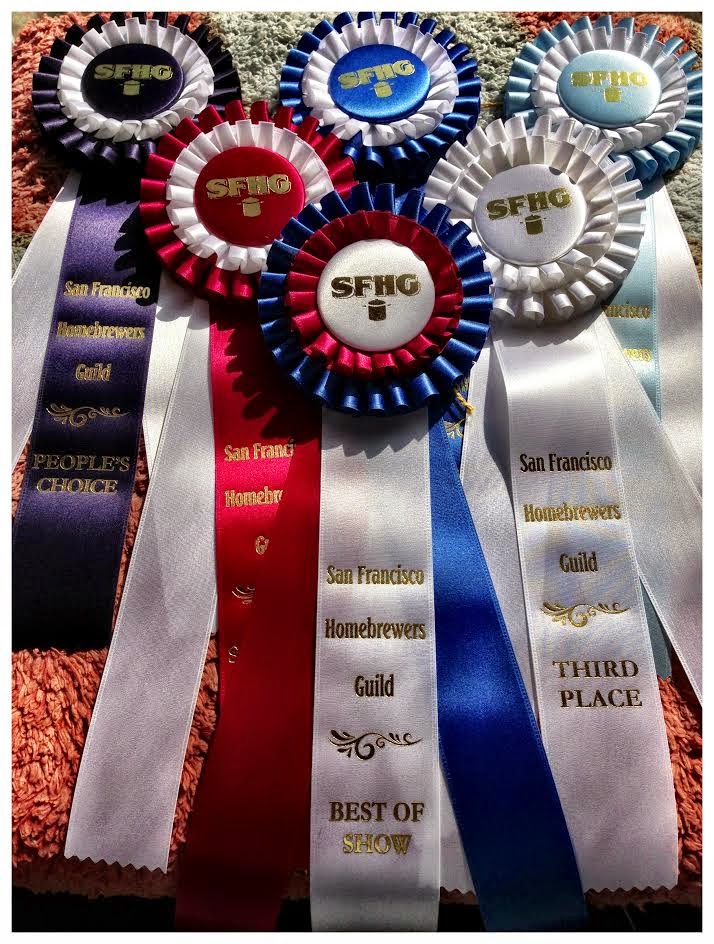 Last March, Jen was promoted and became Anchor Brewery’s first female brewer ever. In 2014, she was also named SFHG Homebrewer of the Year. “Brewing and beer became a teacher for me,” she said. “When I saw myself switching I felt like I’m not a teacher anymore, I feel like I’m a student and I want to learn about this. I had to start following that.”

Innovations in beer don’t just happen in a vacuum. People are the impetus behind the dreaming that becomes trial and error and eventually success in beer making, and it is the do-it-yourself spirit that has altered beer and led to the rise of several trends.“Homebrewing and home brewers have absolutely changed the American craft brew industry,” Cohen said. “A lot of the guys who own the top craft breweries that you’ve heard of — almost all of them have come out of homebrewing.”

An example of trend changes in San Francisco is the up-and-coming brewery Almanac, which specializes in Belgian-style sour beers. Cohen said the partners of that brewery met at a homebrew club where they perfected their recipes and methods before launching the brand. The Almanac Beer Company, located in the Dogpatch neighborhood, makes beers in small batches using fruit, grains and herbs that come from local family farms. 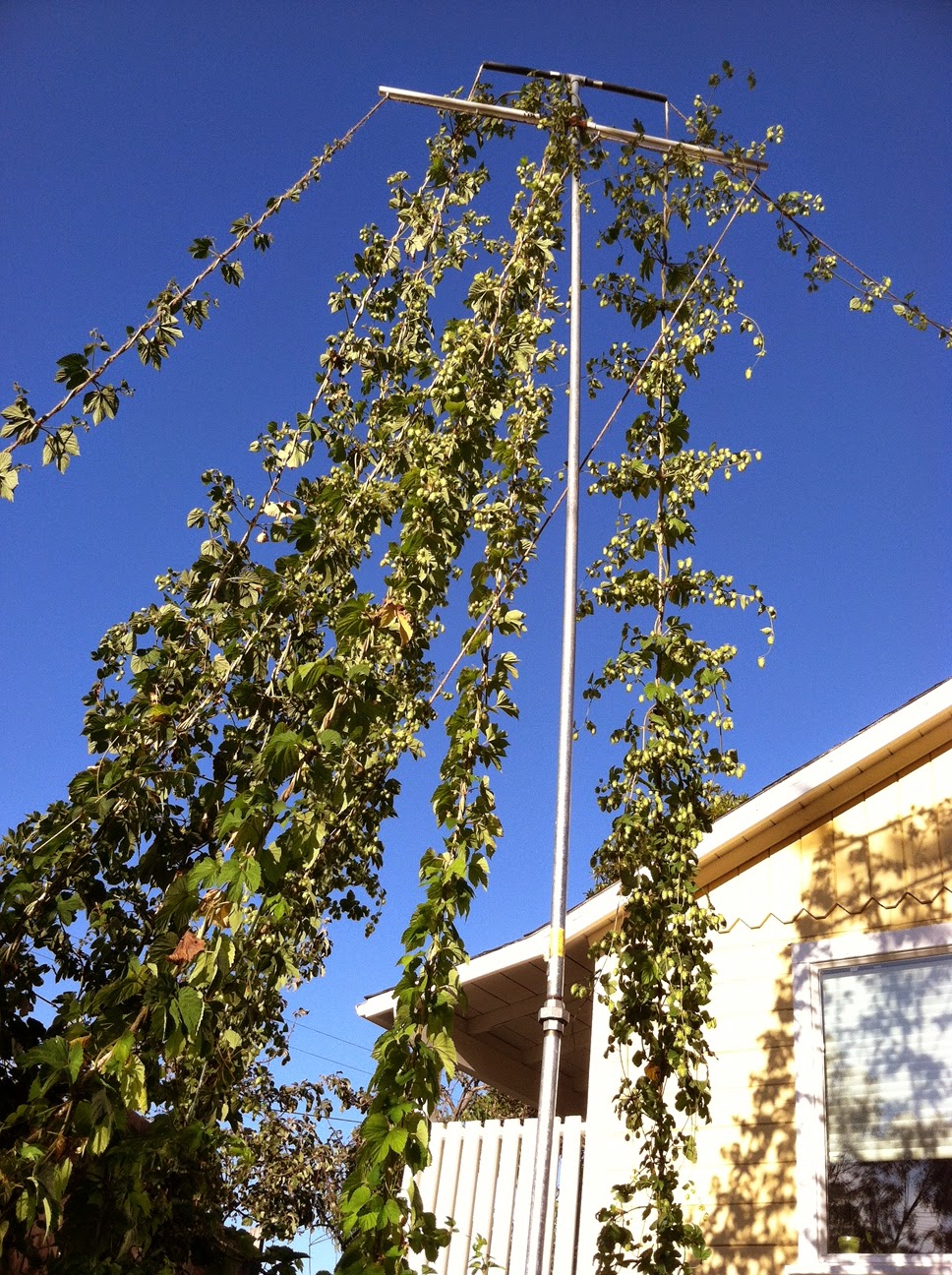 Backyard hops, grown by and photographed by Jen Jordan.

Backyard hop growing is another method that has allowed new libation creations to take root. In the spring, homebrew shops sell a variety of hop rhizomes — essentially root cuttings of hop plants — which can be buried in the dirt. Cohen said he and a number of others in the club grow just enough hops in their backyards to make one or two batches of beer.

“We’ll make what are called ‘wet hop beers,’ where you take the hops fresh off the vine, and instead of drying them and storing them for use later, you throw them right in the beer while they are still moist. You get a very fresh, grassy hop character in your beer,” he said. Cohen said that during harvest season in the fall, breweries such as Sierra Nevada now put out fresh hop or wet hop beers.“This is one of the kinds of genres of beer that home brewers have helped bring to commercial beer,” he said. “So, it’s kind of cool.”

The passion for beer making — of experimentation and rolling up your sleeves — fuels the club, not the economics of frugality. “There is definitely a deep DIY spirit in the homebrewing world and it extends not just to the hop growing but the people who’ll smoke their own malt. They’ll go out and get fresh fruit and use that in their beer. They’ll build their own equipment,” Cohen said. “The idea that you can brew beer at home for less money is not true. It’s really cheaper to just go out and buy beer and it’s a lot less time-consuming.” 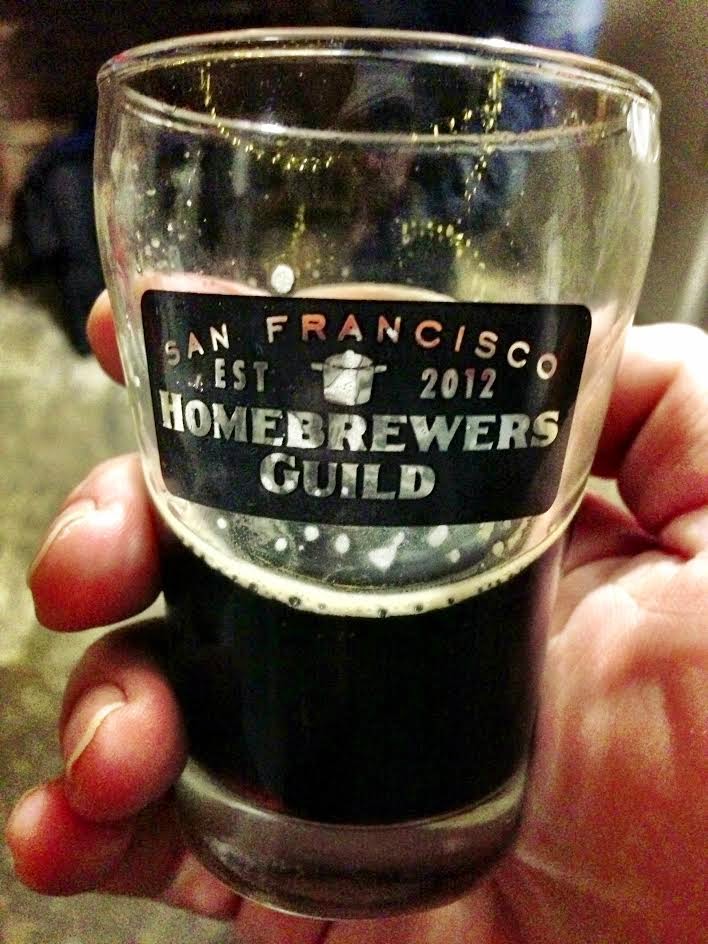 The SFHG will round out SF Beer Week with its  annual homebrew share on Sunday, February 15th at Pi Bar (1432 Valencia St.) from noon to 3pm. The cost is $15 per person and pizza and beer will be provided. The event will mark the third year of the guild’s existence.

“If you're interested in making beer, or if you are a home brewer who hasn’t come to a meeting and met other home brewers, you’re kind of missing out on one of the best parts of being a home brewer, which is the community,” Cohen said. “It doesn’t matter if you’ve been brewing for a decade or more or just starting out. There are experts brewers here who help you dial in your recipes or techniques and even if you are a very good brewer already you’ll learn something new ... If you haven’t been out here for a meeting yet, get out here.”