Last month, we brought news of Photograph & Frame headed to 465 Hayes Street. Now, it seems, the arrival of another frame shop to the neighborhood couldn't have come at a better time, as local framer The Painters Place is set to become an outpost of luxury apparel brand Kit and Ace.

Kit and Ace, a Vancouver-based company with big expansion plans, has filed for building permits and signed a new lease at 371 Hayes St., the current location of The Painters Place. They are expected to open the new outlet on June 12th, 2015, with hopes to open 50 shops worldwide by the end of the year. 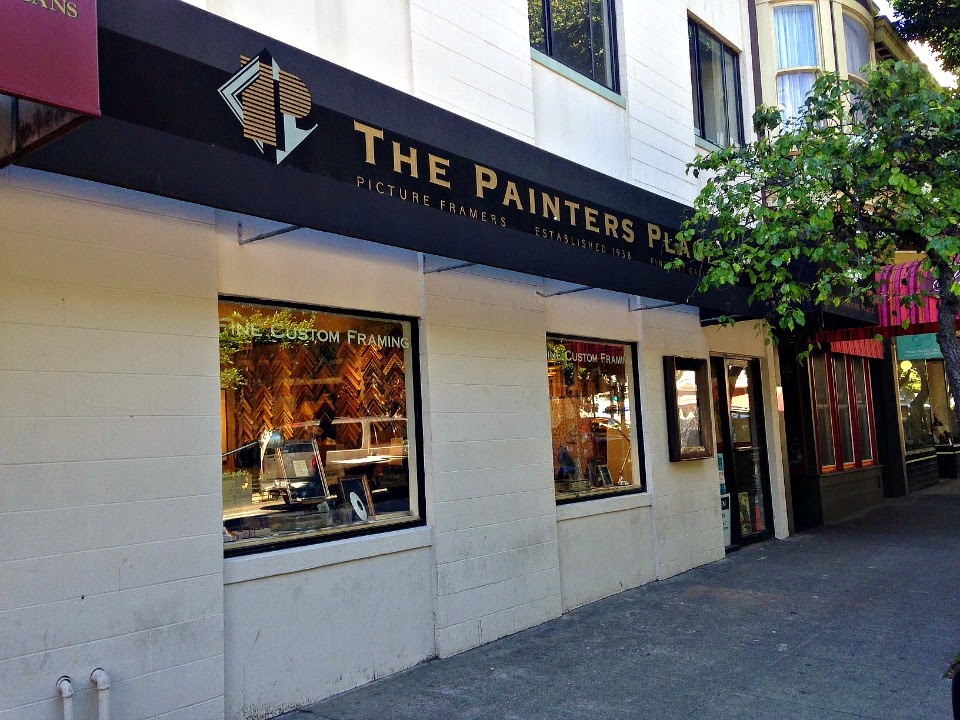 Kit and Ace has already expanded to San Francisco with a t-shirt shop on Fillmore Street. This will be the second outpost for the brand in San Francisco, and its eighth total in the United States. The self-proclaimed luxury apparel brand, which opened its first location in Vancouver nine months ago, offers basic cashmere pieces for both men and women.

Kit and Ace was founded by Shannon and JJ Wilson. The “Wilson family company” isn’t the first time you may have heard the name associated with retail – Shannon’s husband and JJ’s father is Chip Wilson, the founder of Lululemon. A recent New York Times article covering Chip’s departure from the exercise apparel brand mentions Shannon – who had been a founding designer at Lululemon – and the new fabric she created, deemed “technical cashmere”.

This new fabric, which was rejected by Lululemon, became the inspiration behind Kit and Ace, which holds a similar ethos to the original Lululemon Chip helped create 16 years ago. Chip officially left Lululemon in early February, and is expected to join his wife and son at Kit and Ace, though no such announcement has been made.

The Painters Place is a locally owned frame shop that has been in business since 1966. Besides the Hayes Valley location, it also has locations in Larkspur and Richmond.

"We are moving because the rents in Hayes Valley have outpaced our ability to pay for the amount of space we are in now. The timing of of our decision to move did not coordinate with the right size shop available to take so that we could stay on Hayes St. So I made the decision to go to a new up-and-coming neighborhood. We are on 9th St between Folsom and Howard.

"After 36 years in Hayes Valley (we were the longest tenured retail establishment) I will miss our's and the neighborhood's history. I wish only the best to the independent retailers of quality that made this neighborhood what it is today. I won't miss the chain stores or the about-to-be chain stores."

Painter notes that his business model will remain the same. "We will continue to do fine custom framing for discerning retail clients, the interior design trade and retail visual merchandising ... Our success has been linked to the success of Hayes St. We are now a mature business with a wonderful and supportive clientele."

As for what's planned at the new shop, an "atypical retail space" is in the works. “San Francisco has been a great market for us and we are excited to bring our new location to the vibrant area of Hayes Valley," said JJ Wilson in a press release. "We’re bringing a beautiful space in which customers can access our clothing, but also come away with a deeper sense of our brand ... while we want locals to feel excited about the clothing that anchors our shops, ultimately we want them to walk away inspired by the time they spent with us, ” added Shannon Wilson.

Update, 3/20: Matt Painter tells us that the Painter Place will close March 28th on Hayes Street, and reopen on April 1st at the new 9th Street location.