Parkside Market has been in business on the corner of Hayes and Lyon since 1981, and if anything, it's gaining steam.

Originally owned by David Habash, the store was passed down to his son, Khalil, after he passed away from cancer two years ago. However, Khalil, along with his Uncle Victor and his younger brother Amir, have kept the community-driven spirit alive and well in David’s absence, and the market remains a hub for neighborhood residents from every walk of life. “We treat everybody like our family, not our customer,” said Khalil.

You may be familiar with Parkside's large, tasty, and affordable sandwiches, but you might not know that David Habash was the founding member of neighborhood association NOPNA, and the store has a proclamation signed by Gavin Newsom to prove it. In fact, May 20th was proclaimed “North of the Panhandle Neighborhood Association Day” by the Mayor’s Office back in 2006. 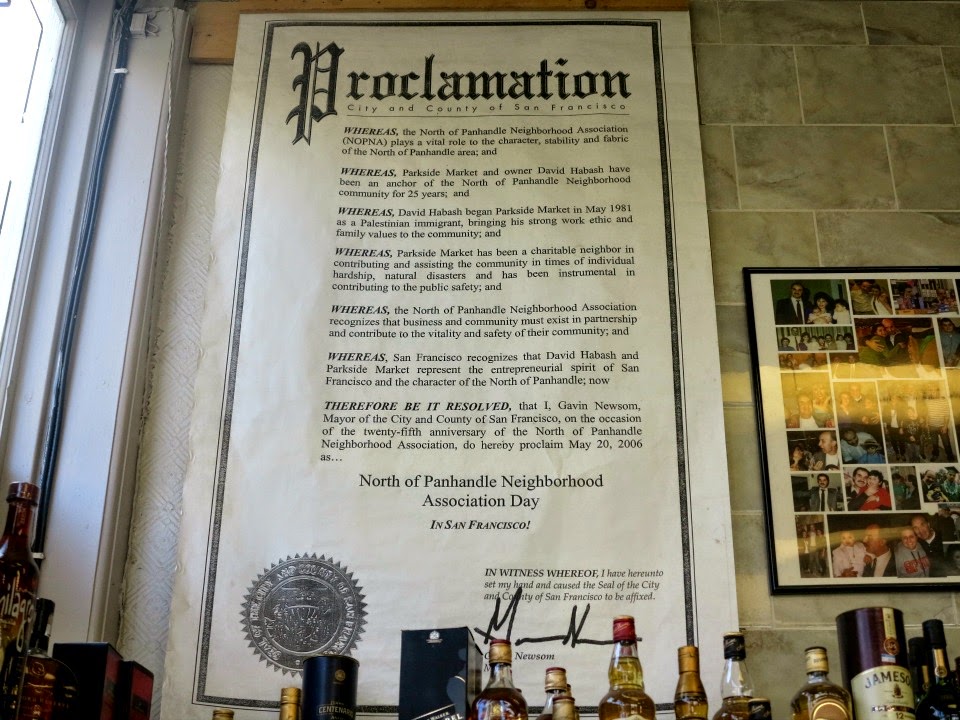 The Habash family is of Palestinian descent, but Khalil himself grew up in South San Francisco and has been working at the shop since he was about 10 years old, which is also around the age his brother Amir, now a teenager, started working there as well.

Curious, we asked Khalil why so many liquor stores in the neighborhood and San Francisco at large were Palestinian-owned. “It’s just word of mouth,” he said. “I guess it started when one Palestinian took over a shop and fixed it up and added our personality and friendship. The liquor store owners are one big community. If one of us hears a store is for sale, we all do. You can’t hide nothing in the Arab community, we talk too much."

"Also, I think we are able to deal with so much because of what’s happening in our own country," he added. "We’re thankful to be here and just drama-free.” 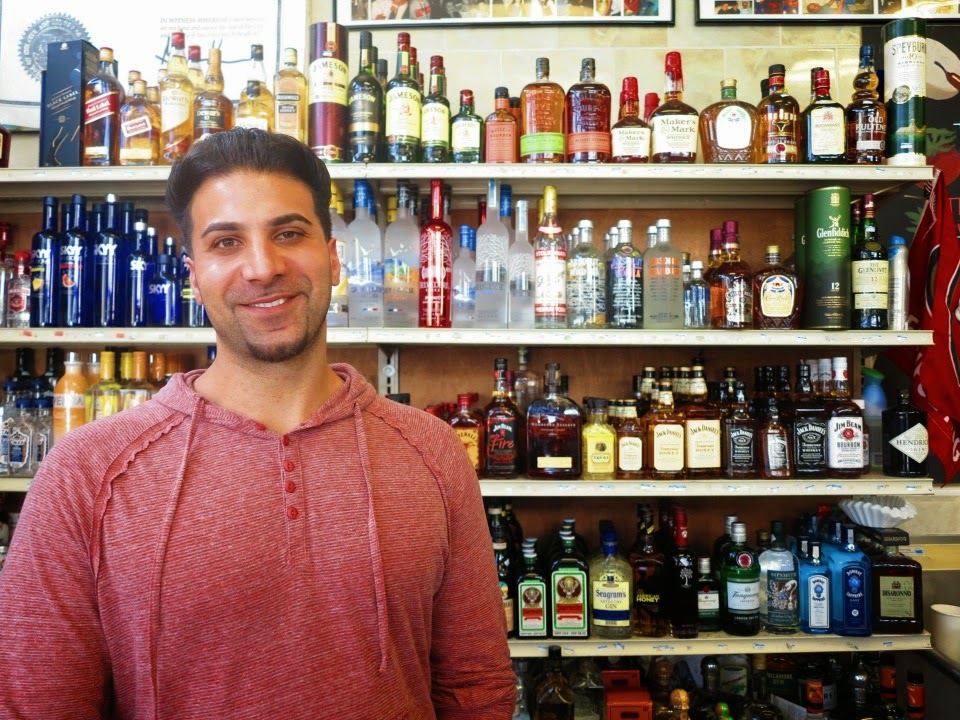 In fact, one of the most notable things about Parkside Market's owners is their dedication to the neighborhood and keeping it “drama-free”. Situated next to The Panhandle, they deal with a lot of homeless people in and around the store. When asked how he works with this issue, Khalil replied, “I give it to them straightforward. I give them what they want and cut the bull. If they're hungry or whatever, I’m like ‘look I’ll give you this’ and they just keep on their way.” While we were there, he also pointed out a regular panhandler that helps sweep the floors for extra cash.

But Khalil's concern for local poverty isn’t the only thing that helps the shop garner the respect it maintains in the neighborhood. “We take care of a lot of families that don’t have enough money to last them through the month," he said. "We give a lot of credit to people that need it. We help a lot of families." 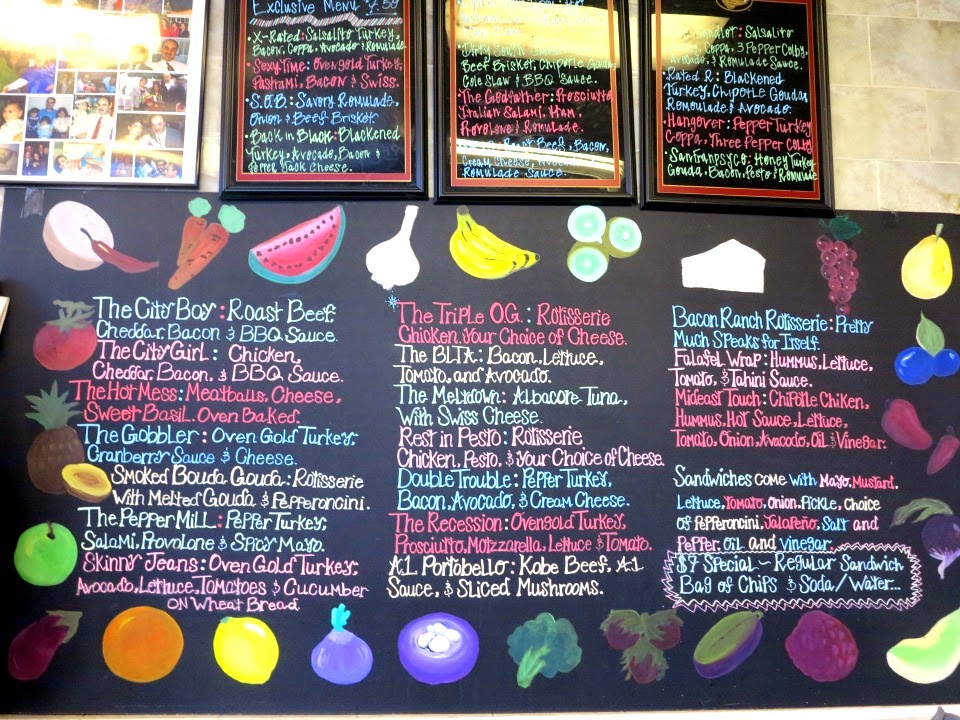 However, if we’re talking about Parkside Market’s cachet in the ‘hood, it’s impossible not to mention those sandwiches we talked about earlier.

Although he only started making them three years ago, Khalil’s sandwiches are well-known in the area. They cost $6 to $7.50 and for the price, they certainly pack a punch. “I put a lot of love in my sandwiches,” said Khalil. "I don’t rush anyone’s sandwich. No matter how long the line, I put that extra bit of love in, you know, like salt and pepper on the tomatoes, stuff like that. If you give people what they want, they’ll come back."

Indeed, a satisfied customer is the best gauge of a good business, and we ran into one by the name of Adrian “AJ” James on the way out. “I like the atmosphere, it’s friendly,” he told us. “I’ve been coming here on and off since I was 18. These corner stores have taken the place of some of the barbershops in terms of the community and camaraderie, at least for some of the old folks. It’s a great place just to hang out and share some knowledge.” 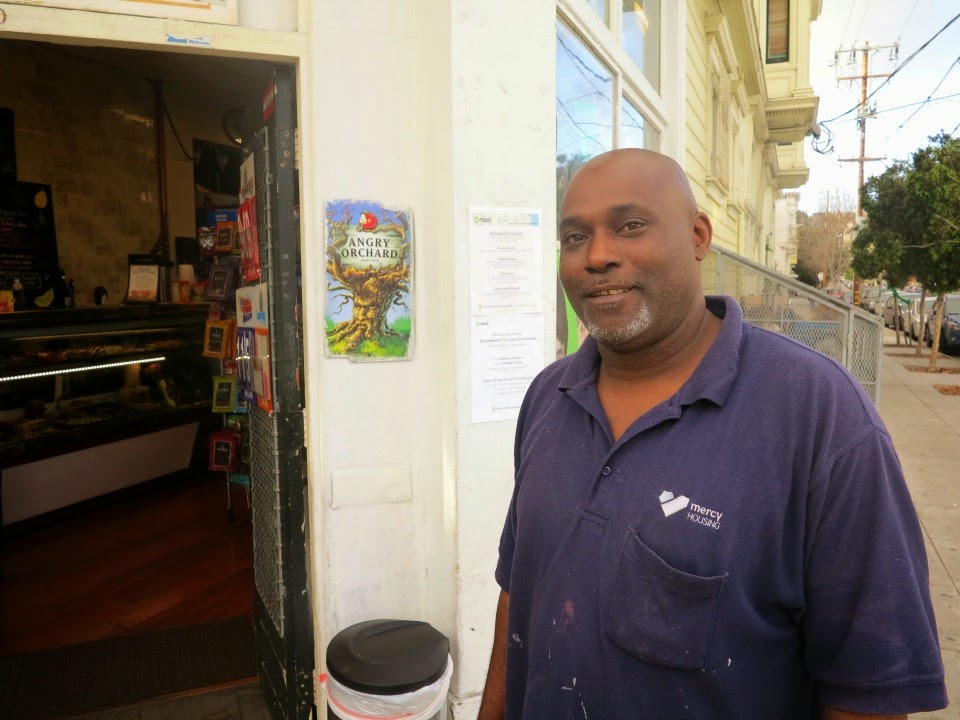 Kudos to Parkside Market for helping make the community a better place over the years, and here's hoping they keep pumping out those hoagies.