A few weeks ago, an 8-foot tall map appeared in the curved art space outside Green Earth on Divisadero and McAllister streets. A closer look shows the topography of our city and bodies of water that today are underground, or don't exist. The man behind this mural—and the whole project—is Joel Pomerantz of local walking tour Thinkwalks.

We interviewed Joel last May, and he shared with us his passion for San Francisco's historical geography, ranging from the rolling sand dunes of Golden Gate Park to the ancient waterways that used to flow down the Wiggle.

Now, his love for history, geography and maps is culminating in a project called "Seep City." Joel hopes to print copies of his map as well as an accompanying waterways log book of the city, "a companion publication that will present my sources, research adventures and other enjoyable details," he says. 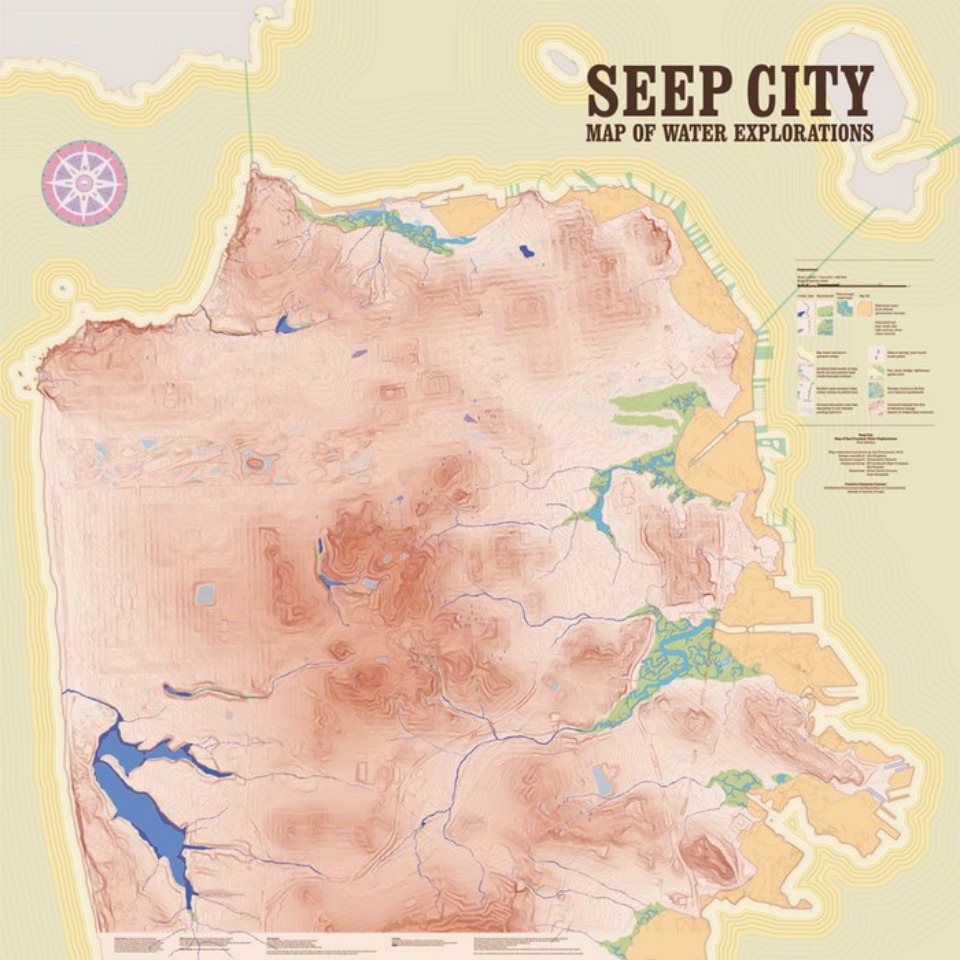 A Kickstarter has been established to help fund the creation of the map and guide. Although Joel has completed the map, artist Emily Underwood has signed up to illustrate the pages of the book. As Joel states in the Kickstarter, "It's a real challenge to keep a simple, clear and beautiful aesthetic with a complex, data-filled map," and yet it's a challenge he's embraced for this project.

To get the full effect of the project, stop by Divisadero Street at McAllister to see the large-scale piece in person. And if you're inspired by the history of San Francisco and want a copy of the map or book yourself, donate to the Kickstarter campaign to get the project off the ground.