8 Washington Backers Appeal One Decision Today, But Won't Argue Another

In news for watchers of the 8 Washington saga, the proposed condo development's backers have decided not to appeal a recent big decision against them. Read on for the nitty-gritty in the latest installment of the contentious battle over Seawall Lot 351's future.

Susan Brandt-Hawley, the attorney representing Defend Our Waterfront, a coalition of groups opposed to the project, told the court during a hearing today that the developers of 8 Washington and the Port of San Francisco won't appeal a decision saying the environmental impact review (EIR) for the entire project is invalid. The California Superior Court ruled the EIR wasn't legal because a traffic study was inadequate.

"8 Washington is not even at square one," said Jon Golinger, an environmental attorney involved in opposing 8 Washington. "They don’t even have a project." When asked whether the condos are still in the works for Seawall Lot 351, Diane Oshima, the Port's assistant director for waterfront planning, issued this statement via email: "While the appellate court decision invalidated the 8 Washington EIR, the ENA (Exclusive Negotiating Agreement) is still in effect for SWL 351. Any project there would have to resolve/complete CEQA review prior to Port or City approval actions." 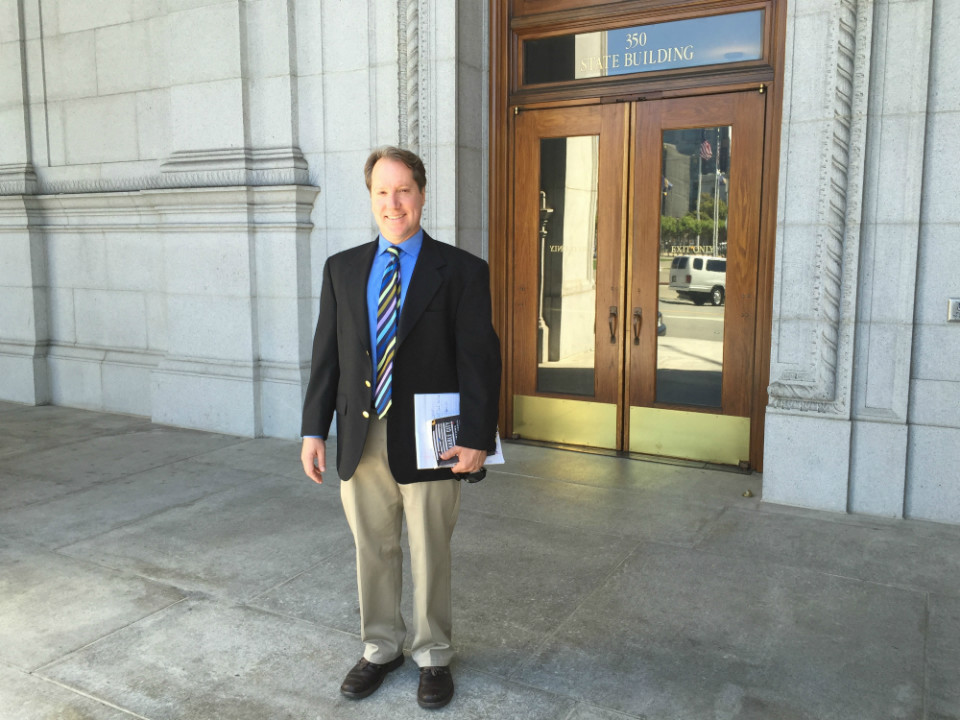 The EIR appeal decision was the latest in a series of setbacks for 8 Washington. Proposition B, passed last June, says the city's voters must approve if a project plans to exceed height limits on the waterfront, which 8 Washington would. (Although that is tied up in the courts, the law is being enforced until it's resolved). So the condos would either need voter approval, or the developer would need to redesign them to stay within height limits. Now, the city will have to prepare a new EIR for the parcel as well. (8 Washington would include the public seawall lot as well as privately owned land that the Bay Club at the Gateway now leases.)

And, while the panel of three judges at today's hearing have up to 90 days to issue a decision, Golinger said the arguments from the State Lands Commission (SLC) hoping to overturn a decision  were weak. The SLC appealed to overturn a Superior Court ruling that requires a California Environmental Quality Act (CEQA) review of a parcel of public waterfront land included in the 8 Washington deal.

"I thought the arguments were a sign of desperation that the 8 Washington project is on life support and they’re trying to give it a few last breaths of oxygen to keep it alive, but it's terminal," he said. Brandt-Hawley, attorney for Defend our Waterfront, can't comment until a decision is issued.

The SLC argued a CEQA review is not necessary on two counts. First, attorney Joseph Rusconi argued on standing that the case should be thrown out because there should have been an objection to the CEQA exemption prior to project approval. He said Louise Renne, a former city attorney active in Defend Our Waterfront, saw an SLC staff report online at one point that talked about the CEQA exemption, and she should've brought it up earlier.

"It’s sort of a 'speak now or forever hold your peace' argument," Golinger explained. "It’s an attempt to gag citizens by deterring them from speaking at any public hearing by arguing if you don’t make every argument under the sun, you can’t object to them later. Sometimes it’s legitimate, but here it seemed quite bogus on its face." Brandt-Hawley also argued in court that the staff report wasn't adequate public notice, because "nothing in CEQA allows Internet notice."

Another argument Rusconi made was regarding semantics between the use of "title and boundary dispute" and "title and boundary problem" concerning a land swap of Seawall Lot 351 for a private, grassy parcel adjacent to it. Pacific Waterfront Partners, developers for 8 Washington, have previously said they cannot comment on any litigation.

Renne, who attended the hearing, said this case was related to Proposition B in that, according to her, it's a way for special interests to wrest control of public land. "It’s a power grab by a lot of people who have economic interests in and around the Port. They can control the SLC. They can’t control the locals. So they want them removed." She added, "I’m not sure people in city government have awakened to the fact that if the State Lands Commission wins, the mayor can’t get involved, the Board of Supervisors can’t get involved and the citizens of San Francisco can’t get involved in their own waterfront."